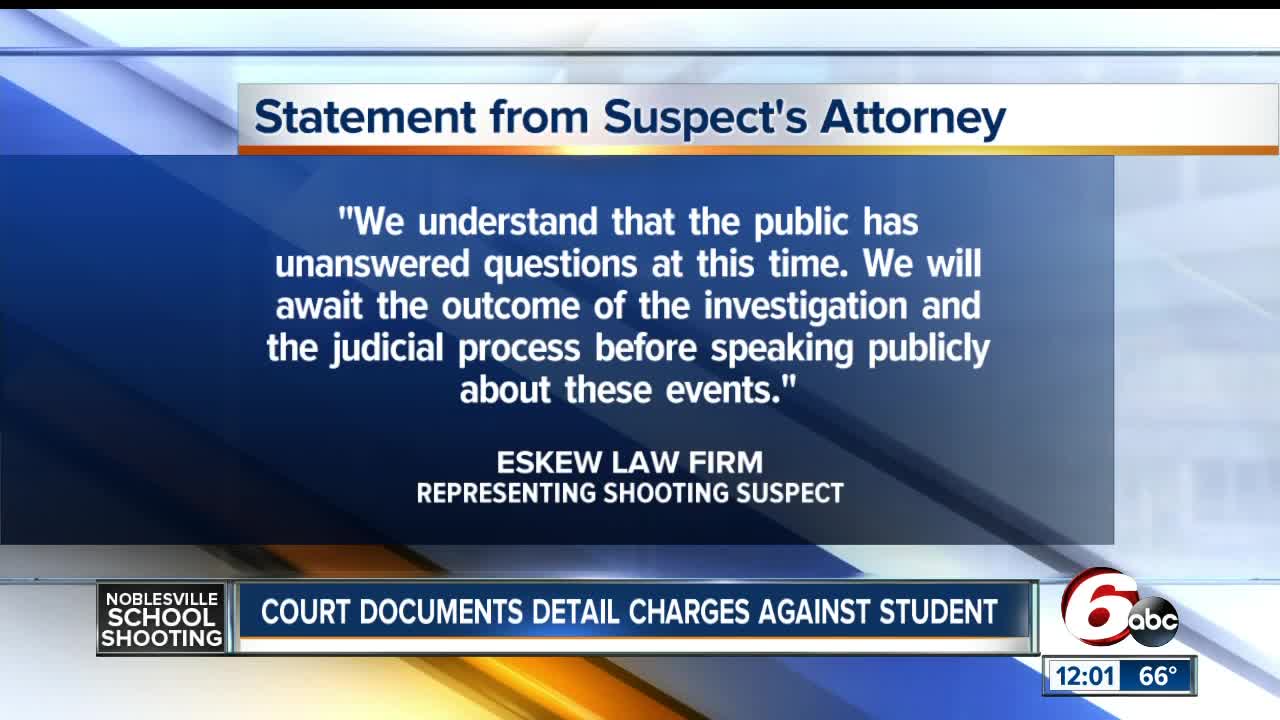 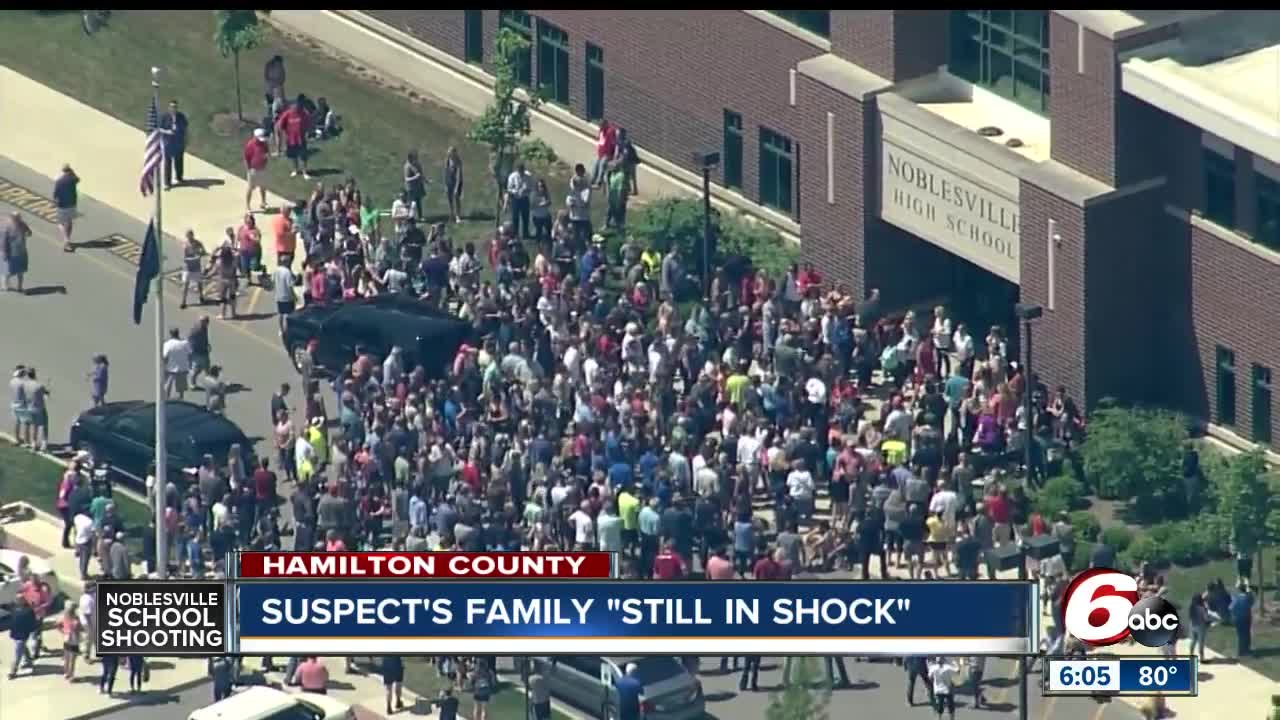 NOBLESVILLE, Ind. -- The family of the Noblesville suspect is "still in shock" over the shooting at a middle school, according to a statement provided by the family's law firm.

Indianapolis-based Eskew Law released the statement on its website, also asking for "patience and privacy during this process."

Hamilton County prosecutors filed charges Tuesday against the 13-year-old suspect, a student at Noblesville West Middle School. He is accused of opening fire in a classroom last month, injuring a teacher and student.

The prosecutor filed a petition, alleging the 13-year-old shooter is a "delinquent child," meaning he committed acts that would be a felony or misdemeanor crimes if committed by an adult.

PREVIOUS | Charges filed against 13-year-old Noblesville school shooter, will not be charged as adult

The Hamilton County Prosecutor has released the name of the 13-year-old suspect, but RTV6 does not name juvenile offenders unless they are charged as adults. The teen is accused of walking into a classroom with two handguns and opening fire, hitting Ella Whistler seven times and her teacher, Jason Seaman, three times.

Today the Hamilton County Prosecutor's office has formally filed a petition alleging delinquency against our client for the shooting that occurred at Noblesville West Middle School on May 25th, 2018.

Our firm and our client's family are still in shock over the events that morning. Our thoughts, prayers, and condolences go out to those involved, including Ella, Mr. Seaman, all the students and staff of Noblesville school community and their families and friends. Additionally, we are thankful for the heroic first responders on the scene who provided aid and support, including Mr. Seaman and all the teachers of Noblesville West Middle School.

We understand that the public has unanswered questions at this time. We will await the outcome of the investigation and judicial process before speaking publicly about these events. We ask for patience and privacy during this process. In the meantime, we ask the public and the media to focus their well wishes and attention on Ella, Mr. Seaman and all those adversely affected by this tragedy.