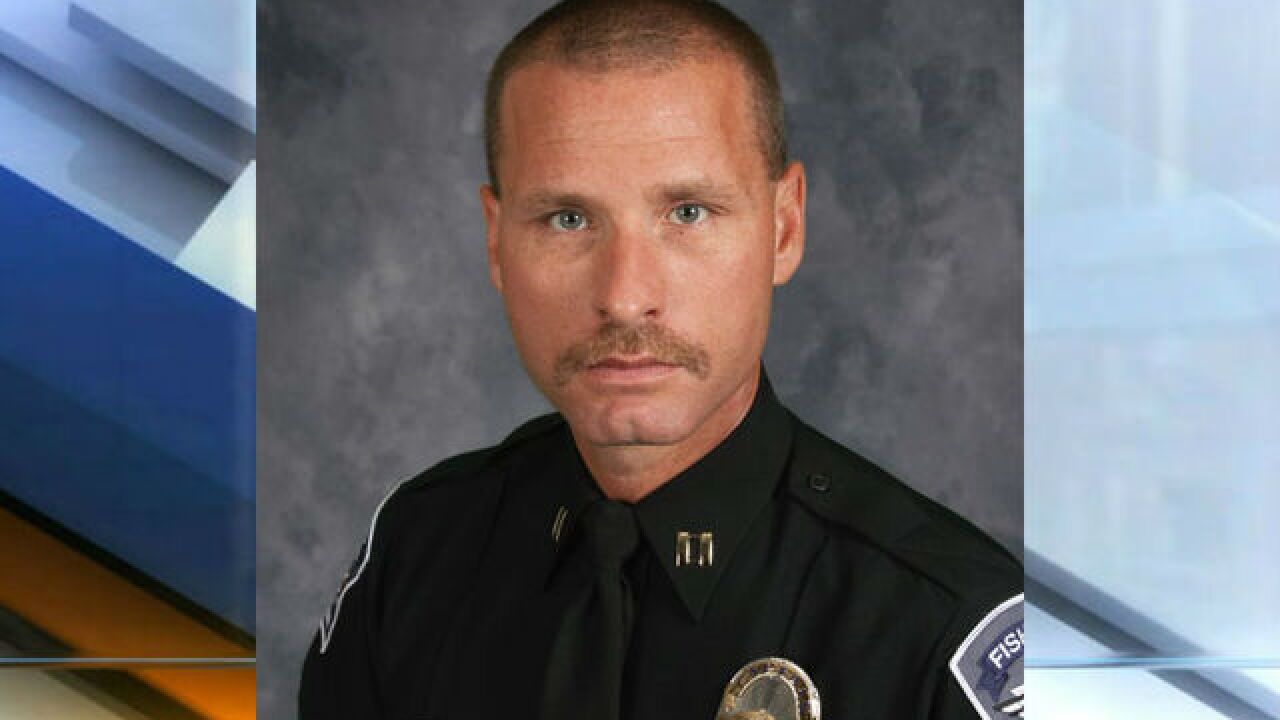 FISHERS, Ind. -- Fishers Mayor Scott Fadness has appointed somebody to be the city's new chief of police.

The previous Fishers Chief of Police, Mitch Thompson, stepped down last month after he was arrested on suspicion of operating while under the influence. Thompson said he fully intends to cooperate in the departmental investigation.

Throughout his tenure with the Fishers Police Department, Gebhart has held the following positions:

“During his nearly two decades with the City, Assistant Chief Gebhart has demonstrated thoughtful, proactive leadership and adaptability,” Fadness said in a release. “Through his career experience as a member of the SWAT team, a field training officer and patrol commander, and most recently as Assistant Chief where he led the development of the Fishers Crimewatch App, Gebhart has demonstrated the resident-centered approach and entrepreneurial thinking that we pride ourselves on as a City. I am confident that Chief Gebhart will lead our police department with this same dedication, putting our residents’ needs first and ensuring that Fishers continues to lead the nation as a safe city.”

Gebhart and other officers will be sworn in on Friday, Sept. 7 at 4:30 p.m. at the new Fishers Police Department Headquarters located at 4 Municipal Drive in Fishers.