HAMILTON COUNTY, Ind. -- The E.coli levels are once again far above safe levels in Fall Creek at Geist Park.

According to the Hamilton County Health Department's website, this month's reading came back as "unsatisfactory."

The water sample from August was taken from the park, which is located just north of Geist Reservoir and shows more than three times the amount of colony forming units of E.coli, compared to July. 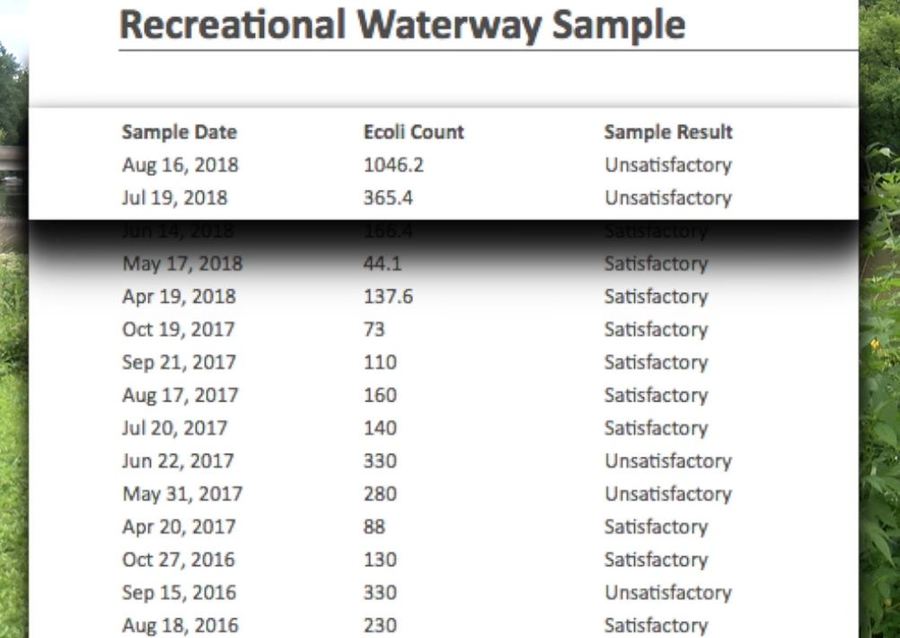 The Hamilton County Health Department tests 19 different areas on a monthly basis for the recreational season. Last month, those tests from Fall Creek at Geist Park came back “unsatisfactory,” meaning the E. coli bacteria levels were higher than is considered safe.

The Hamilton County Health Department says E. coli in water shows contamination from raw sewage, and exposure can cause illness and infections.

In the most recent test, the water sampling in Fall Creek at Geist Reservoir showed 365.4 Colony Forming Units. The EPA guidelines suggest anything higher than 235 CFU is not safe for body contact.

READ | Family in Geist faces $75,000 decision over patio that city wants them to tear down

The health department says since they only monitor the water once a month, they don’t issue warnings or close recreational areas. They just put the test results online so that people can track the water near their home and make those determinations on their own.

If you do swim in any public area, the health department recommends showering as soon as you get home, regardless of the test results for that area.

If you’re concerned about the water readings in an area near you, you can call the Hamilton County Health Department at 317-776-8500 or contact them online at Health@hamiltoncounty.in.gov for more information.