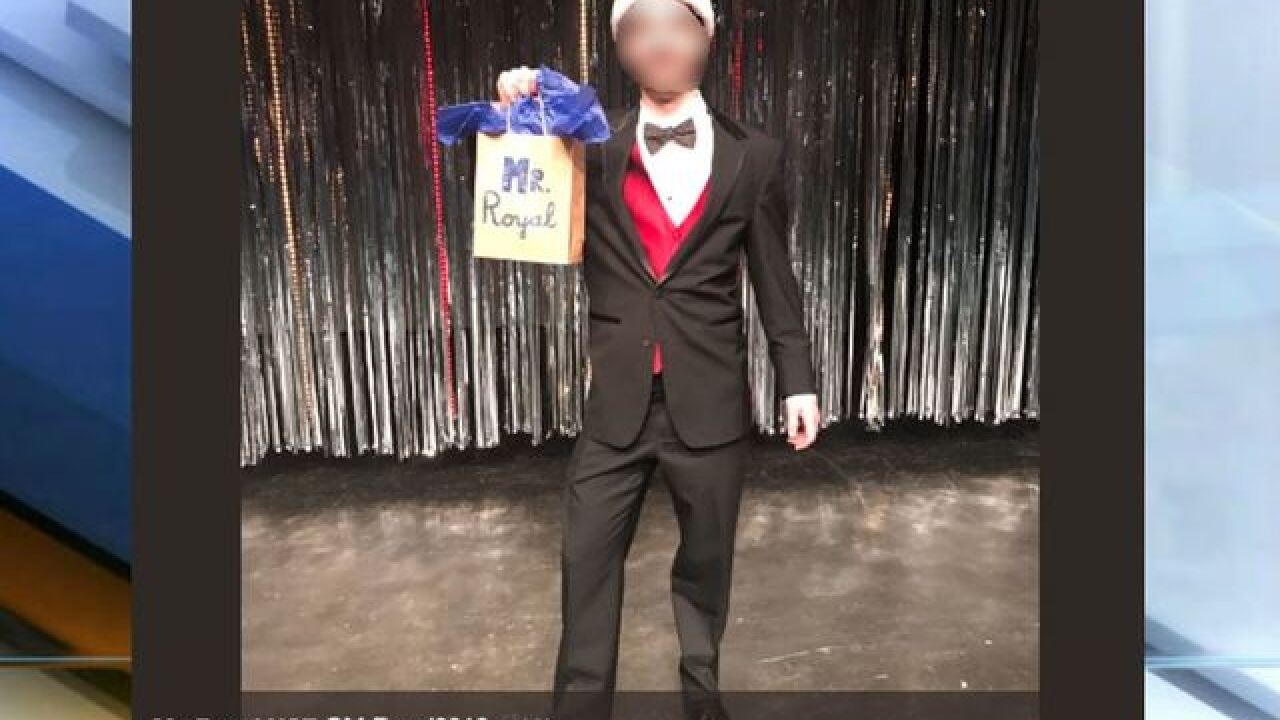 HAMILTON COUNTY, Ind. – A Hamilton County school is facing intense criticism after staff awarded a teen accused of sexually assaulting at least one other student the title of “Mr. Royal 2018.”

Mr. Royal is a talent competition put on as a fundraiser by Hamilton Southeastern Schools’ National Honor Society. Teachers and staff vote and choose the winner of the competition.

Students in the district have been sharing their concerns over social media with the hashtag #NotMyMrRoyal.

A police report has been filed in the case, but because the teen has not been charged with a crime, RTV6 is not releasing his identity.

A 10th-grade student who has now transferred from Hamilton Southeastern High School alleges "Mr. Royal" raped her back in September.

To protect that student’s identity as a victim RTV6 will not be using her or her parents' names.

“He was very popular and I knew if I came forward I didn’t really think anything would be done and people would blame me,” said the young girl.

The girl’s parents say she had to transfer schools because of the incident.

The alleged victim and her family say they brought the incident to the administration’s attention and they even have a protective order against the teen.

“We notified the school immediately speaking first with the guidance counselor at HSE,” said the child’s father. “And then once the gravity of everything that had happened started to unravel, we then spoke to the dean of students."

“He got crowned king and it was likely somebody had just punched me because it was so degrading,” said the victim.

Hamilton Southeastern Schools issued the following response to the claims.

"We are aware of the posts on social media in regard to last night's school and community fundraiser. We take all information about inappropriate or illegal behavior seriously, and we are looking into the matter at this time along with our partners in law enforcement."

We have reached out to the student involved but he has not yet responded to our request for a comment.