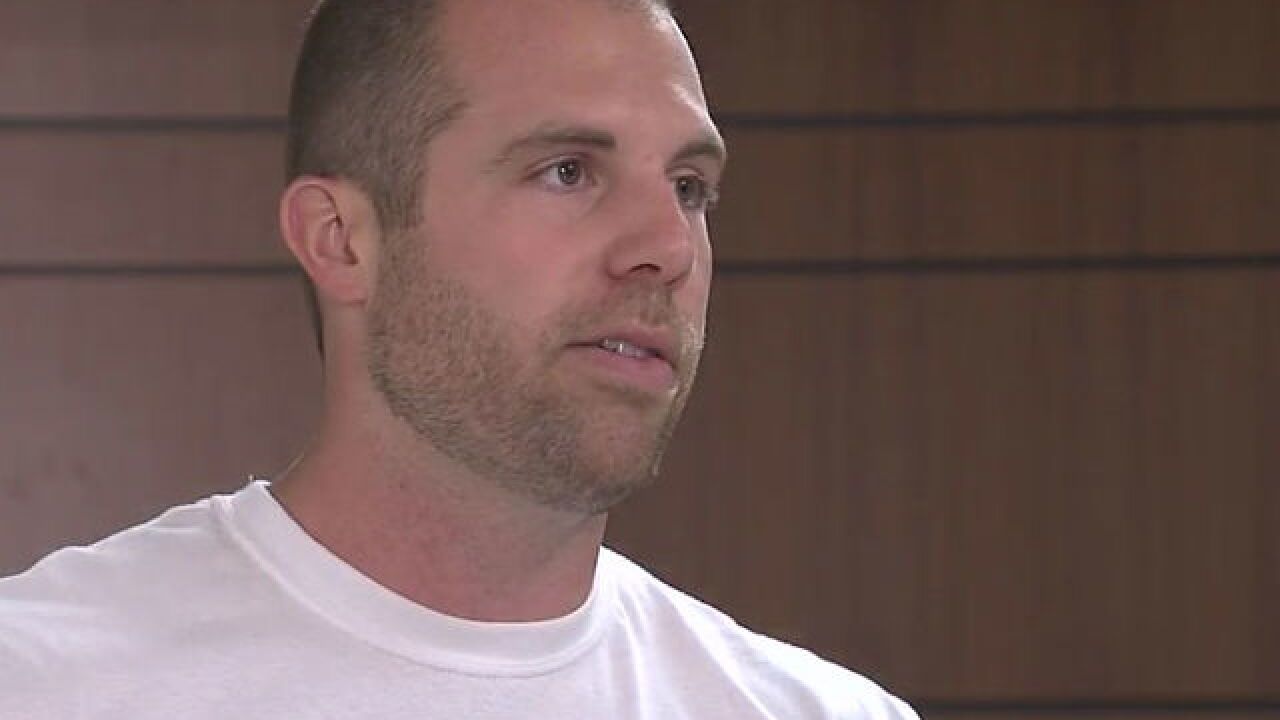 CHICAGO -- The hero teacher of the Noblesville school shooting, Jason Seaman, threw out the ceremonial first pitch at the Chicago Cubs game Sunday.

Seaman wore a No. 18 jersey with his name on it for the game.

The science teacher stopped a shooter at Noblesville West Middle School in May He was shot three times in the process. Ella Whistler, 13, another student at the middle school, was also hit in the shooting.

At the @Cubs game w/ our friends from Nobelsville, IN. #HeroTeacher Jason Seaman (who helped stop the Nobelsville school shooting) threw our first pitch ⚾️👍🏼 pic.twitter.com/P803F9oIDo