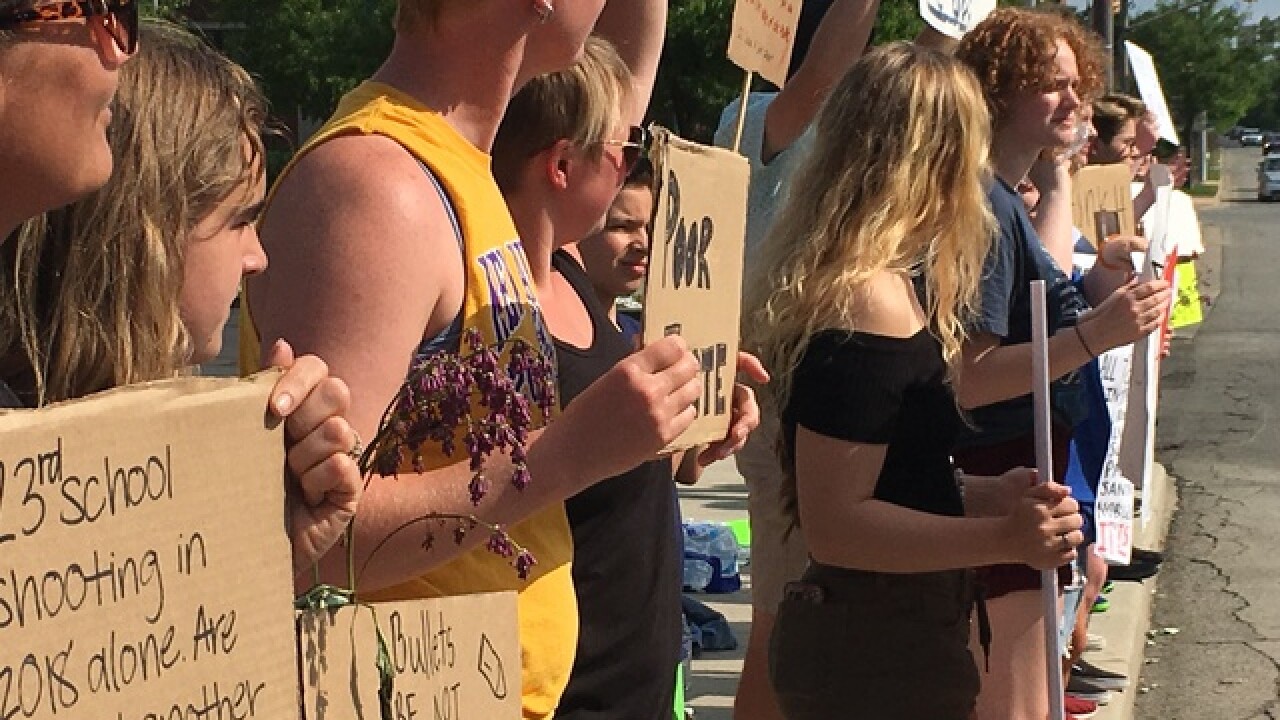 NOBLESVILLE, Students and their parents gathered outside a local gun store to protest and plead for gun reform following a shooting at a Noblesville middle school.

Hoosier Academy was holding its "Grand Opening" and an NRA tent was set up outside the store as part of the event.

The managing partner of Hoosier Armory, Rich Ripple, said they didn't cancel because grand opening had been planned for six months and the NRA was invited long before the shooting took place.

He told RTV6 Graham Hunter that they support the second amendment but they also support the students' right to protest.

The students made signs that said things like "Never Again" and "Gun Reform Now" in response to the shooting of that injured a teacher and another student.

"I think a lot of people are thinking that what we want is for guns to be taken away," said Junior Emily Cole. "But I think that what we really want is to feel safe in our classrooms because having a code red when we were told to assume alice positions in our high school we were scared for our lives and we never want to feel like that again - we never want to feel like we are being targeted in our own school."

Several students also gathered outside the Indiana Statehouse Saturday morning to rally and demand action from lawmakers in the wake of Friday's shootings.

"My other daughter here is very passionate about it, so I said alright, it's time to do something," said Jill Golightly whose daughter goes to Noblesville West. "And as she had mentioned, I don't think any solution is perfect. But we have to do something to just prevent from anyone having to hear the stories that I had to hear what she went through being barricaded and running down the hall and just hoping the gunman behind her."

13-year-old Ella Whistler remains in the hospital in critical condition after she was shot by an unnamed student on Friday.

Her science teacher, Jason Seaman, is being hailed a hero after he tackled the gunman and took three bullets in the process. He was released from the hospital Saturday.