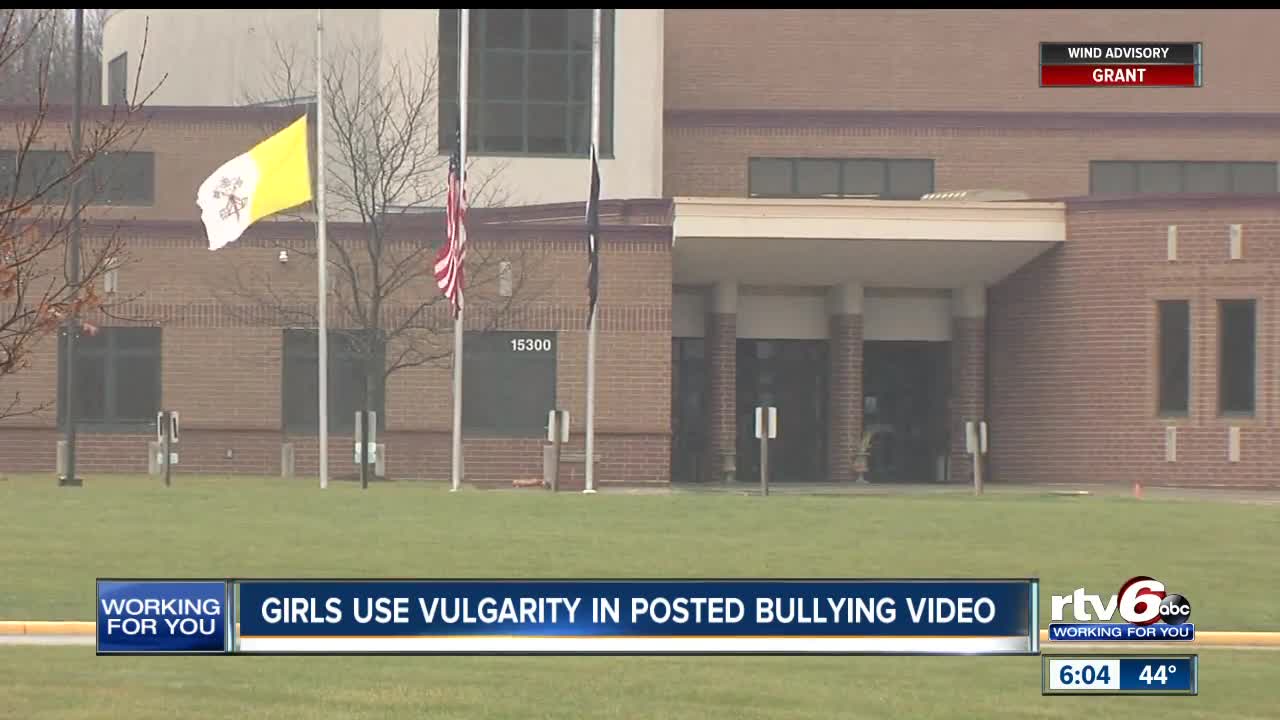 NOBLESVILLE — A video posted to social media this week appears to show five cheerleaders from Guerin Catholic High School in Noblesville taunting and bullying a classmate with crude language and vulgar gestures.

The video begins with the girls directly calling out the victim and then saying, "We hope you enjoy, but first we hope you get deodorant."

The girls in the video then proceed to perform an insult-laden, profane rap about the classmate identified at the start of the nearly 90-second clip.

The school responded on social media.

"We have recently been made aware that a group of our students created an inappropriate video that was posted on social media," John Atha, president of Guerin Catholic, said in the statement. "As Christians, we strive to respect the dignity of each human person and this behavior will not be tolerated."

Atha said school administrators are providing support and are in contact with the families involved to "work through the disciplinary process."