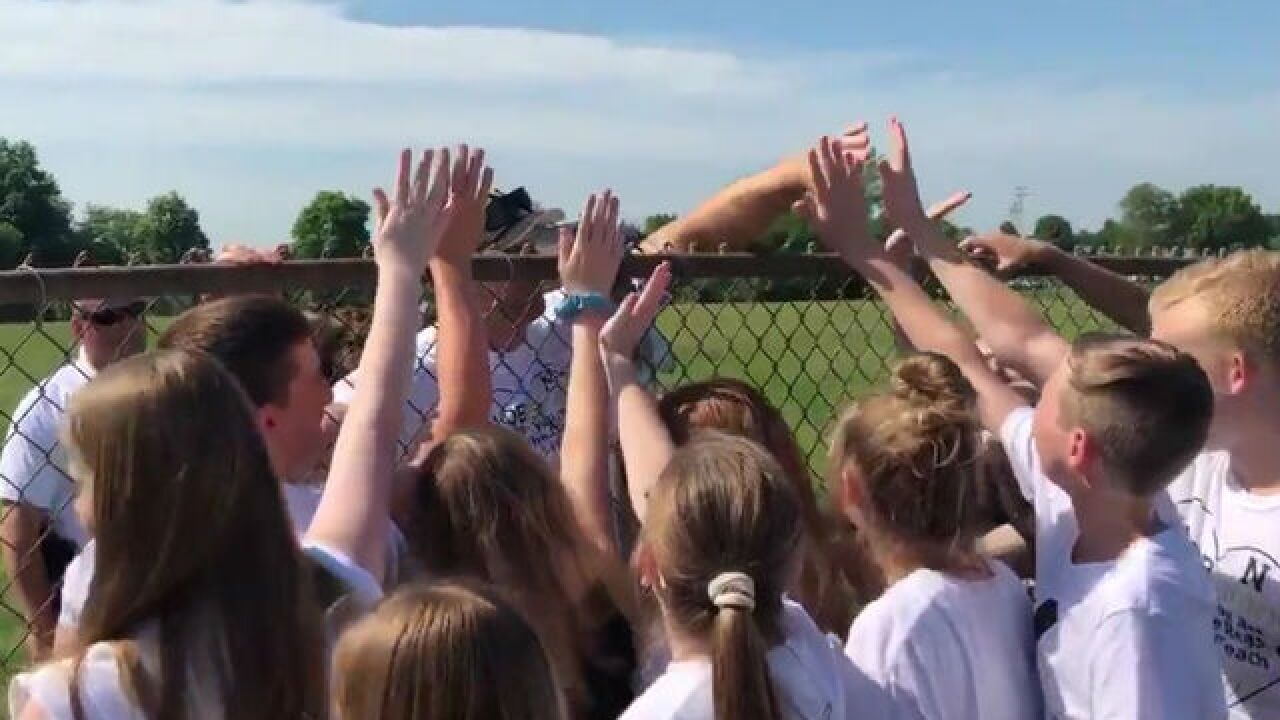 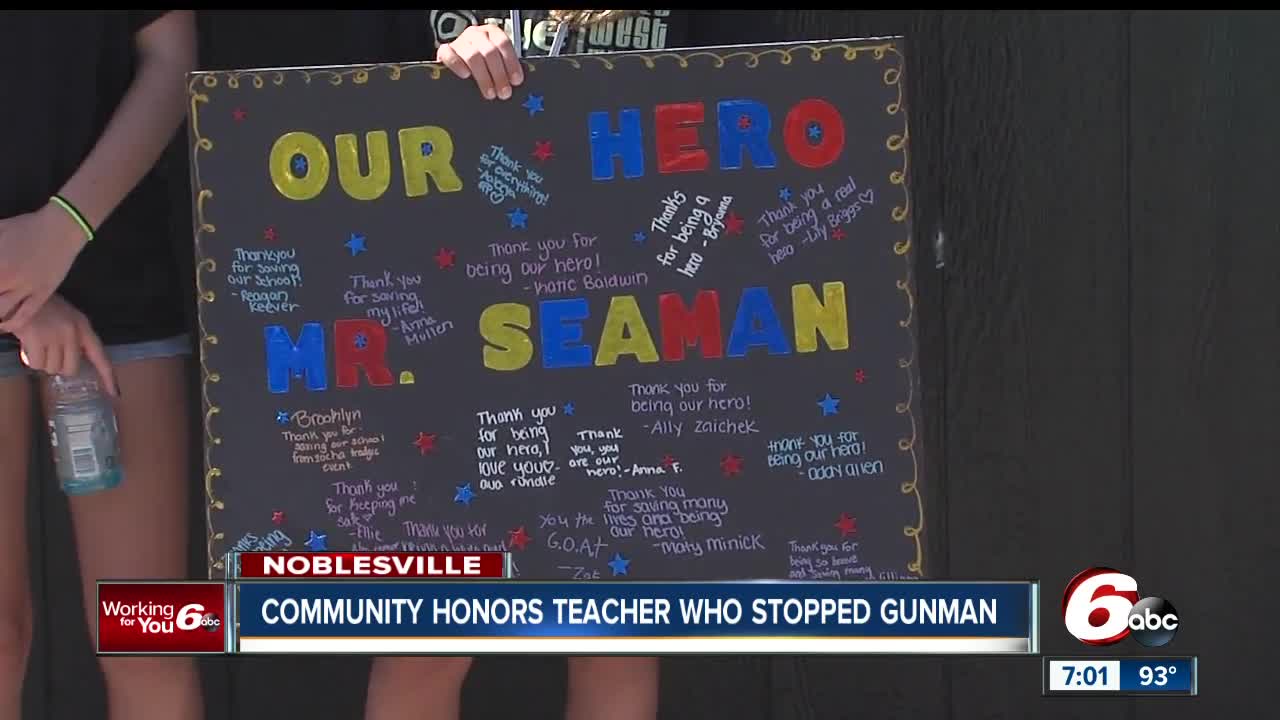 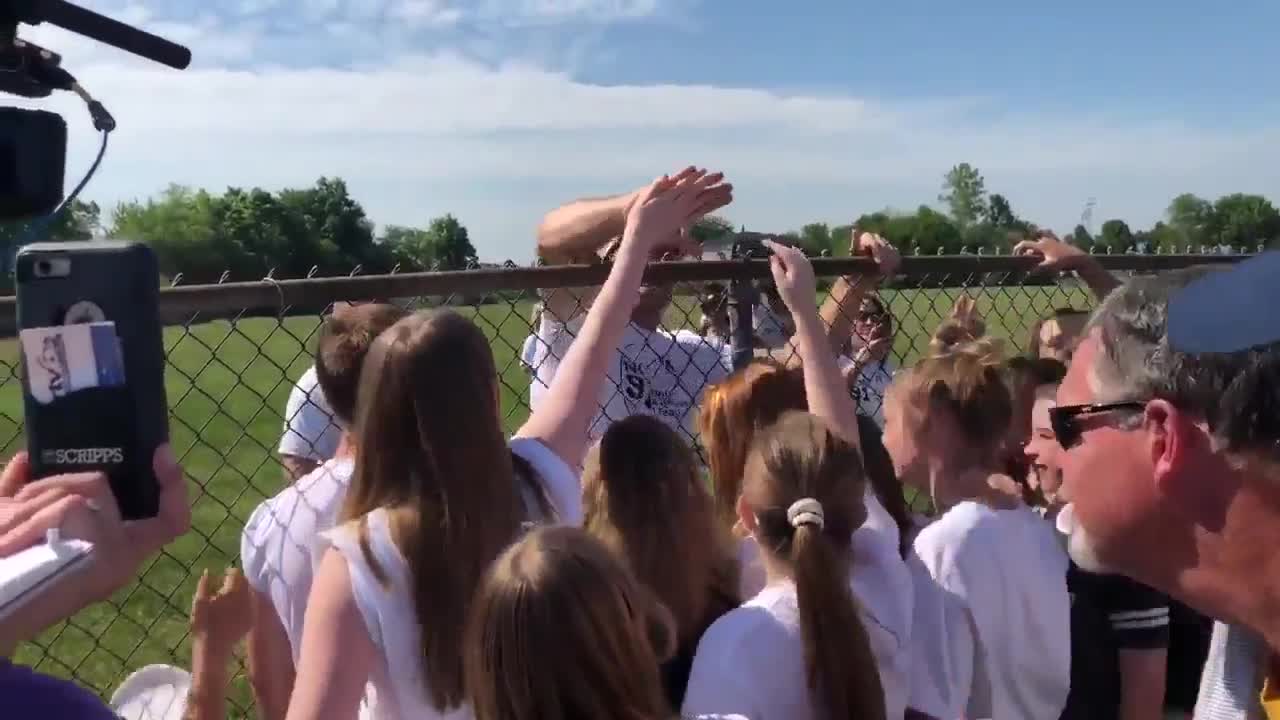 There was a special moment after the game as Noblesville West Middle School Hero Jason Seaman met Miller Baseball player Jackson Ramey. Ramey organized the GoFundMe page for Seaman that has raised over $70,000! #WAT pic.twitter.com/M9Q1ZFEUwH

In an especially powerful moment, Seaman walked to some of his students who wanted to see him, with a fence separating them. The students said they were glad to see him, and he gave them some high-fives.

"If it weren't for him, we, that could have been so much worse. He literally risked his life for us," said Niah Johnson, 8th grade.

"At some point soon, I want to shake that man's hand. He's an absolute hero. He's actually the reason that my daughter is here today," said Ryan Lowry, parent.

Watch video of the interaction with the students in the player above.

Police say Seaman, 29, tackled a student who started firing in his classroom Friday morning. He was shot three times during the incident, but released from the hospital Saturday.

Noblesville Schools is selling T-shirts to raise money for Seaman and the other victim in the shooting, Ella Whistler. Whistler's family said she is doing well at Riley Hospital for Children. Noblesville sold out of T-shirts at the game, raising more than $10,000 for Seaman and Whistler.

To buy a T-shirt to support Seaman and Whistler, click here.

Happening right now: @katieheinz6 is interviewing students who are telling her how happy they are to be here and see Jason Seaman. One told her since the shooting it’s been very hard to even sleep at night since the shooting happened at Noblesville West Middle School. pic.twitter.com/3S7pRZq8or

Noblesville West Middle School teacher who was shot last Friday Jason Seaman just arrived at the baseball game. @rtv6 He was honored at the start of the game. pic.twitter.com/pOnXijcpHl