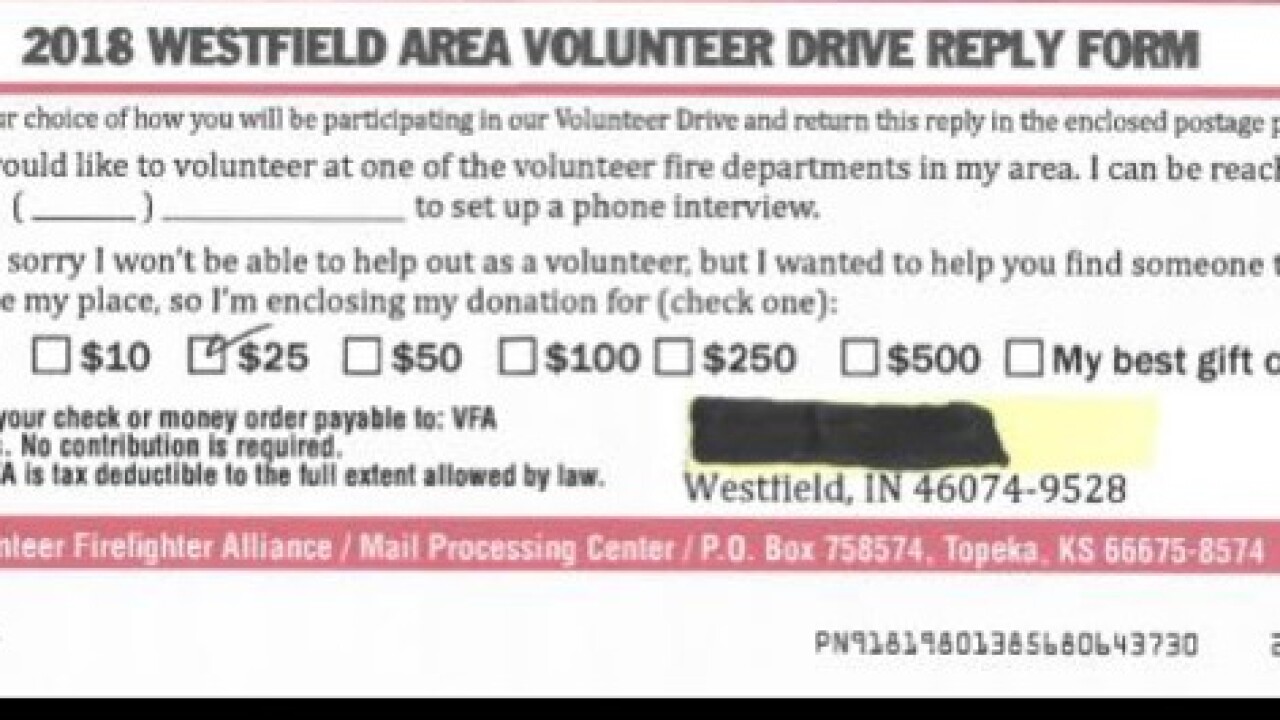 WESTFIELD, Ind. -- The Westfield Fire Department is warning people about a possible scam being mailed to homes in Hamilton County.

An official with the City of Westfield says some people have found a document in their mailbox that says, "2018 Westfield Area Volunteer Drive Reply Form". The piece of paper says you can donate money or leave your phone number to help one of the volunteer fire departments in the area.

A representative of the city says no one in her office has even heard of a group collecting donations this way. The Westfield Fire Department said in a Facebook post that it is not associated with this alleged organization and they don't solicit donations in this manner.

If you receive this form, you are urged not to fill it out since this may not be a legitimate organization.