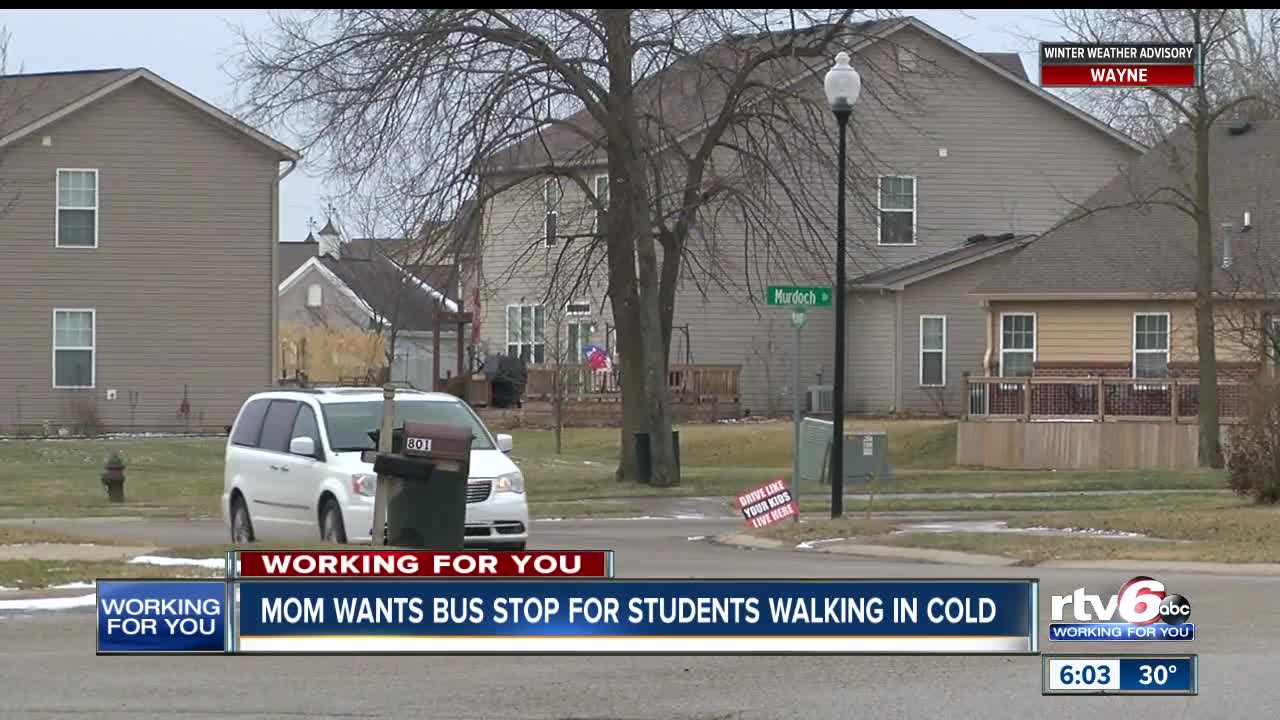 GREENFIELD — With temperatures expected to be below zero this week, a Greenfield mother is pushing to change a school policy.

Greenfield-Central Schools policy states anyone who lives less than a mile from their respective building - whether it's the elementary school, middle school or high school - are considered to live within the "walk zone." Therefore, the bus won't pick them up.

"Unfortunately the time school starts is 8:30 and most places you work are going to start at 8 o'clock so you can't drop your child off any earlier," Melanie Hughbanks said.

Hughbanks isn't able to drive her daughter to school because of her work schedule, and has to make other arrangements so she doesn't have to walk three-quarters of a mile in very cold temperatures.

"I pay taxes that the school bus is supposed to be associated with them," she said. "So either give them the stop or don't make them go to school when it's freezing."

What frustrates Hughbanks even more is watching the bus drive by her house every single morning. Because their subdivision "Copeland Farms" is so large, some students meet the one mile distance minimum and others don't.

"There's people that are in high school in our complex that the bus comes there to pick them up and then they have to go by the junior high to get to the actual high school," she said. "Why can't they just drop them off that be their bus? It doesn't make sense to me at all."

A school spokesperson told RTV6 the transportation department uses a software that calculates the distance between families homes and the student's respective building. They say this way they are providing safe, efficient and cost-effective transportation for their students

The Greenfield superintendent's office says if a parent has any questions regarding their students safety, they can contact them or the transportation department.