'He saved my life': Fishers handler for fallen K-9 talks about his loss 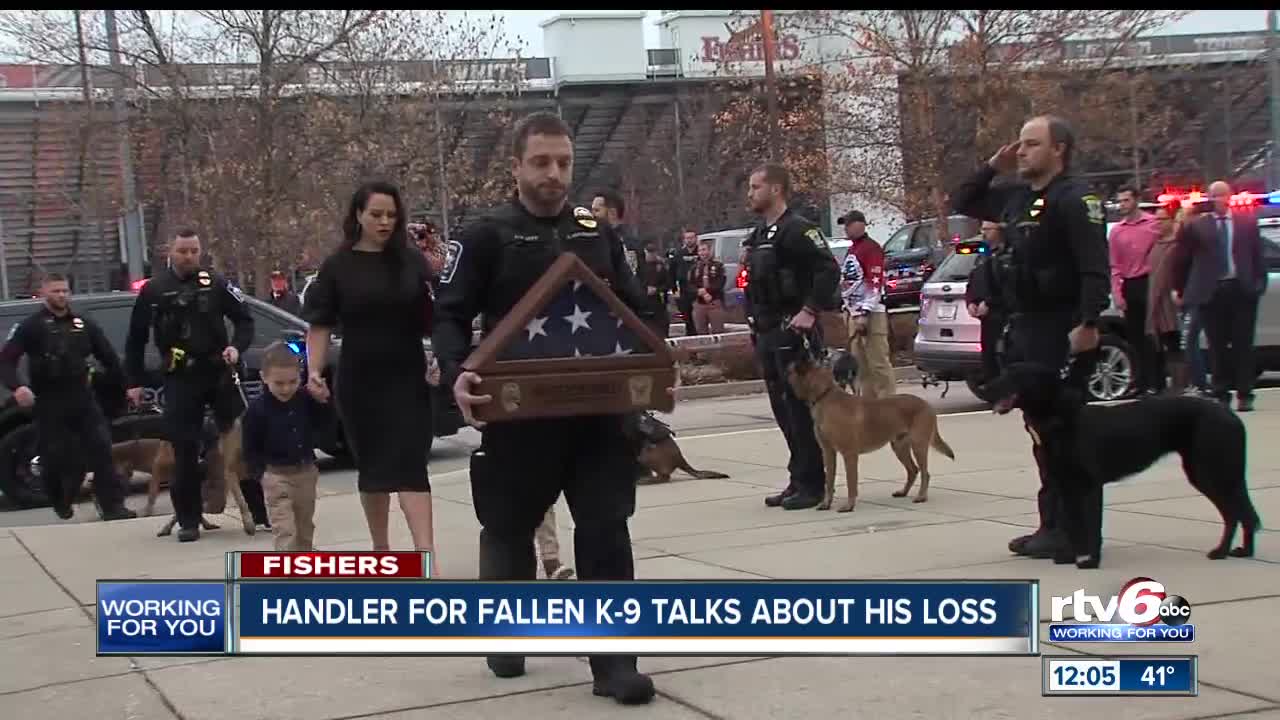 Nine days after his death in the line of duty and Fishers police are still dealing with the sudden loss of a beloved K9 officer.

FISHERS — Nine days after his death in the line of duty and Fishers police are still dealing with the sudden loss of a beloved K-9 officer.

For the last time on Friday, Harlej's handler talked about that fateful early morning when the K9 was shot and killed.

The shooting happened as Fishers officers were chasing after a suspect who'd run into a wooded area near the Saxony neighborhood.

Officer Jarred Koopman says the loss hit his family hard, as his wife and two young sons miss Harlej being home with them.

"At home, he just got to be a dog, which is what I'll remember most about him," Koopman said. "Chewing on his Kong toy, and playing outside and coming up, and just being able to pet him ... he lived a good life at home. But when it was time to work, he was a working dog, and he did a great job."

Koopman says there is no doubt Harlej saved his life that morning.

"He saved my life, and the officer's lives that were there on the scene."

Richard Garrett and Rashanna Farrow were the suspects involved in that chase. Police say Garrett fired the shots that killed Harlej.

Both of the suspects face multiple charges.

Watch Koopman talk about the loss of Harlej in the Facebook Live below: