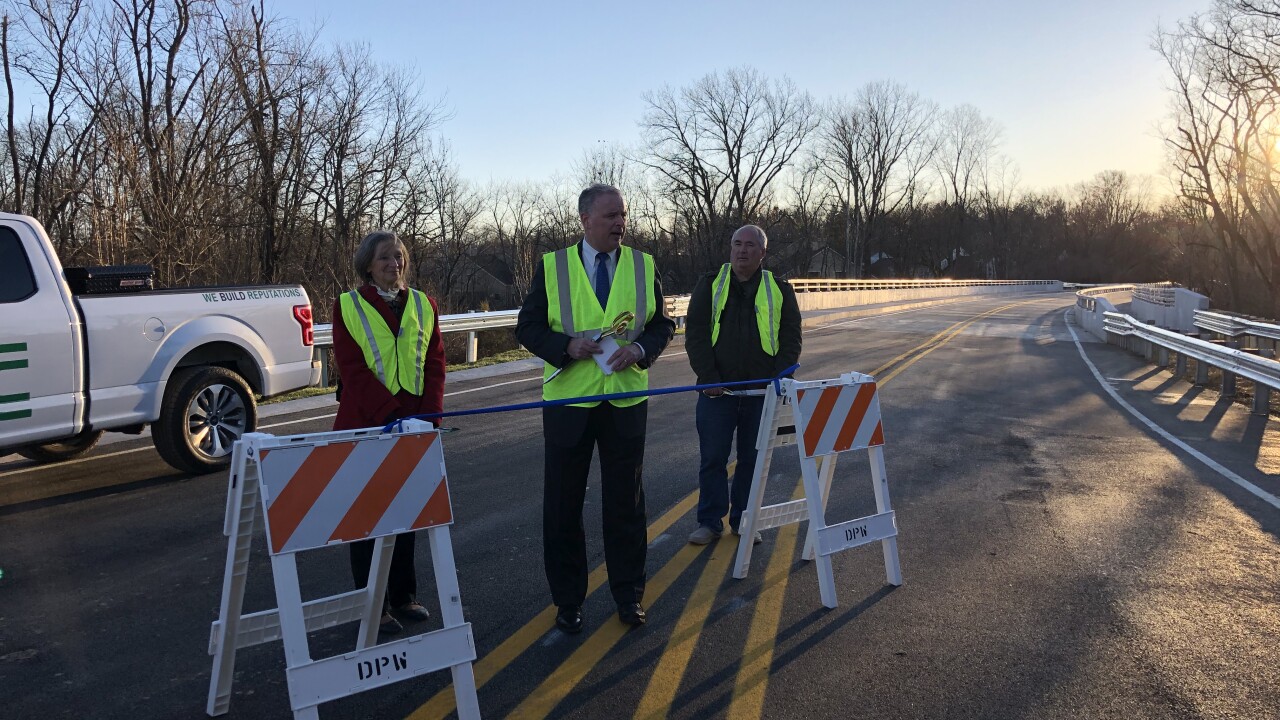 INDIANAPOLIS — West side Indianapolis residents are breathing a sigh of relief. A heavily traveled bridge over Eagle Creek returned to use following a Wednesday ribbon-cutting.

The Dandy Trail bridge was closed by the Indianapolis Department of Public Works in April for a complete rebuild. It was supposed to open in mid-November, but a DPW spokesman says the work was delayed by cold weather which put limits on what construction materials workers could use.

While the bridge was closed, long detours were necessary, causing headaches for drivers who use Dandy Trail to get from one area of the city to another.

The project cost just over $3 million and includes a wider bridge deck, sidewalks, guardrails and a protected multi-purpose path.