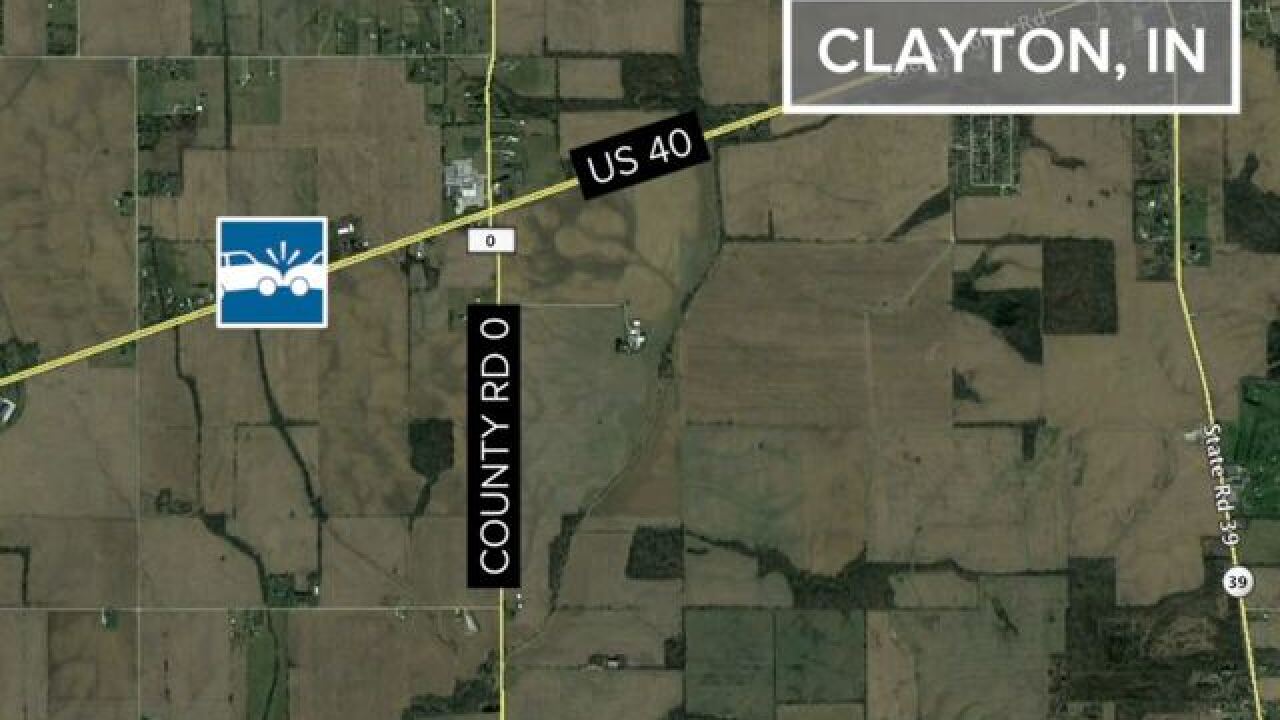 CLAYTON, Ind. -- A 19-year-old Indianapolis man is accused of intentionally driving the wrong way on a Hendricks County road and causing a deadly crash Monday afternoon.

Deputies with the Hendricks County Sheriff’s Department responded to the 400 block of US 40 in Clayton around 12:30 p.m. for a report of a head-on collision.

Witnesses told deputies that a blue SUV was driving westbound in the eastbound lanes at a high rate of speed just prior to the collision. Investigators believe the 19-year-old driver may have been intentionally driving in the wrong direction when he crashed head-on into a silver coupe.

The driver of the couple, Thomas Plasters, 51, was pronounced dead at the scene.

The 19-year-old driver of the blue SUV was transported to an Indianapolis hospital with non-life-threatening injuries.

So far no charges have been filed. The crash remains under investigation by the Hendricks County Sheriff’s Department.