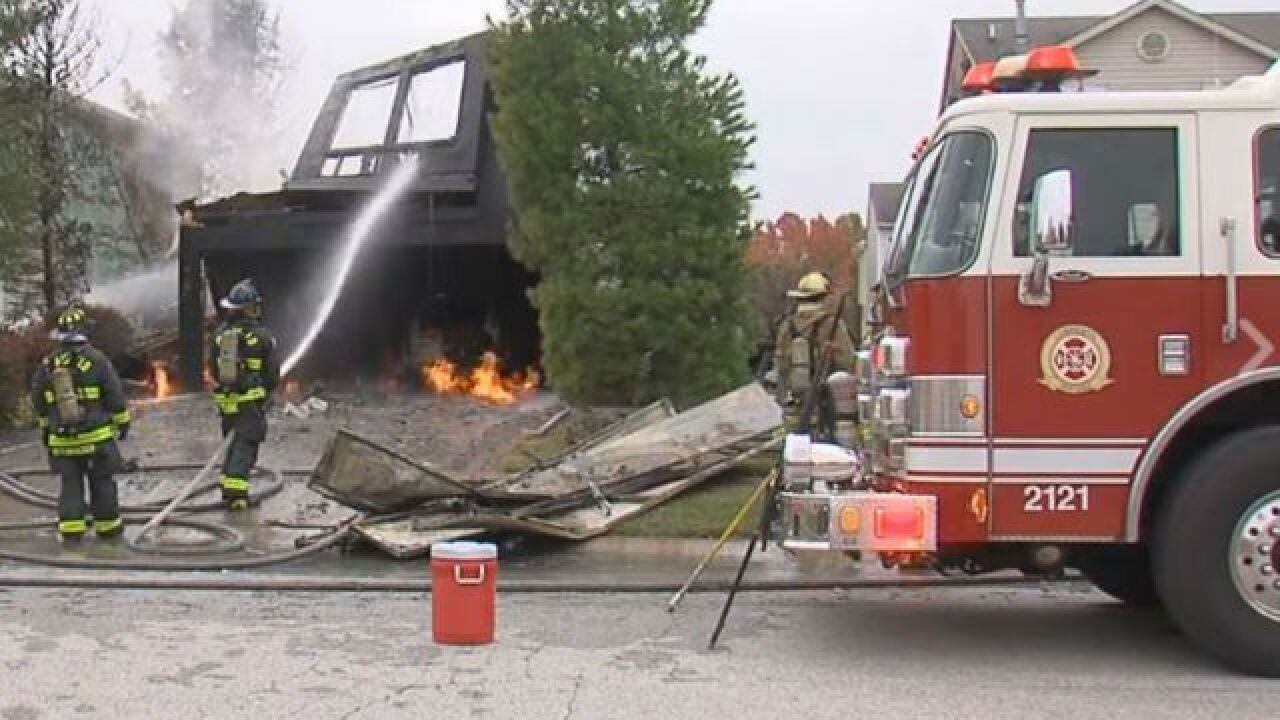 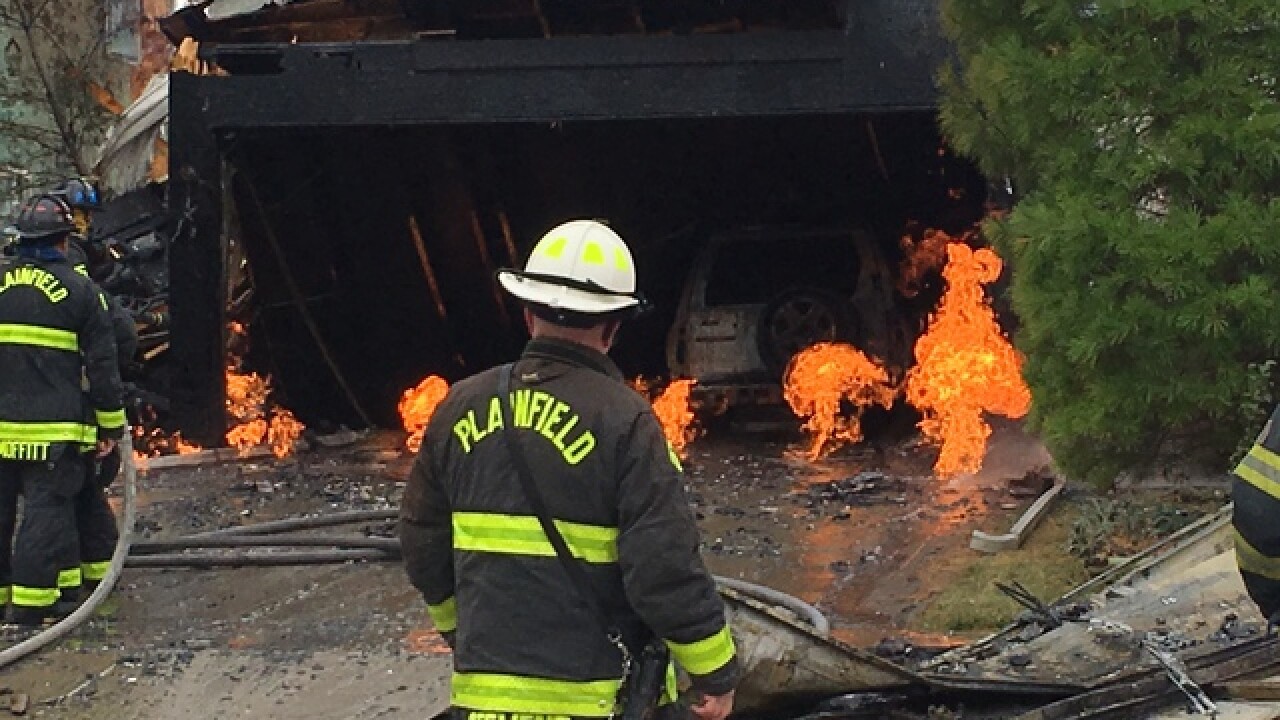 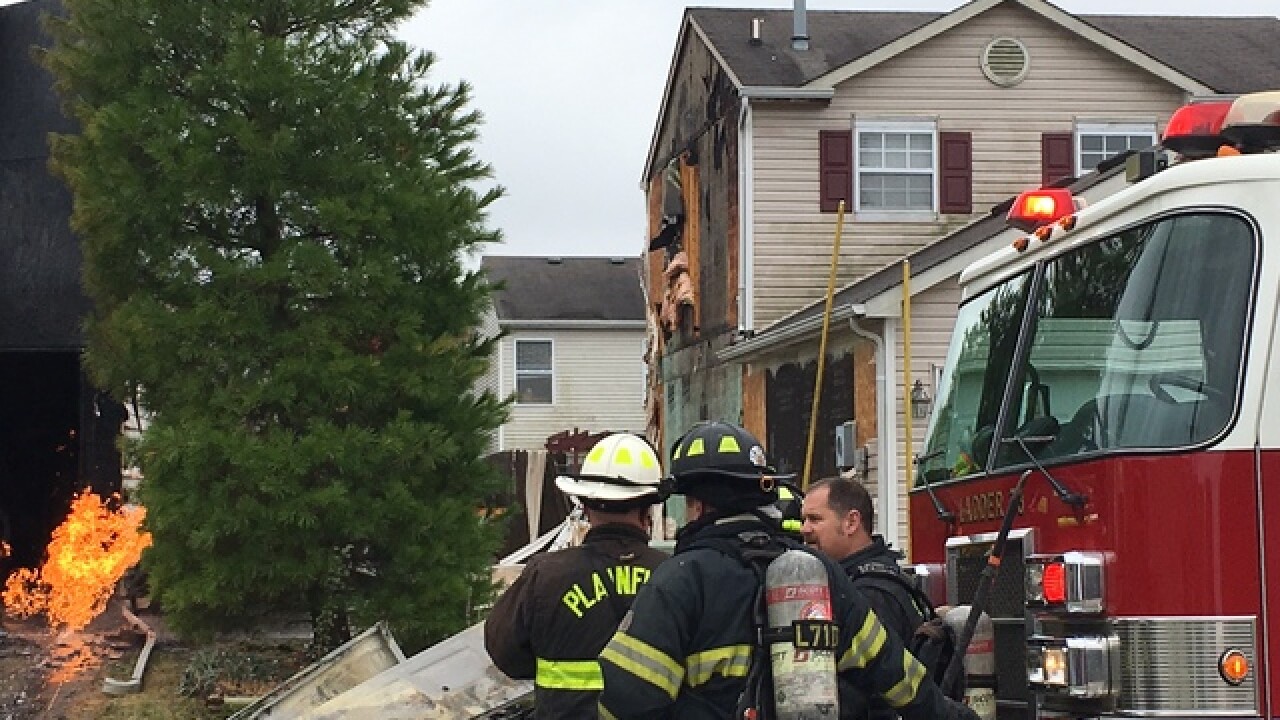 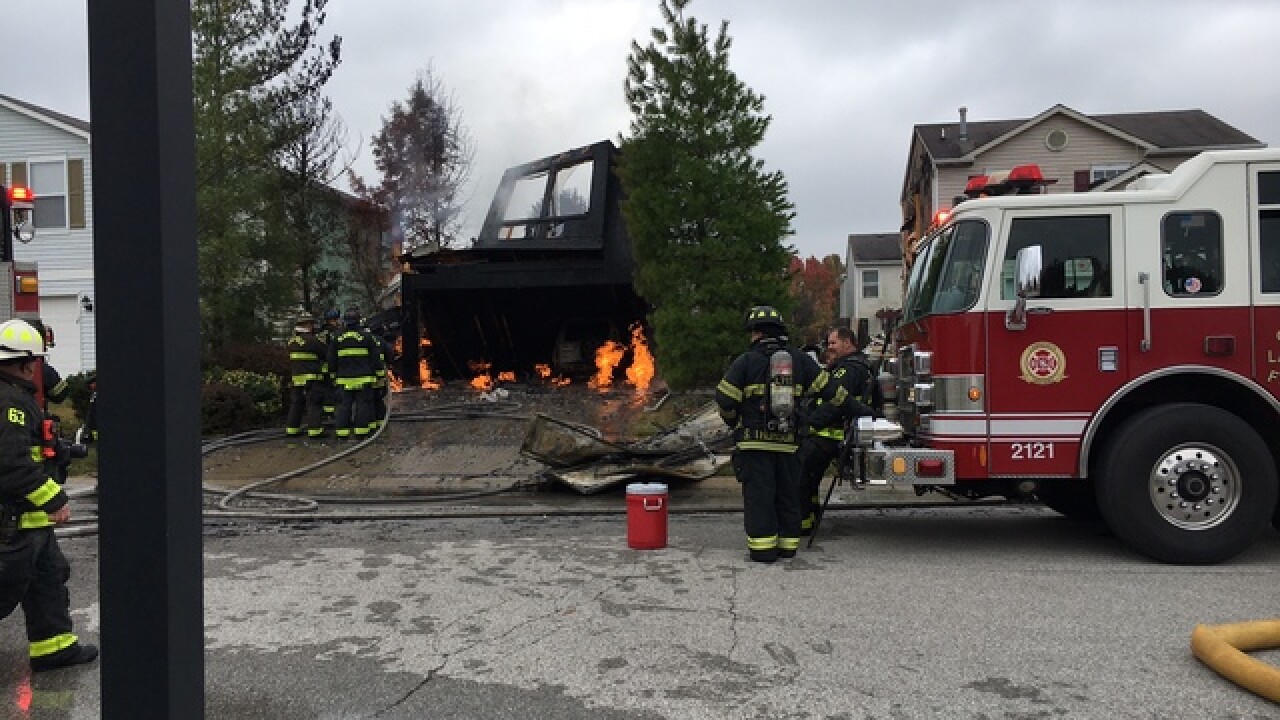 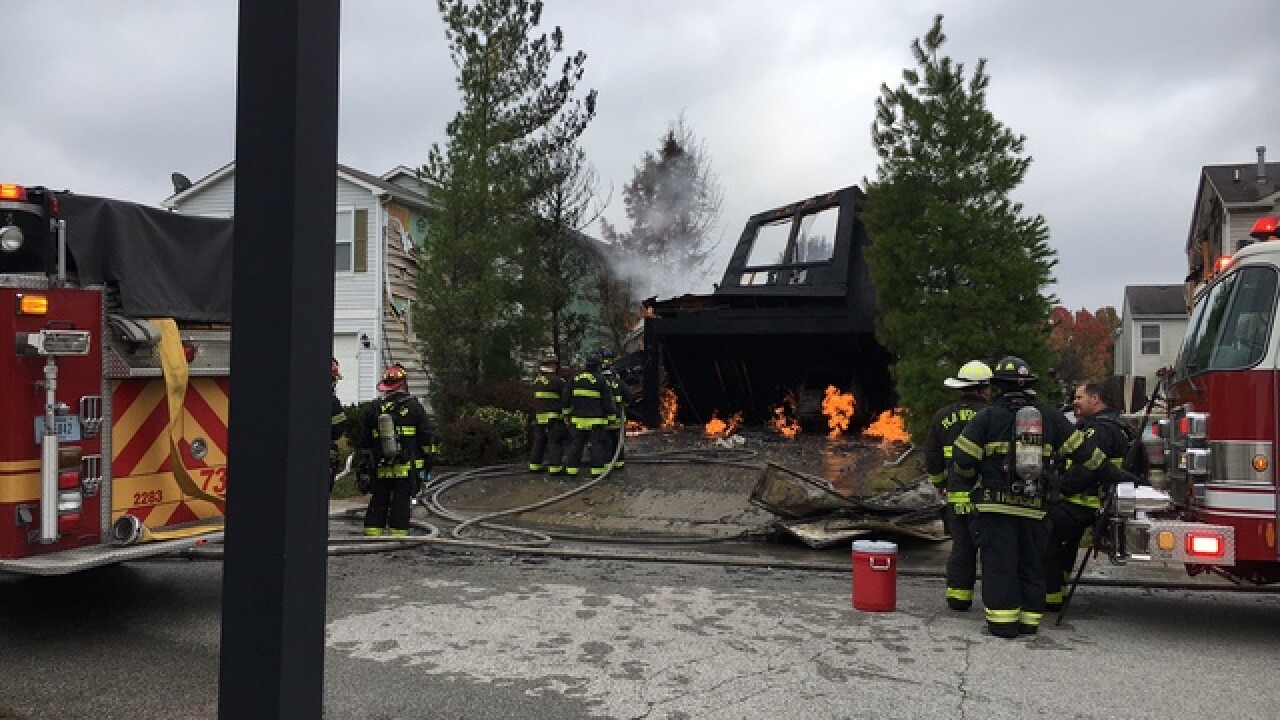 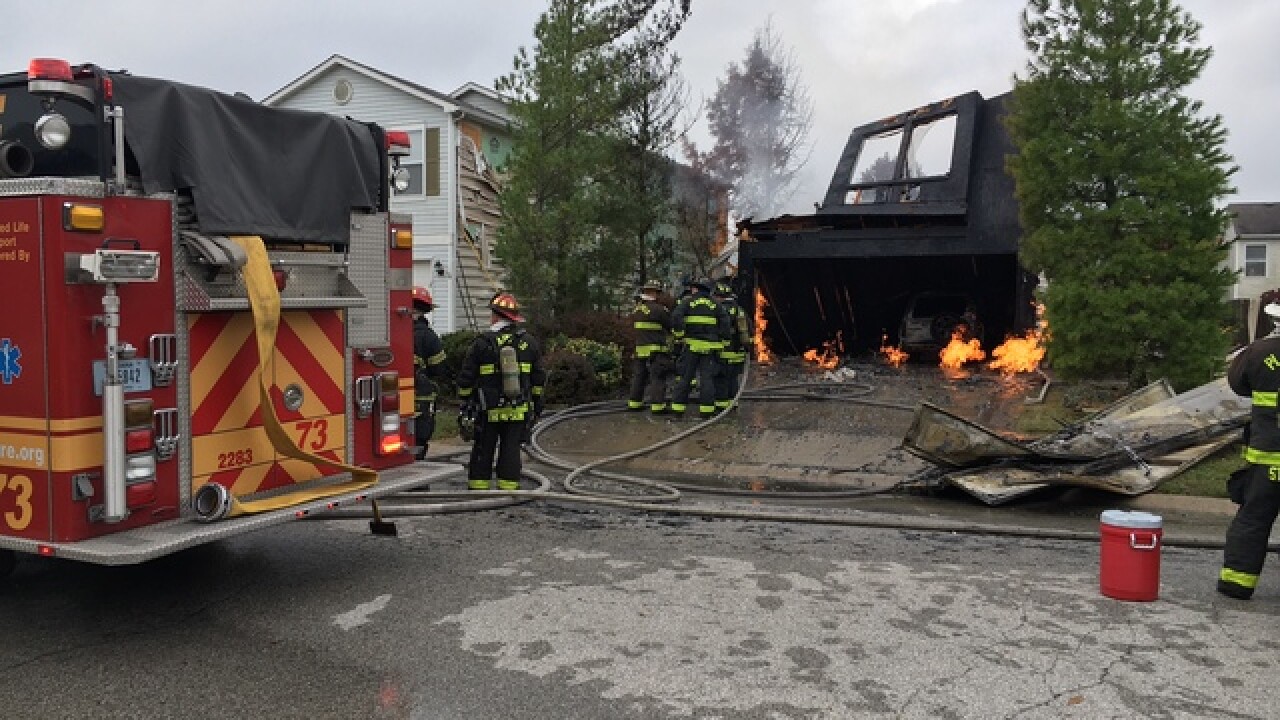 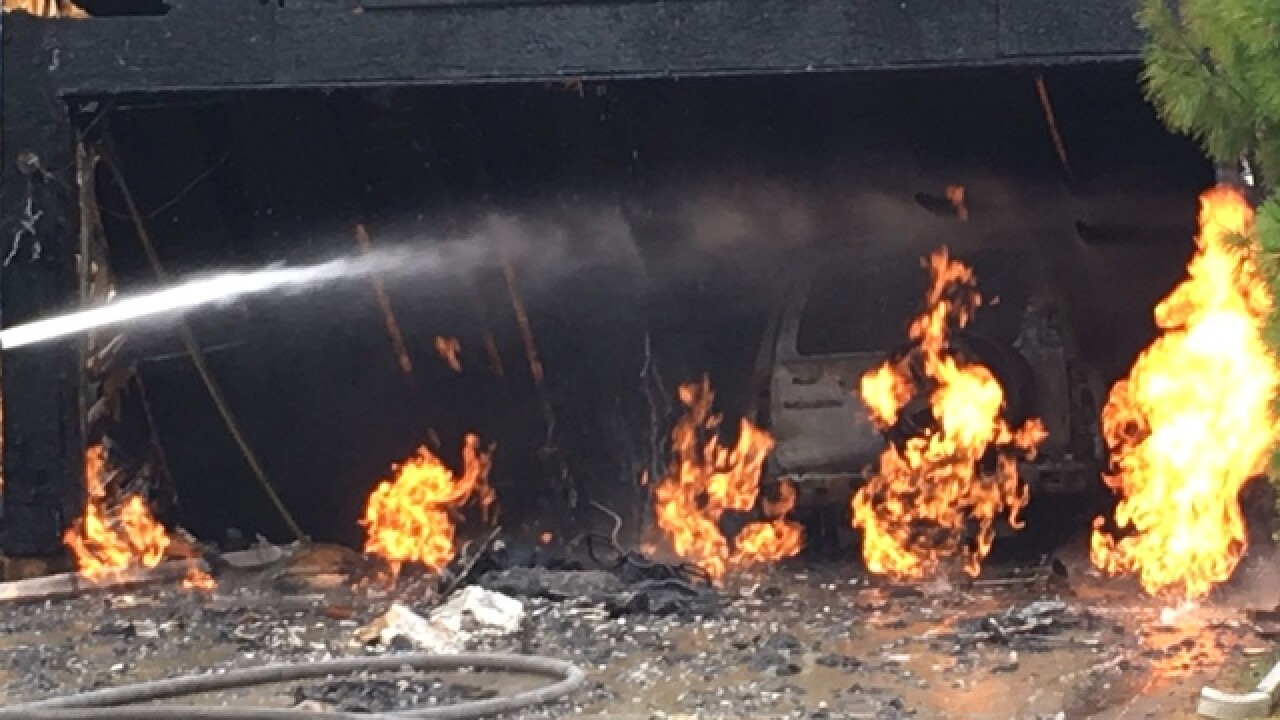 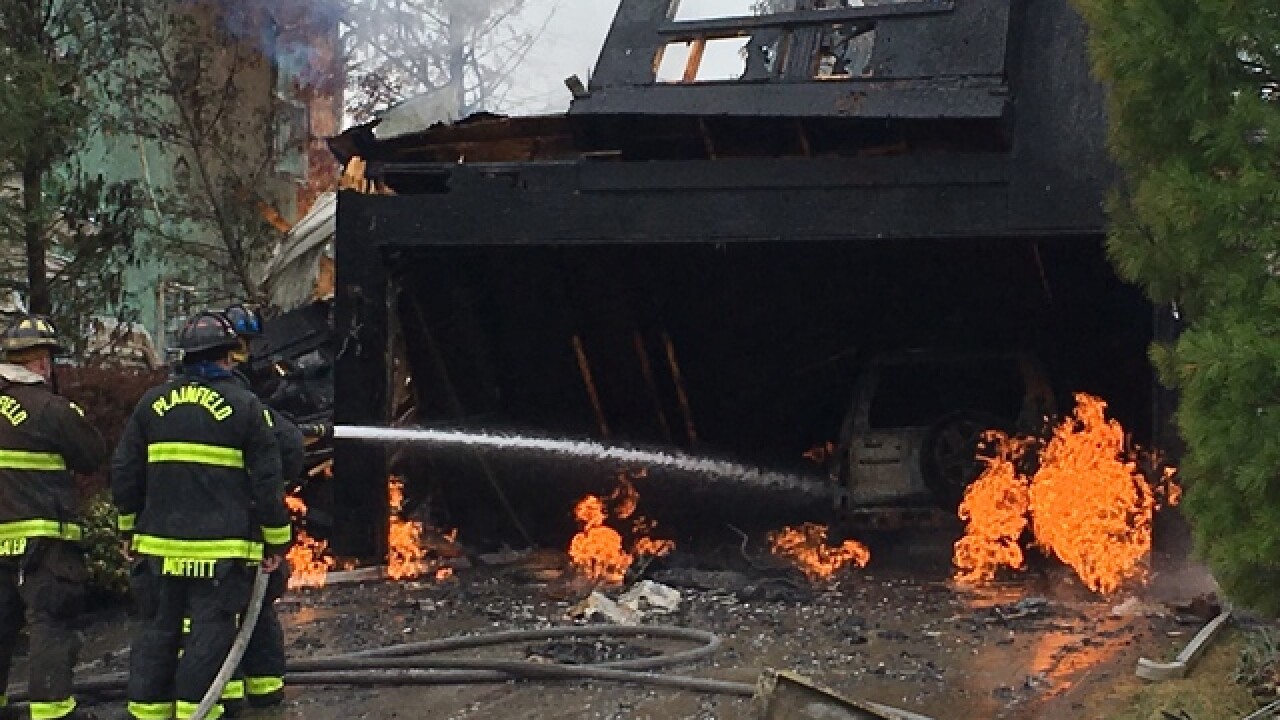 CAMBY, Ind. -- An explosion and fire at a house in Camby, Indiana was caused by a gas leak, the fire chief said Monday morning.

The fire was in the 10000 block of Walnut Grove, in the Heartland Crossing neighborhood.

People nearby said they heard at least three explosions around 10:45 a.m. The two-story house collapsed.

No one was home at the time but one pet was killed in the blast.

The Plainfield fire chief says the fire started below ground directly in front of the home. He says there are three ways gas leaks can begin: old infrastructure, a gap or opening in the pipes, or work being done to the home and something strikes the gas line.

"This morning someone did knock on my door saying they were going to be running some cable for the house which is the house on fire. They knocked on my door around 10 this morning, they asked me to move my car. I moved my car and about 30 minutes later I went and got the dog and then came back and all this was going on," said Adam Frank, neighbor.

The fire chief says they are still investigating as to whether the contractors work might have affected or caused the fire.

"I was sitting in the house back right behind them watching TV and I all of a sudden heard an explosion," said Johnston Greenhow. "I felt it hit the house like a shockwave."

Chief Joel Thacker of the Plainfield Fire Department said homeowners should make note of the following tips to keep their homes safe:

The explosion and fire happened in Vectren’s gas service territory, according to the IURC.

Call 6 Investigates contacted Vectren, and spokesperson Natalie Hedde said the company was not performing any active natural gas work in the area.

“Vectren responded and worked alongside first responders to make sure the area was safe,” said Hedde. “Natural gas service has been disabled at this time.”