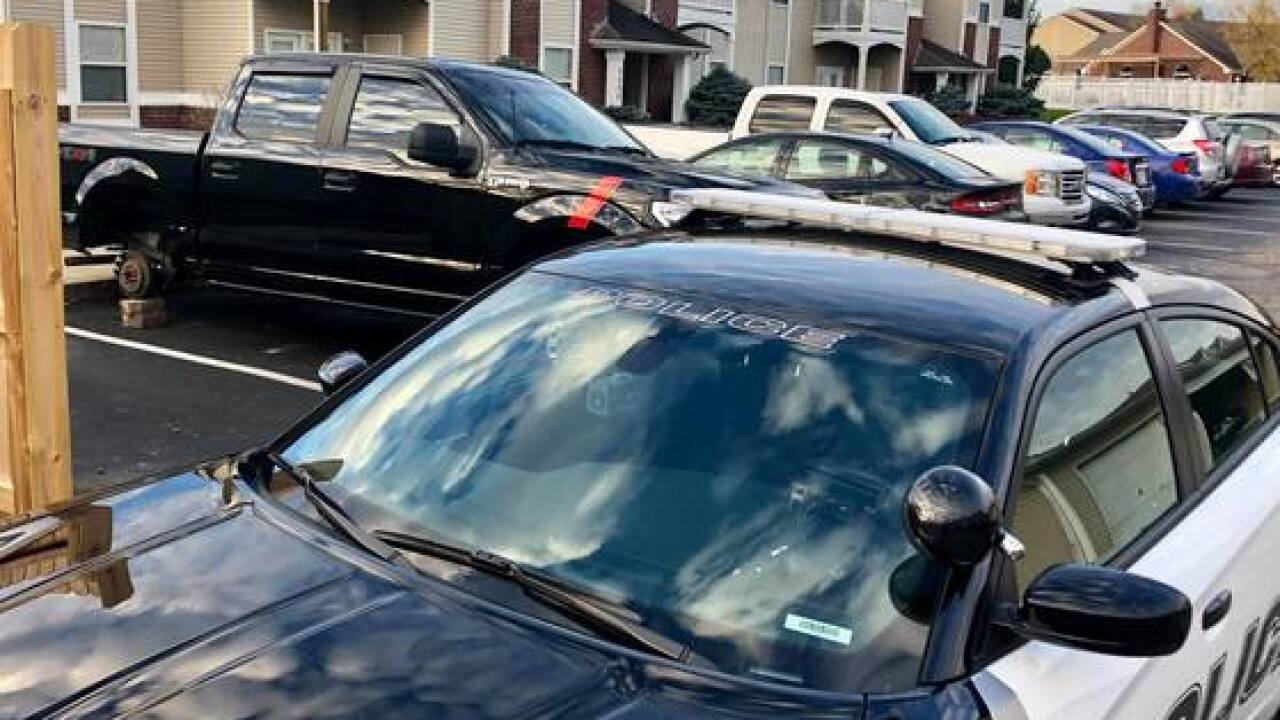 Copyright 2018 Scripps Media, Inc. All rights reserved. This material may not be published, broadcast, rewritten, or redistributed.
<p>Danville Metropolitan Police Department officers are investigating after four rims were stolen off a pick-up truck on Sunday, November 4, 2018. Anyone with information is asked to call police. <em> Danville Metropolitan Police Department/</em><i>Photo Provided</i></p> 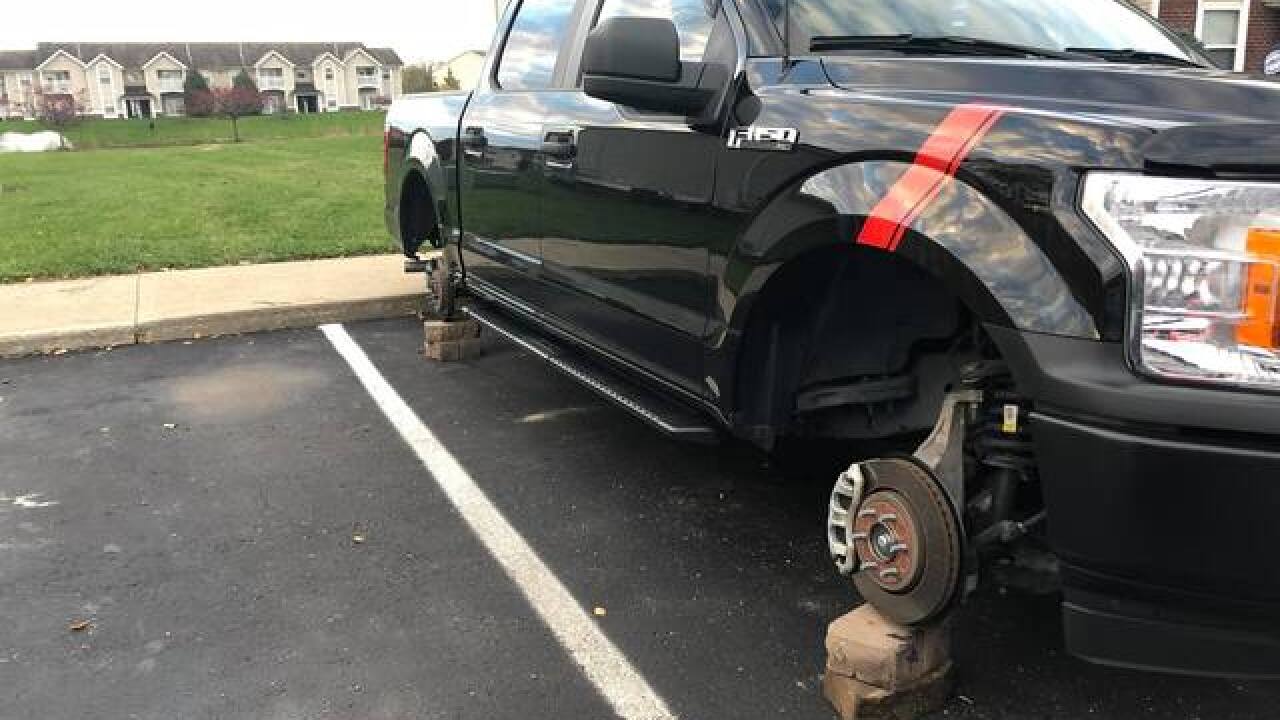 DANVILLE, Ind. – Police in Danville are asking residents who noticed suspicious activity Sunday morning to call them after car rims were stolen from an apartment complex.

Officers spoke to serval residents in the area regarding the theft.

Anyone who noticed anything suspicious or has information on the theft is asked to call DMPD at 317-745-3001.