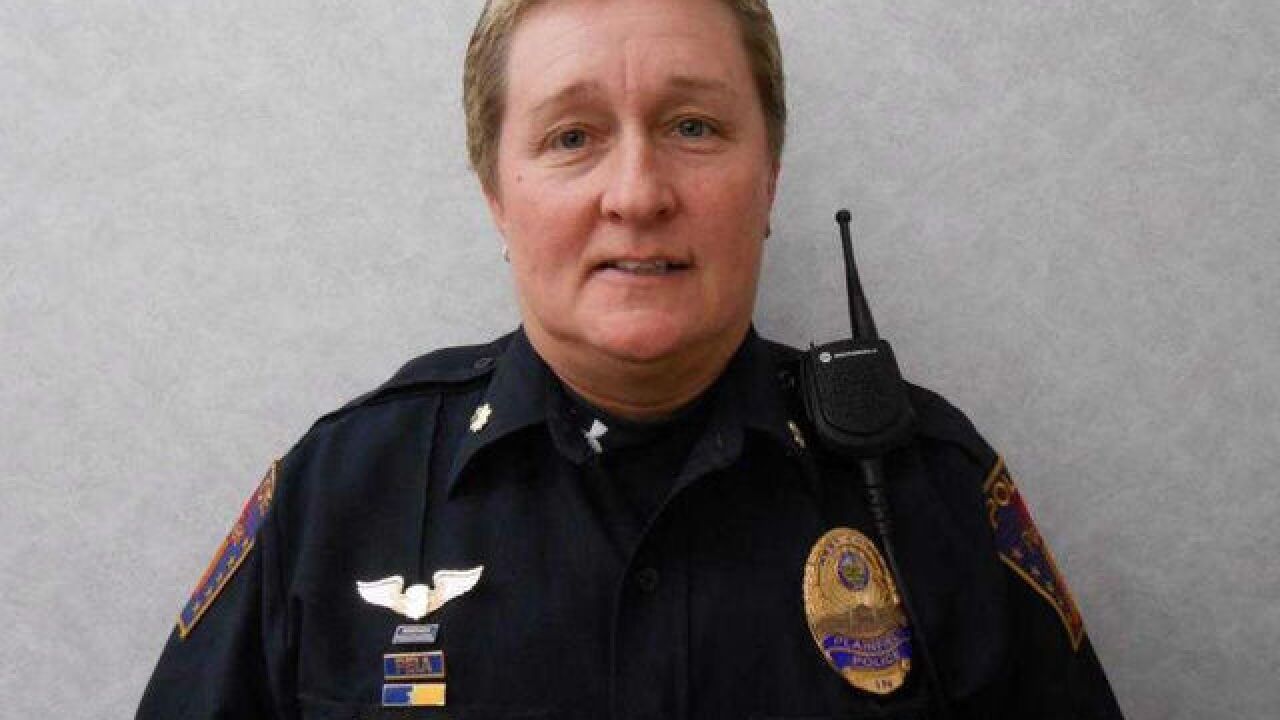 PLAINFIELD, Ind. -- A captain with the Plainfield Police Department was placed on administrative leave after making a statement about white male privilege during a transgender awareness session for police.

The comment came on Nov. 1, at the Police Supervisors Transgender Awareness Training session. A representative from the U.S. Department of Justice and a United States attorney were instructing police on issues relating to transgender people, and how police should best interact with transgender people in the community.

About halfway through the presentation, a 28-year veteran of the Plainfield Police Department spoke up, asking questions about a certain statistic presented -- that transgender people are 3.32 times more likely to experience police violence, compared to non-transgendered people.

A video recording of the training session provided by Plainfield captured the exchange.

"My life has never been part of police violence," the officer said. "Most of the people that I know have never been ... accused the police of violence (sic), so I guess I don't get where that statistic comes from."

At that time, Capt. Carri Weber interrupted, saying, "Because of your white male privilege, so you wouldn't know."

Weber's comment appeared to anger the officer and others.

One of the instructors tried to calm them down and get the room back together, when one of the officers said, "Chief, are you going to let her get away with that? Seriously? I'm asking a legitimate question and I'm getting [unintelligible] white privilege? Are you serious? I find that extremely offensive ... I will leave."

It is unclear if the officer left the room at that time.

The statistic used in the presentation came from a 2013 report from the National Coalition of Anti-Violence Programs, which used 2012 data from 15 anti violence programs in 16 states. Indiana was not one of the states.

On Nov. 10, the officer, who wasn't named in documents provided by the Town of Plainfield following a public records request, filed a complaint against Weber.

"I was racially and sexistly slurred by Captain Carri Weber while I was asking a question of the instructor in training," the officer wrote. "I am now firmly aware of the discriminatory belief she just verbally communicated. ... There is no place in the Plainfield Police administration or supervision for someone who holds and espouses her discriminatory views."

Tony Perona, the deputy town manager of Plainfield, said the Board of Commissioners voted on Nov. 16 to place Weber on administrative leave. A vote on her future with the department is scheduled for the next commissioner's meeting on Dec. 7.

Weber previously served a two-week suspension for violating the department's policy on alcohol and drug use. She admitted to getting behind the wheel of her department-issued squad car after drinking at a golf outing and carrying beer cans in her squad car.