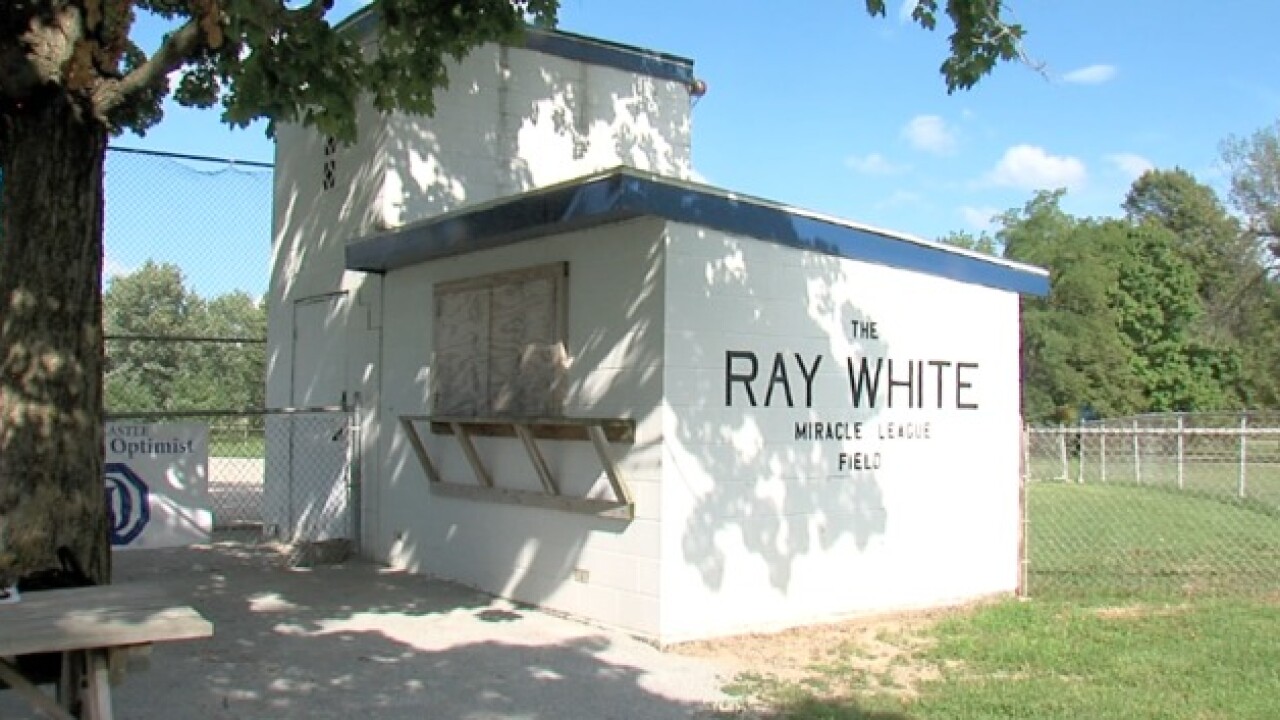 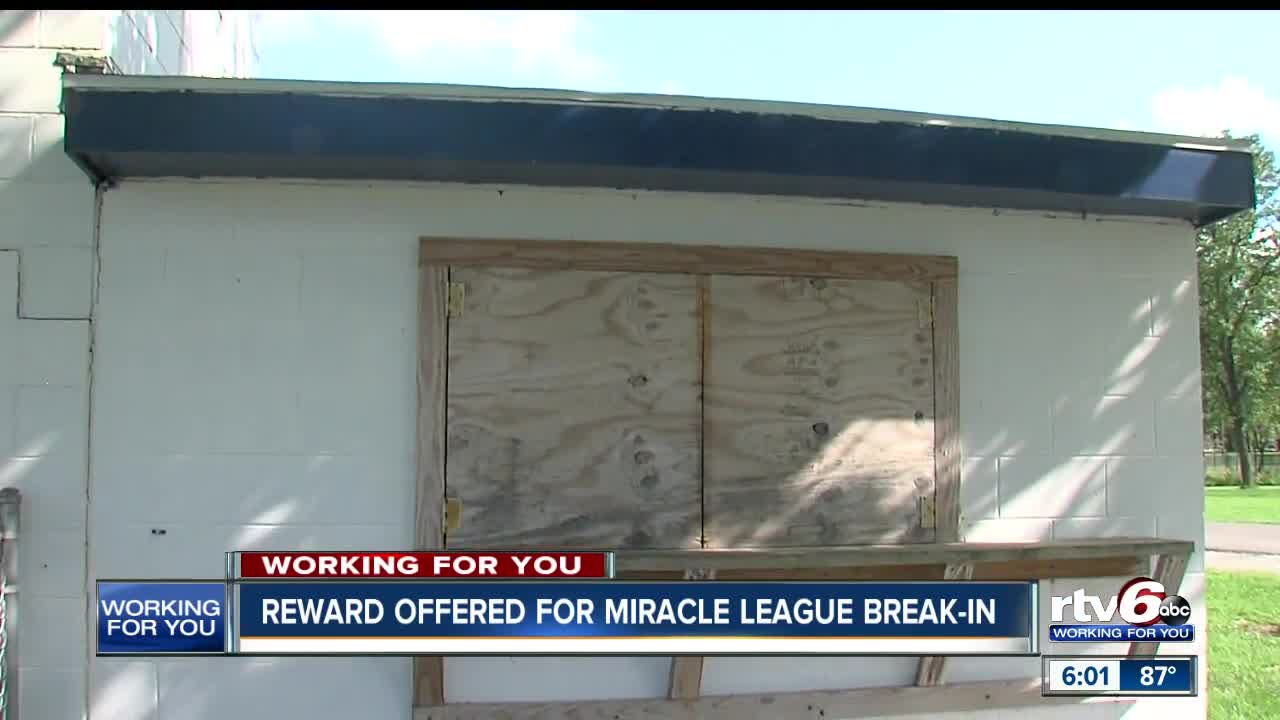 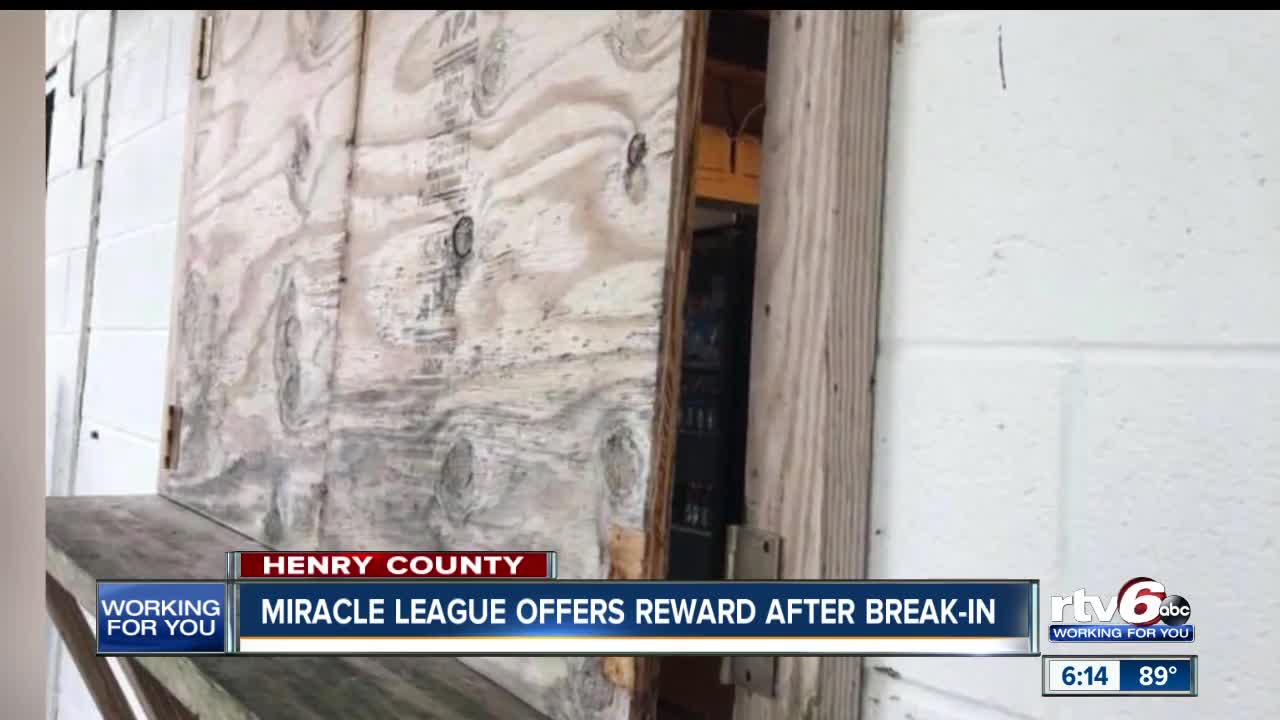 NEW CASTLE, Ind. – A $500 reward is being offered after a concession stand where people with disabilities play baseball was burglarized.

It was discovered Saturday morning when players and the director showed up to the field to play a game.

New Castle Miracle League is a league for people with physical or cognitive disorders aged between 3 and 76-years-old.

“There was uncertainty about how safe they were, if people were going to steal like that around here,” director Cindy Brooks said. “We had players who offered money to replace things that were in there.”

The burglars stole about a cash register, drinks, candy and other things from the stand. It’s estimated about $700 was taken in total.

“My mom told me not to steal from anybody,” player Josh Ewers said. “It’s a bad thing to do. Society says treat others like you want to be treated. They didn’t get that message.”

“It was heartbreaking they thought this was against them personally.  It was a tough day,” Brooks said.

Anyone with information on the incident should contact New Castle police at 765-521-6810.