Here's a look at this year's Indianapolis 500 ticket 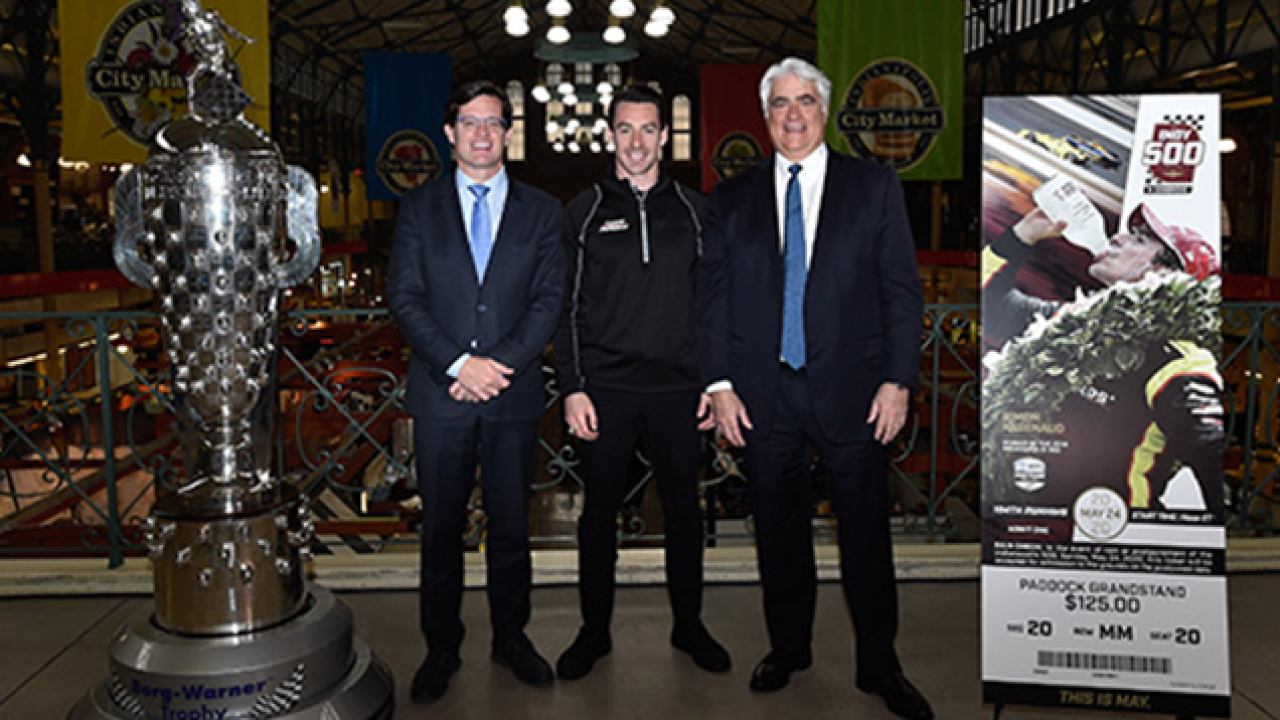 INDIANAPOLIS — Race fans who have ordered seats for this year's Indianapolis 500 will see those tickets in their mailboxes soon.

The tickets, which many people keep as collector's items, feature a photo of 2019 race winner Simon Pagenaud drinking from the traditional winner's bottle of milk following the race.

Pagenaud and track officials unveiled the ticket design at the Indianapolis City Market Tuesday. The ticket is printed on thick stock with spot-raised MVP coating and gold foil stamp.

Pagenaud said looking at the photo of him in 2019 makes him realize how much winning the 500 has changed his life. "I think I'm a new person," he said, "If you knew me before, I think you can see it. I think it shows. I'm very relieved but also enthused going forward and very motivated. I desire winning again so much more than I did before."

But winning two consecutive 500's is never easy. The last driver to do it was Helio Castroneves in 2002.