HOME TOUR: Inside a historic Broad Ripple colonial home with a mixed-modern and antique decor 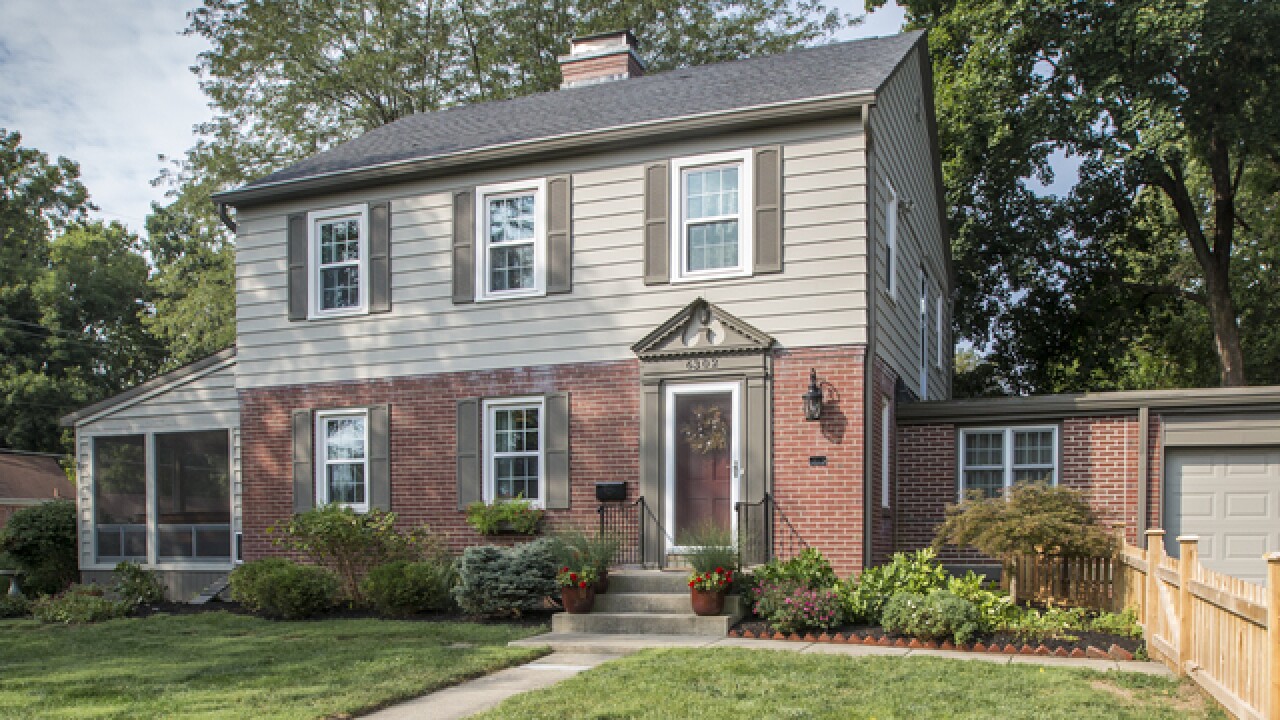 The historic Fleming-Bassett home is one of the seven homes available for tour in the Broad Ripple Home Tour on Sept. 24.

The house at 6302 North Delaware claims the same previous real estate history as its companion tour home across the street—but it is completely different architecturally. That difference reflects the eclectic styles that characterize the Warfleigh subdivision it's in.

In 1939, building contractor Maten G. Gerdenich and his wife, Margaret E., sold the new colonial-style house to Thomas G. and Mary T. Fleming. The 1940 Census valued it at $10,500, a hefty price in that day.

The Flemings and their five children occupied the four-bedroom house until 1947, at which time Loren K. and Helen Elliott Blue, along with Bertha Elliott, assumed ownership. Just a few months later, possibly because of a transfer to South Bend, the Blues and Elliott handed off their home to salesman Sigurd A. Rosenfield, a recipient of a Bronze Star during World War II. He and his wife, Roberta C., remained there until 1955, when they sold to attorney Joseph T. and nurse Catherine H. Mazelin.

The Mazelins became long-time residents, living across the street from Catherine’s sister, Cecilia, and later in her house, during what may have been Joseph’s final illness in 1975.

In that year, William and Ellen Styring became the new owners of 6302, during which time he worked at the State Budget agency. Ellen Styring at one time served in the public schools.

The next owners in 1980 were newlyweds Michael J. and Diane C. Baker. He was an employee of Dan Young Honda and Diane was a teacher.

It is somewhat of a mystery as to whether or not the second-floor landing door was an addition. It opens onto a flat roof over the breezeway room that connects to the garage, which itself seems to have been reconfigured roof-wise.

Some of the most recent changes included the construction of a large deck, a complete reconfiguration of the kitchen, and the enclosing of what had been the breezeway. After Tom and Tracy Bassett assumed ownership in 2011, they added a large bar there to create a combination bar/TV room. In addition, they removed a living room window, replaced it with a French door and added a three-season room in which windows or screens can easily slide up or down as one wishes.

A conversation piece purchased at Midlands Antiques tops the mantel over the living room fireplace and is thought to possibly be part of an old gate. Other personal touches are the bookcase in the dining room built by Tracy’s grandfather, and her grandmother’s copper pieces that grace a kitchen shelf.