Homeowners fear flood wall will price them out of neighborhood 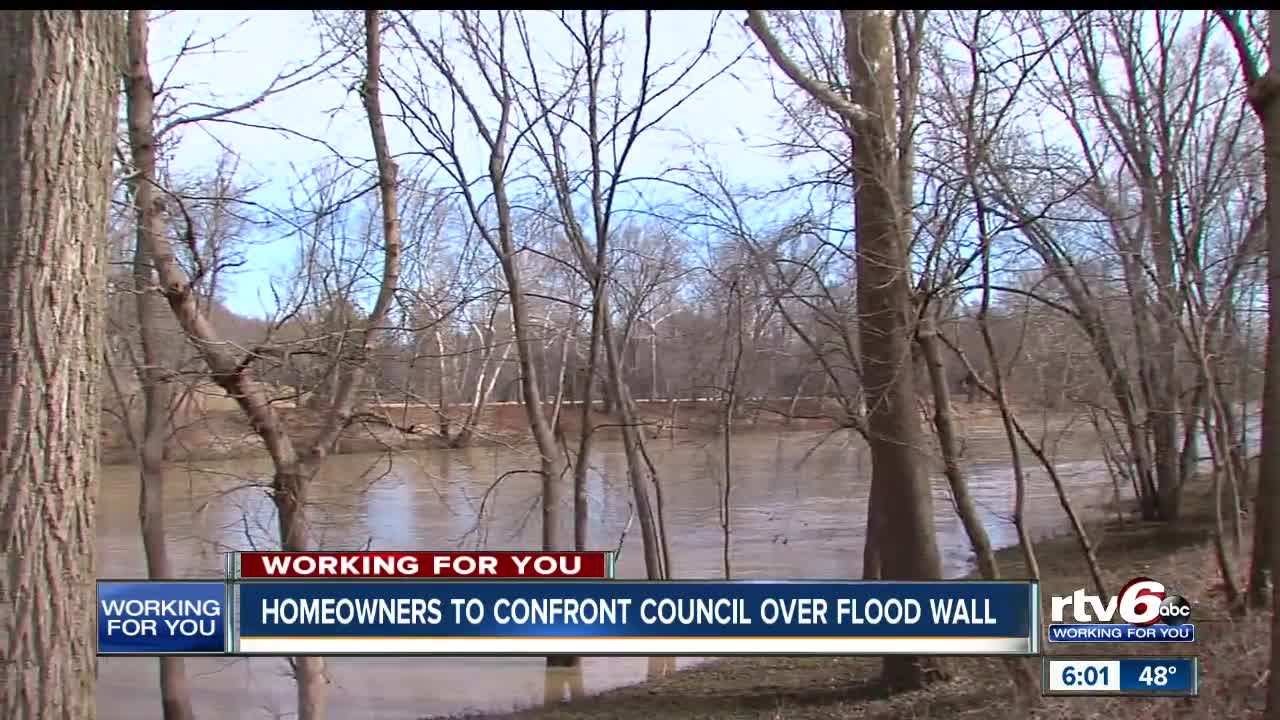 Homeowners in Rocky Ripple, the little town on the White River surrounded by Indianapolis, are concerned a proposed flood wall could price them out of their homes.

ROCKY RIPPLE — Homeowners in Rocky Ripple, the little town on the White River surrounded by Indianapolis, fear that a proposed flood wall could price them out of their homes.

They are taking those concerns to the Rocky Ripple Town Council.

"We've been shown a lot of the preliminary drawings and renderings from engineering plans. We have not been shown any of the financial information," said Rocky Ripple resident Whit Overstreet.

He and his neighbors say they don't want a flood wall separating their homes from the White River.

But their top concern is the cost, which could be in the millions and would have to come from the taxes of just over 320 households.

Town Council President Carla Caff-Clark there are ways for people to pay for the increased taxes that come with higher assessments.

"I wouldn't say there is no concern," she said. "Of course there's concern. There is concern when anybody has to do upkeep on their house. There's always concern about taxes. None of us want to up our taxes."

But homeowners are asking the council to hold off on a flood wall.

And they will also be taking their concerns to the Rocky Ripple Board of Public Works.