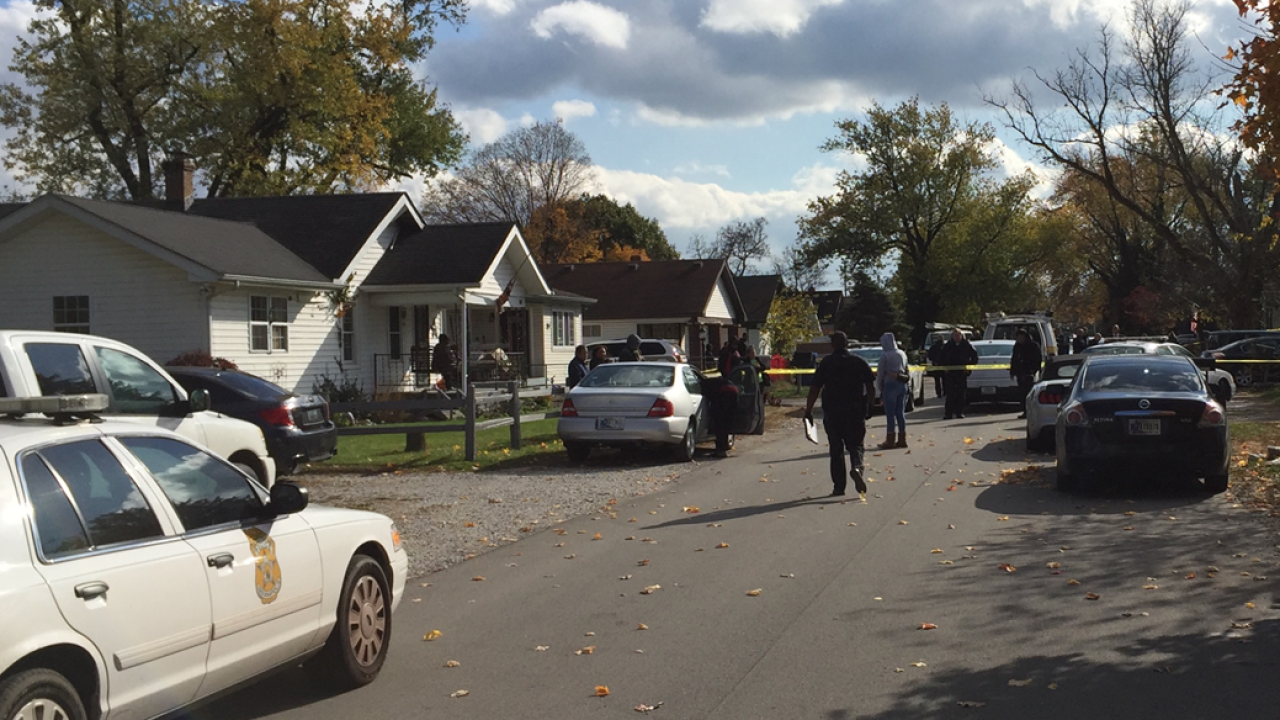 Jake Weller/RTV6
Indianapolis police are investigating after a man and woman were found dead in a house on the west side of Indianapolis on Saturday, Nov. 2, 2019.

INDIANAPOLIS — A double-homicide investigation is underway after two people were found dead Saturday afternoon on the west side of Indianapolis.

Indianapolis Metropolitan Police Department personnel were called around 1:30 p.m. to the 1000 block of North Waldemere Avenue to investigate after a man and woman were found dead at the house, IMPD Sgt. Grace Sibley said.

IMPD has not released the manner of the deaths.

Sibley said police are looking for tips and witness information, but there is no threat to the public. Anyone with information is asked to call Crime Stoppers of Central Indiana at 317-262-TIPS (8477).

"If anyone in the area heard or saw anything, a vehicle out of place, anything out of place, we would ask for their full cooperation," Sibley said. "That would help us to piece together exactly what occurred and the timeline of events that occurred."