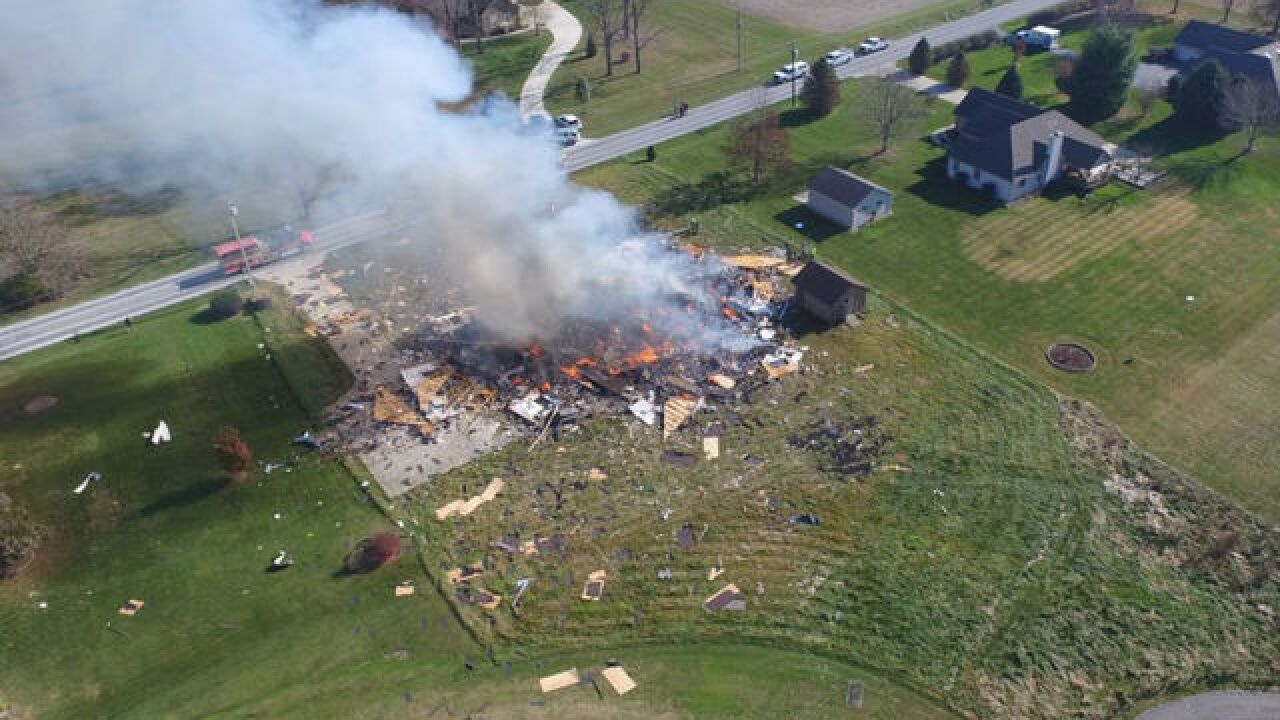 SPENCER, Ind. -- The home that exploded in Owen County last Wednesday resulting in the death of one man was no accident and determined to be a suicide, according to the Indiana Department of Homeland Security.

The homeowner, identified by the Owen county coroner as Don Richards, 84, tampered with gas valves before the explosion, investigators said.

“Positive identification was made by dental examination and determined to be that of 84 year old Don R. Richards,” said Owen County Chief Deputy Coroner Lorna Dhom. “A forensic autopsy performed by Dr. Roland Kohr helped determine the cause to be Pulmonary Barotrauma, or trauma from the shockwave of the blast, and the manner has been determined to be suicide.”

Neighbors said they saw gasoline cans in Richards' garage and overheard him say he wanted to blow up his home due to foreclosure.

State investigator found the single-story home was valued at $400,000.

The explosion happened around 12:30 p.m. near State Road 46 and County Line Road in Owen County, just east of Spencer, Indiana.

"I just heard a huge explosion," neighbor Judy Ochs said. "There was a huge plume of smoke and flames. The house was totally gone."

Another neighbor said the explosion was so strong that their whole house shook.

Owen County dispatchers originally said there were no injuries reported in the explosion of the single story home, but later said a man had been killed in the blast.

Investigators with the state fire marshal said accelerants were found in several locations within the home, the furnace had a missing gas valve and witness statements said cardboard has been placed over foundation vents.

The explosion comes four years after a home in the Richmond Hill subdivision exploded on November 10, 2012, causing many families to lose their homes and others to lose their lives.