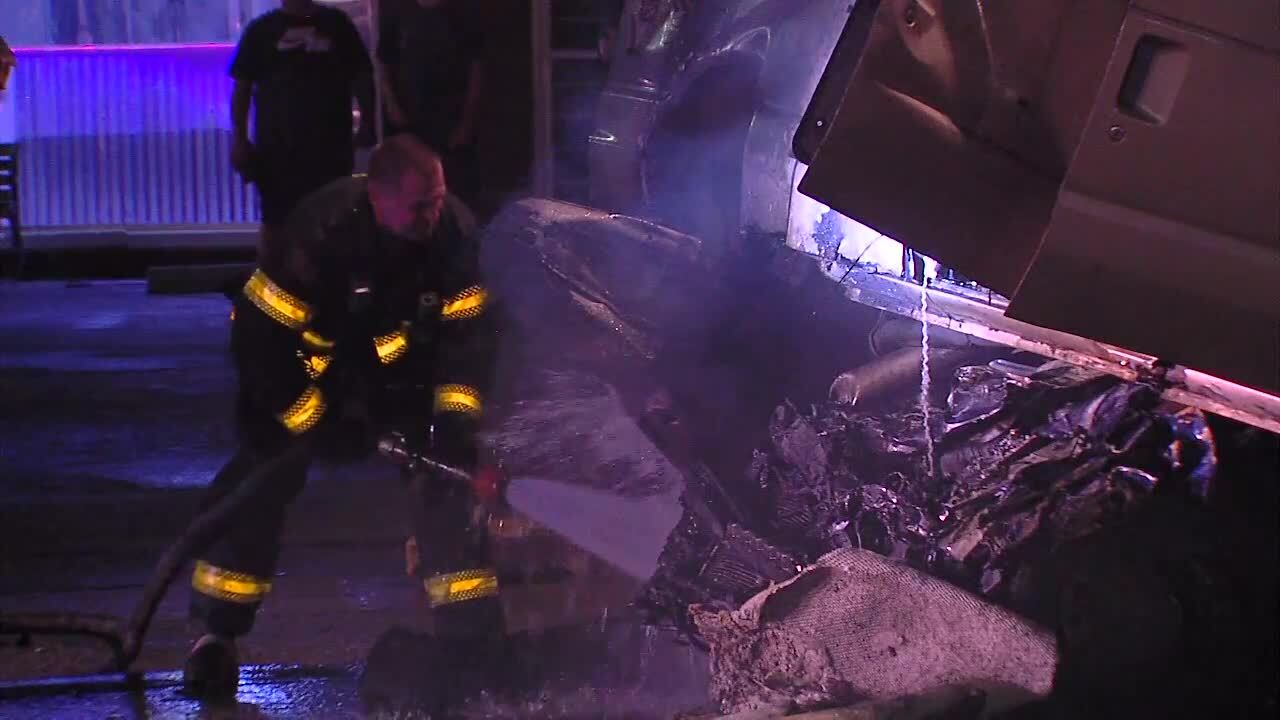 Otis Jones/RTV6 Photo
A serious crash is under investigation on Saturday, August 1, 2020, on the east side of Indianapolis.

INDIANAPOLIS — A serious crash is under investigation Saturday night on the east side of Indianapolis, according to police.

Indianapolis Metropolitan Police Department officers and emergency personnel were called to the crash around 10:40 p.m. in the 6700 block of East Washington Street, near Shadeland Avenue.

Video shot by people in the area at the time of the crash shows bystanders helping people get out of the cars. The video shows at least one of the cars involved on fire.