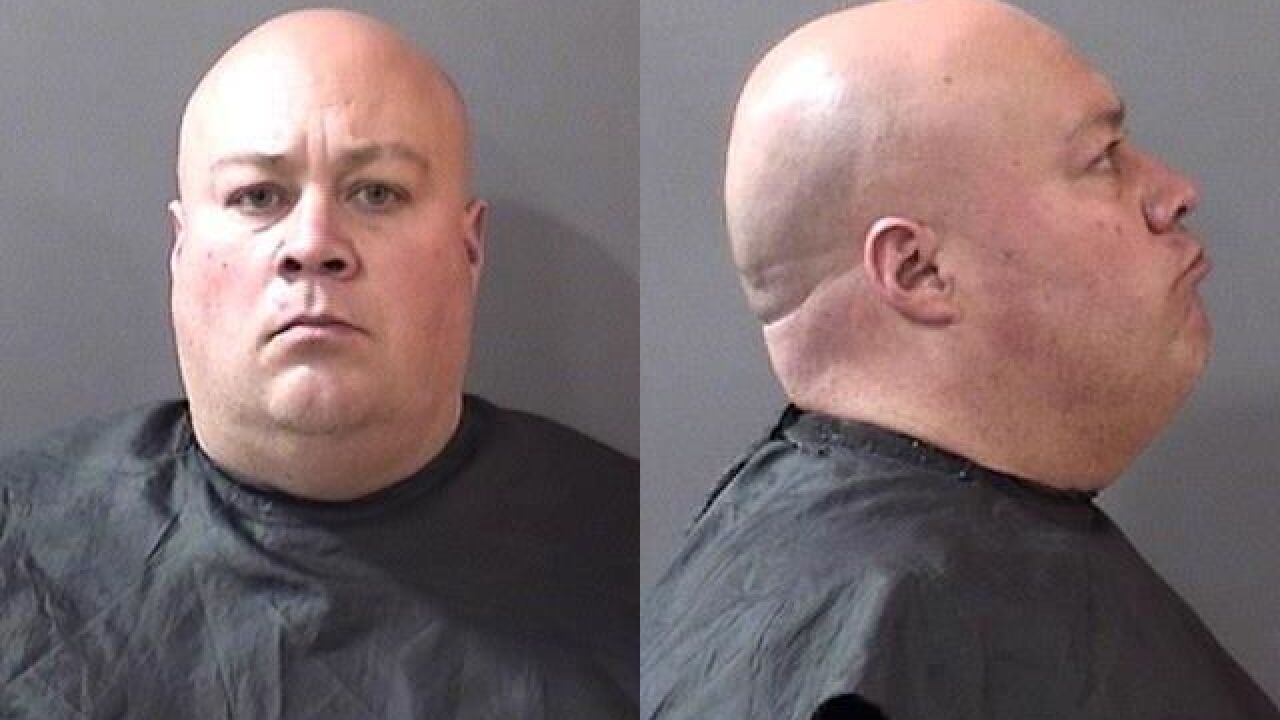 A probable cause affidavit from the Hamilton County Prosecutor details a history of domestic abuse by Norman against his wife.

The allegations came to the attention of investigators when Norman's wife had to have her right eye removed in February. Officer Norman had called for an ambulance, claiming his wife had fallen in their bathtub.

But in interviews with relatives and Norman's wife, a troubling two-year history of verbal and physical abuse came to light. In one incident, Norman allegedly used his Indianapolis Metropolitan Police Department vehicle to block the garage door of the couple's house when she tried to leave.

He also allegedly broke the woman's nose when slamming a door in her face.

The probable cause also states that Norman, in a text exchange with IMPD investigators, told police to "stay out of my way," and threatened violence after a search warrant was issued for his house.

Below one text message was a photograph appearing to depict a cowboy with a revolver on his right hip, and his right
hand in a position suggesting he is about to remove the gun from his holster.