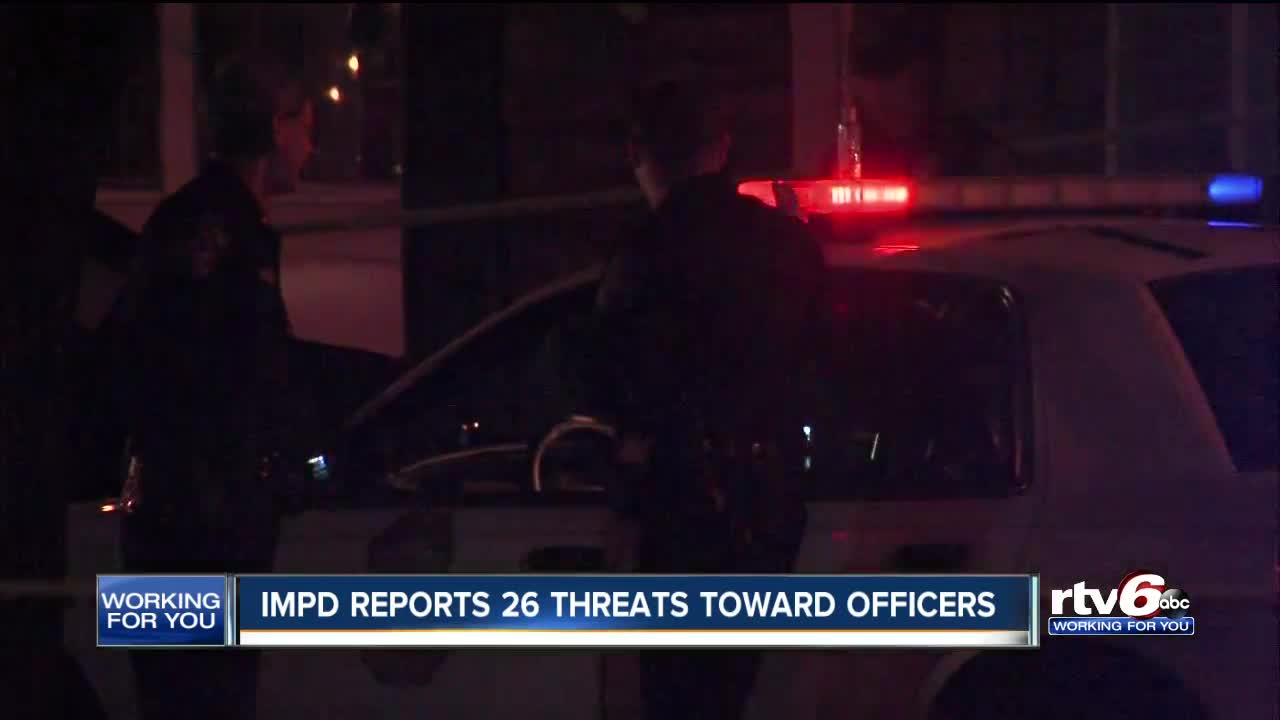 Indianapolis Metropolitan Police Department officers are receiving threats from the public after a deadly officer-involved shooting.

The city has made national headlines after 21-year-old Dreasjon Reed was shot and killed by an IMPD officer on Facebook live and the protests that followed.

Since then, officers have received at least 26 threats of violence towards officers.

"Its very concerning, I mean its not just open, blatant threats of murder toward our officers, but also toward families of police officers," said Indianapolis Fraternal Order of Police President Rick Snyder said.

Snyder, who is also an IMPD lieutenant, says not a night goes by that he isn't worried about the violence in Indianapolis or the dangers officers run towards.

Despite these threats, officers are still responding to calls, including violent crimes, across the city. Snyder says this is a trend which will only increase this summer and hasn't slowed down during the stay-at-home order.

"People are astonished when they learn we had over 50 people shot in Indianapolis, in the month of April. Over 50," Snyder said. "We have a 14 percent increase in stabbings in the same month."

Those who disagree with police can protest, but Snyder says it should be done peacefully and not add to the city's violence problem.

"You can protest the police and the police will come and surround you and protect you so that you can protest us," Snyder said. "That's how firmly we believe in the constitution and the individuals right to do that, but you must do it peacefully."

City and IMPD leaders recently announced a plan to issue body cameras to officers this summer. IMPD is also creating a new use of force policy and review board. The board will have citizens on it.

"At a time just this week, where the mayor is calling for the sudden implantation of body worn cameras, it was the Indianapolis Fraternal Order of Police who was the first to call for that technology in our city," Snyder said. "In fact, we made that call 475 days prior to this latest announcement from the mayor."