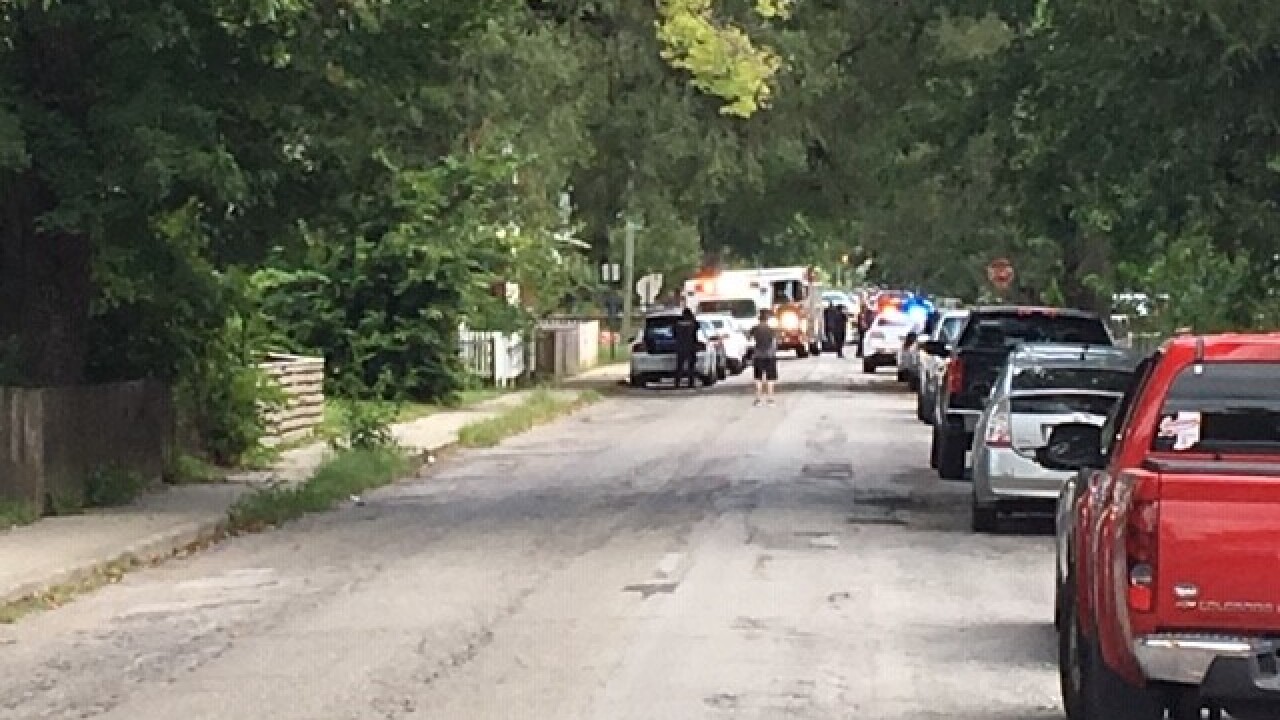 INDIANAPOLIS—A suspect who shot at Indianapolis police officers in the Fountain Square neighborhood Saturday afternoon is in custody, with no officers hurt.

IMPD Public Information Officer Grace Sibley says police we called to the 1400 block of East Lexington Avenue near Laurel Street because a man was firing shots in the area.

When police arrived, the man began shooting at officers from a house, according to Sibley. IMPD's SWAT unit came to the scene, hoping to negotiate a peaceful end to the standoff. They were successful.

"This is the ideal situation, obviously we don't like out officers being shot at. Now if we can resolve it peacefully, that is ideal for us," said Sibley.

After about two-hours, the suspect gave up and was arrested. Why he began shooting in the first place is part of the police investigation. Sibley says it appears the man lives in the house he was shooting from.