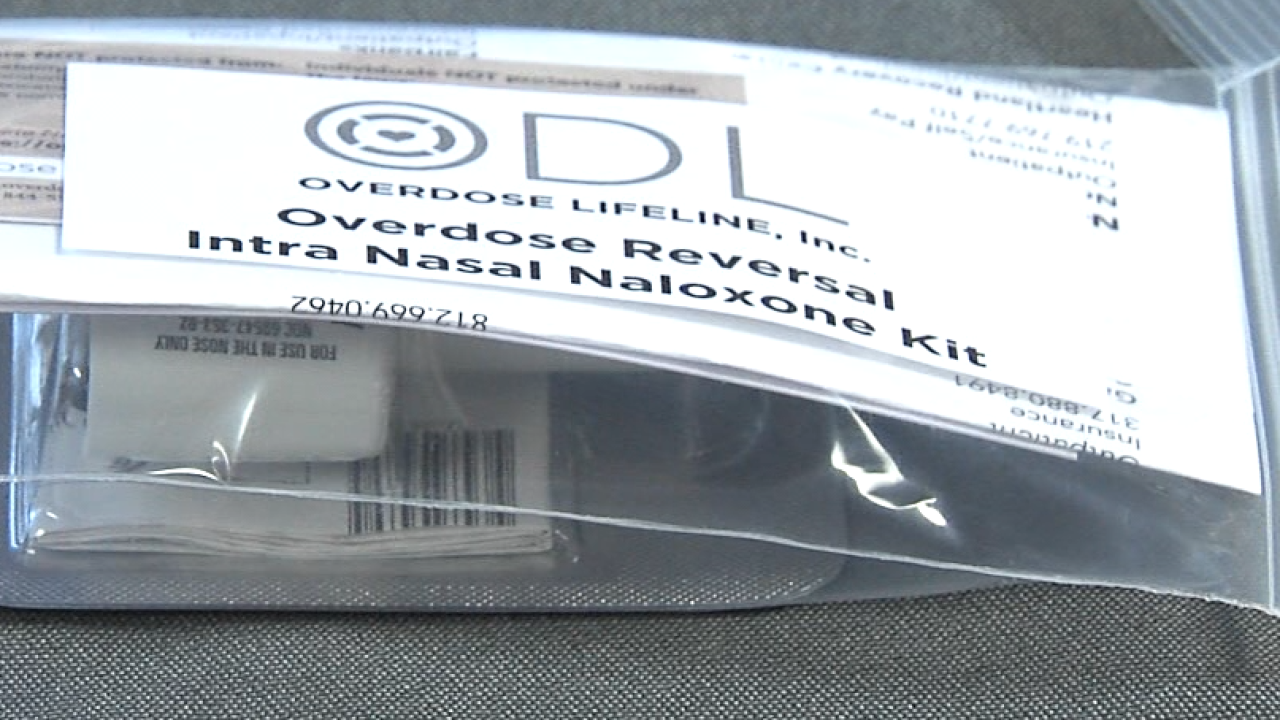 MARTINSVILLE — Police officers and sheriff's deputies in Morgan County now have a better chance of saving the lives of drug overdose victims.

240 kits of the lifesaving medication Narcan were donated Monday to the Morgan County Sheriff's Department and seven county police departments.

Morgan County ranks in the top 20 of Indiana counties when it comes to drug overdoses. And while ambulance crews typically have overdose medication with them, police do not.

The organization Overdose Lifeline and the Anthem Foundation made the Narcan donation and trained officers in its use at Monday's event.

Justin Phillips, the executive director of Overdose Lifeline, said those who overdose deserve a chance to be saved, just as a heart attack victim would.

"Just the way we don't always follow our diet, despite the fact that we have high blood pressure, we don't understand, we don't believe that something will happen to us when we suffer from the disease of substance abuse disorder, and we misused opioids," she said. "We don't think logically that we will overdose, we don't believe that will happen. And as we are always willing to save somebody who has a heart attack no matter how many times, despite their lifestyle, and this is no different. This is just a life-saving medication because no one can get in recovery if they are not alive."

According to Phillips, more than 1,000 people in Indiana died last year from misusing opioids.