In Noblesville, COVID-19 can't keep a good holiday festival down

Hamilton County city has its festival and fireworks 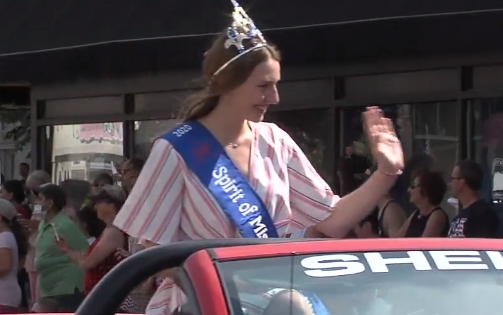 In Noblesville, a big Fourth of July Festival.

NOBLESVILLE — While a number of towns and cities, including Indianapolis, canceled their annual Fourth of July celebrations, Noblesville went on with its.

The festival and fireworks were held at Forest Park.

The city's mayor said he wanted to keep the tradition so the community could celebrate together. Additional safety measures were added to make everyone feel safe—including social distancing precautions.

Parade participants were not allowed to hand out anything to the crowd this year. The grand marshal consisted of a group of Noblesville first responders.

One family who attended said it's important to be safe, but sill able to attend events.

"Surprised with Covid, no throwing candy, distancing and stuff. It ended up being really nice. I liked it. I though it was a really good turn out. I think its good to have this each year." said Jamie and Shawn Bradshaw.

The city also extended the parade route in an effort to keep people spread out. Face masks were handed out and hand washing stations were added.