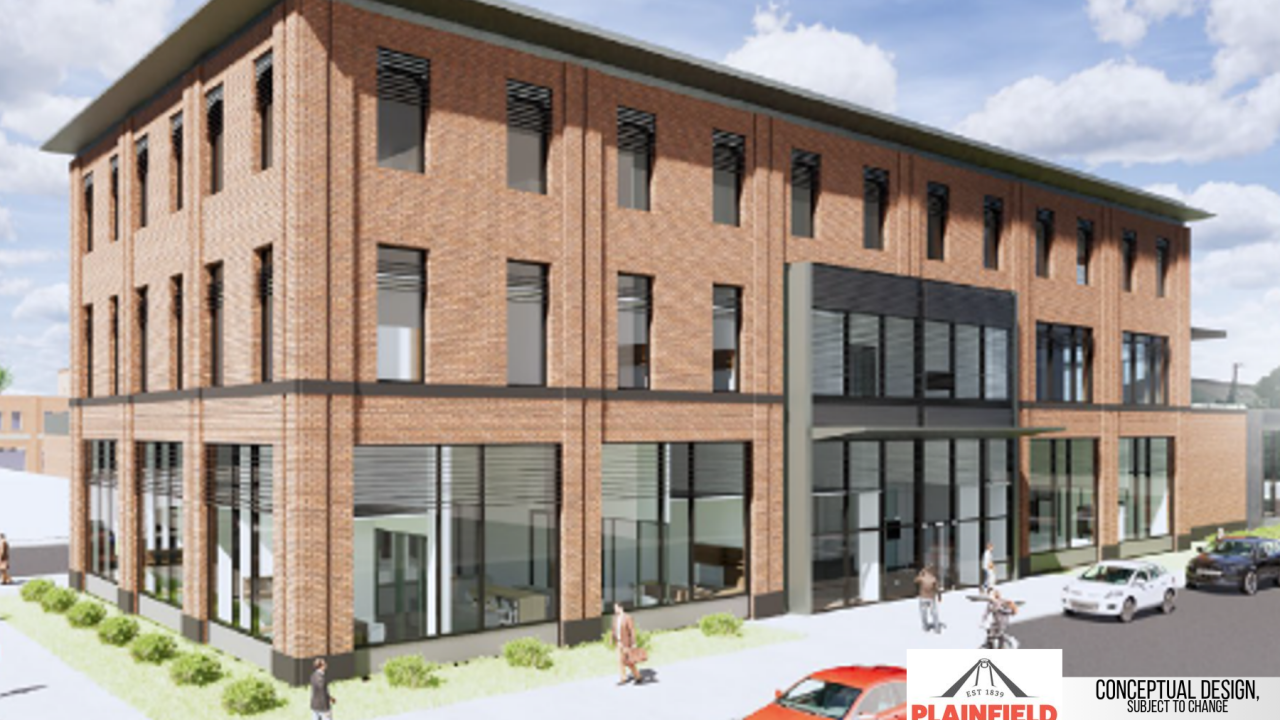 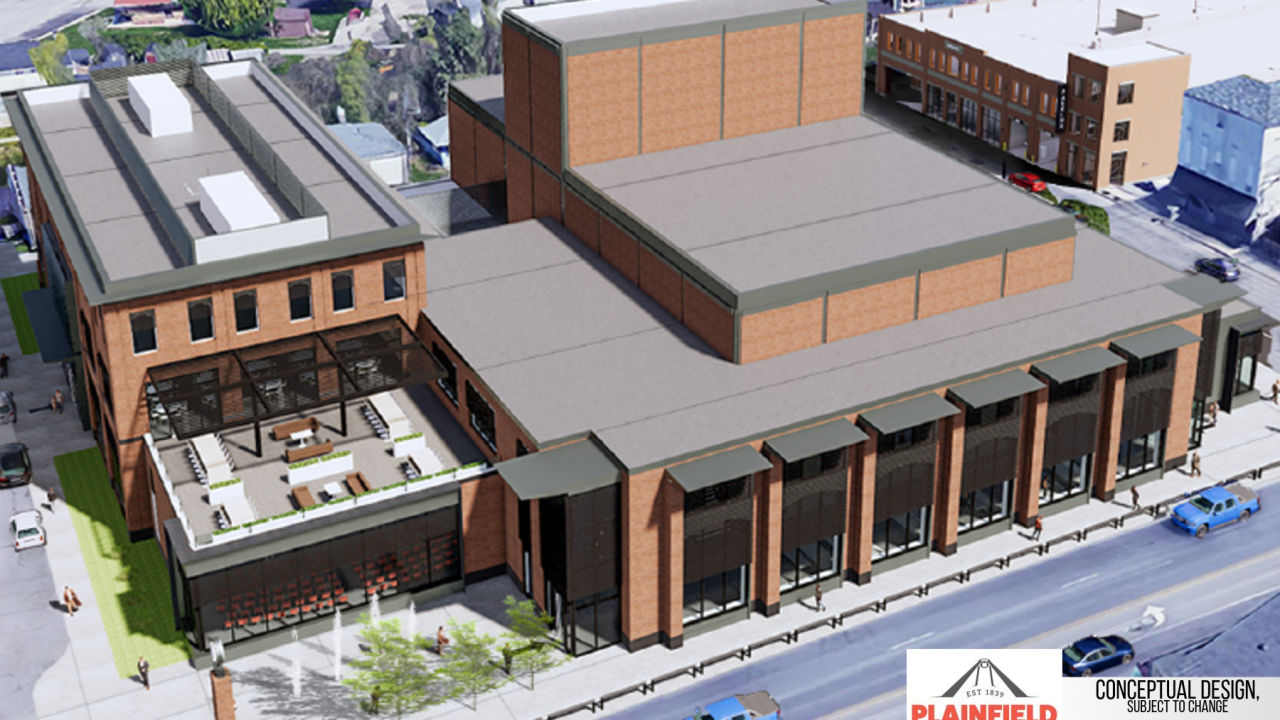 PLAINFIELD—Downtown Plainfield could look a lot different in three-years.

The town council has taken initial steps toward approving a new government building and a performing and fine arts center. The two would be next to each other at Center Street and Main Street in the Hendricks County town.

The government building would replace the current Plainfield Municipal Building, directly across from a parking structure being built.

"With the growth of Plainfield, town staff is busting at the seams in their current town hall facility; some employees are working in hallways and in closets," said Town Council President Robin Brandgard. "A new Plainfield municipal building is actually the cost-savings solution as we plan for the next 50 to 100-years."

The town council has approved the design for the development. Next month, the council will look at how to fund the project and will listen to public feedback.

The performing arts center will feature a 600-seat auditorium. "This new performing arts center in going to change the entire entertainment profile for Hendricks County," said Peg Glover, President of the Hendricks County Arts Council. "The Arts Council is proud to be working with the town on the development of this exciting new performance venue. The vision of this top quality facility promises to attract first-rate performances."

Town officials hope to break ground next year, with completion of the government center in the summer of 2021 and the arts center in late-2022.