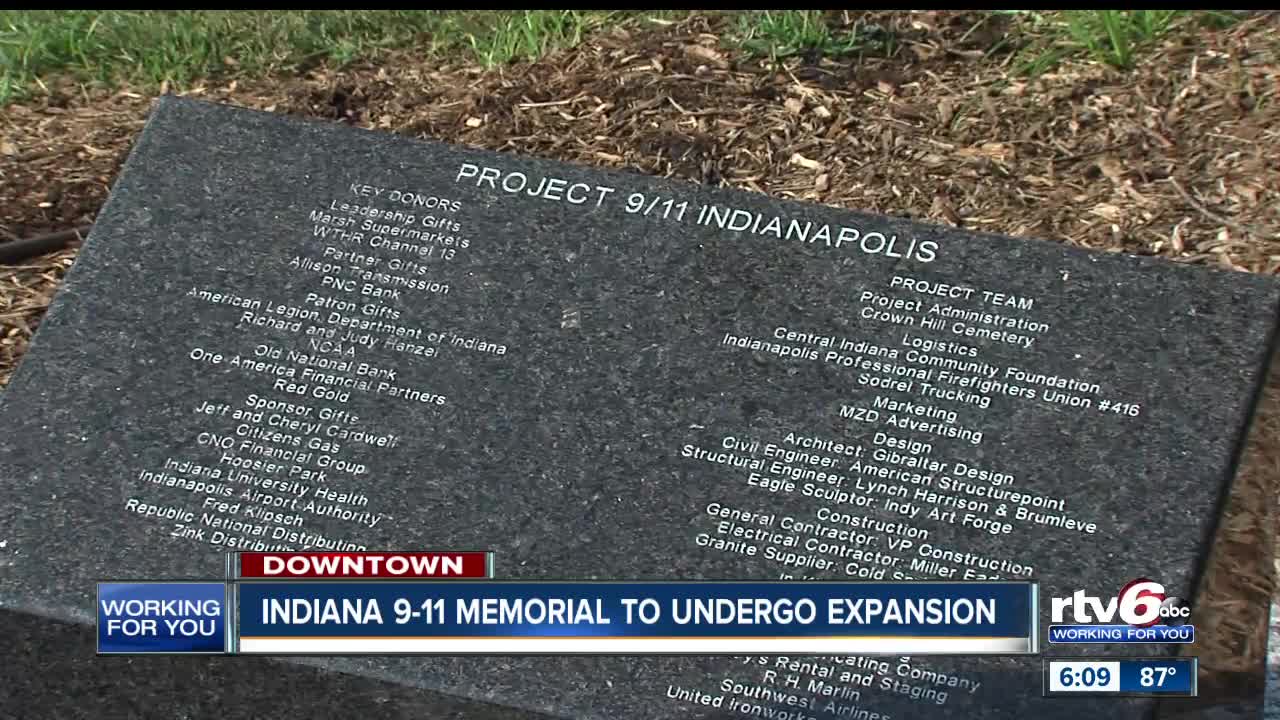 Indianapolis, like many other cities, has its own memorial honoring the lives lost in 9/11 attacks. And that memorial will be expanded and upgraded.

INDIANAPOLIS — It's been 18 years since the moment that changed America forever.

Indianapolis — like many other cities — has its own memorial marking 9/11. And that memorial is about to undergo expansion and some changes.

The first change, it will no longer be known as the 'Indianapolis 9/11 Memorial,' and instead will be called the 'Indiana 9/11 Memorial.' This move is to show that all of Indiana remembers that day and honors those who died — including nine Hoosiers.

The memorial will also be home to a piece stone from the Pentagon, which is made of Indiana limestone.

"The reason we have monuments is a reminder to people about what has happened in our past. Especially people 18-year-old or younger who have no idea of what we are talking about. And what is imperative is that we keep the public informed about history because we already have people who are rewriting our history — and its not for the good."

The plan also calls for adding about 10 feet of space to the backside of the memorial, ending at a solid granite wall with the words 'Never Forget' inscribed.

It will all be paid for in private donations. The organizers will spend the next several months raising funds for the project.