Indiana BMV gives thousands of dollars back in refunds after errors 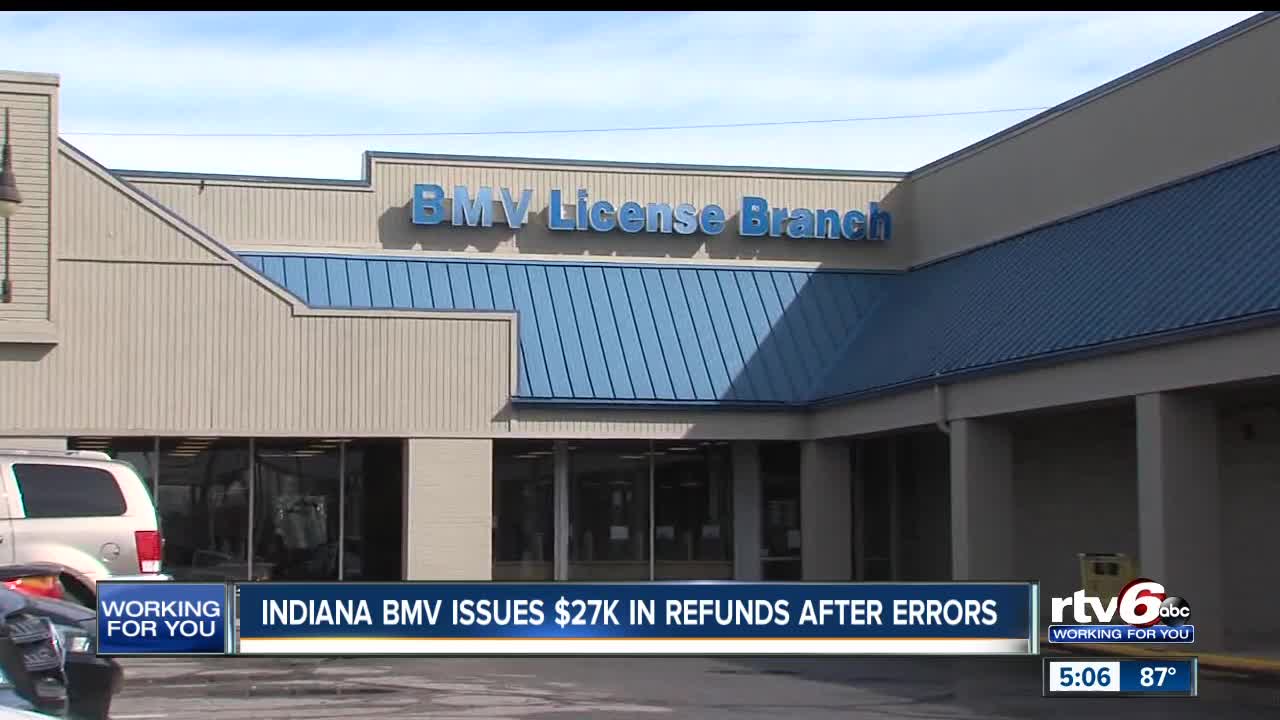 Indiana BMV gives thousands back in refund money after errors

INDIANAPOLIS — Due to an error, the Indiana Bureau of Motor Vehicles gave thousands of people refunds on Wednesday that amounted to a total of $27,000. However, the average underpayment of claims that led to the problem was $3.36.

The BMV says there were underpayments of claims within the past couple of years, and overcharges dating back to 2002 to 2006 that led to this refund.

If you were affected, you'd be notified by phone, email or both. The money will be put on your BMV account as a credit.