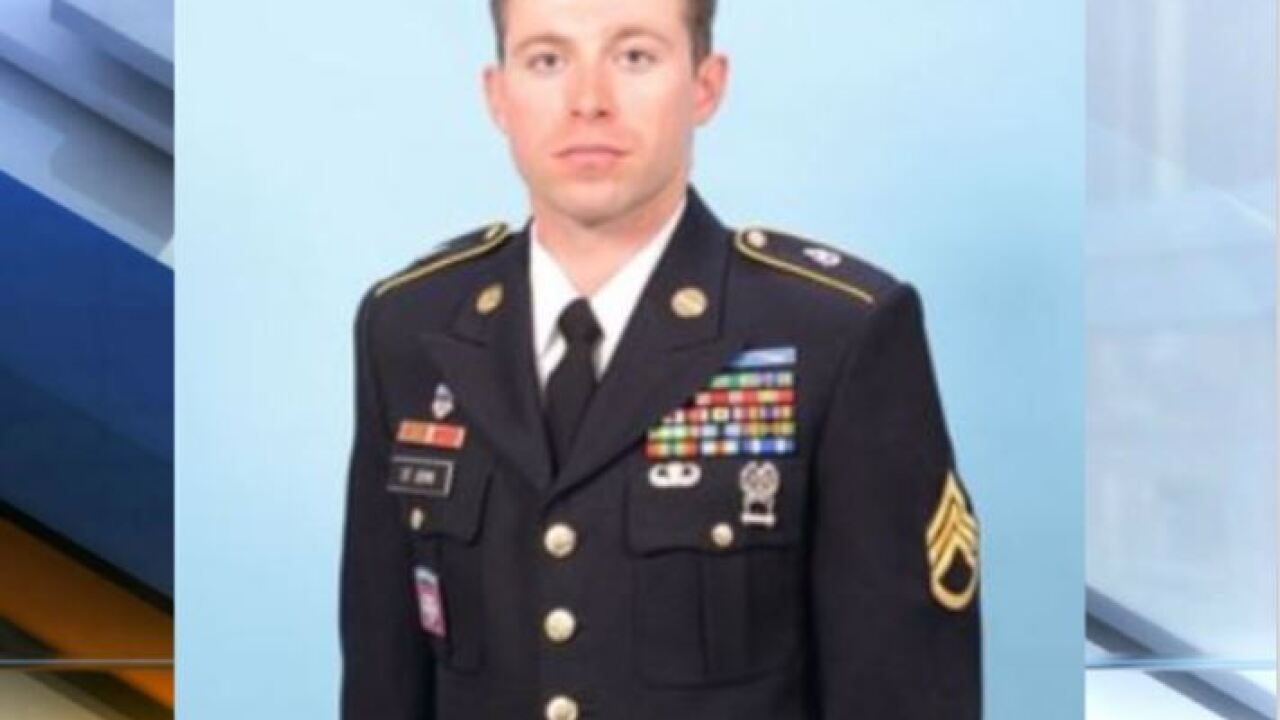 GREENWOOD — An Indiana National Guard soldier killed during a military training accident in Texas was also a firefighter at a Johnson County fire department.

St. John had served in the Army National Guard for 10 years and on multiple deployments, according to the Ninevah Fire Department.

“For those who knew and worked with Staff Sgt. St. John, he was respected and admired for his great love for his country and family," said Lt. Col. Chad Pittman, commander of the 1st Battalion, 151st Infantry Regiment. "He continually sought ways to ensure the success of subordinates, better himself as a leader, and contribute to the achievements of the organization. My deepest sympathy for his family at this sad and difficult time."

St. John had only been a volunteer firefighter with the Ninevah Fire Department for just over a year.

"Just in that short time it was evident that Andrew was going to be a great firefighter and asset to our department," the department wrote on Facebook. "This department and its members where made better and forever grateful for having known him."

St. John's body will be returned to Indiana on Thursday.

His cause of death remains under investigation, according to the Indiana National Guard.

According to his obituary, St. John grew up in Martinsville and graduated from Martinsville High School with the class of 2009.

During his service, he served in the Haiti Humanitarian Effort, the War in Afghanistan, and the Iraq War. Most recently, he took a position as Observed Controller/Trainer (OCT) training fellow service members in an operation named Wolf. Additionally, Andrew had taken classes at Central Nine in Greenwood, receiving his state certification for EMT and Firefighter. When able, he volunteered at Nineveh Fire Department.

St. John is survived by his wife, Ashton St. John and their two young children, Maxwell and Audrey.

St. John's funeral will be private, but family and friends are invited to his visitation on Friday, August 23, from 3 p.m. to 8 p.m. at the Hoosier Harvest Church at 4085 Leonard Road in Martinsville.

In lieu of flowers, the family asks that contributions be made to the Indy Honor Flight program in memory of Andrew. Envelopes will be provided by the funeral home or donations can be made online at www.indyhonorflight.org/donate .