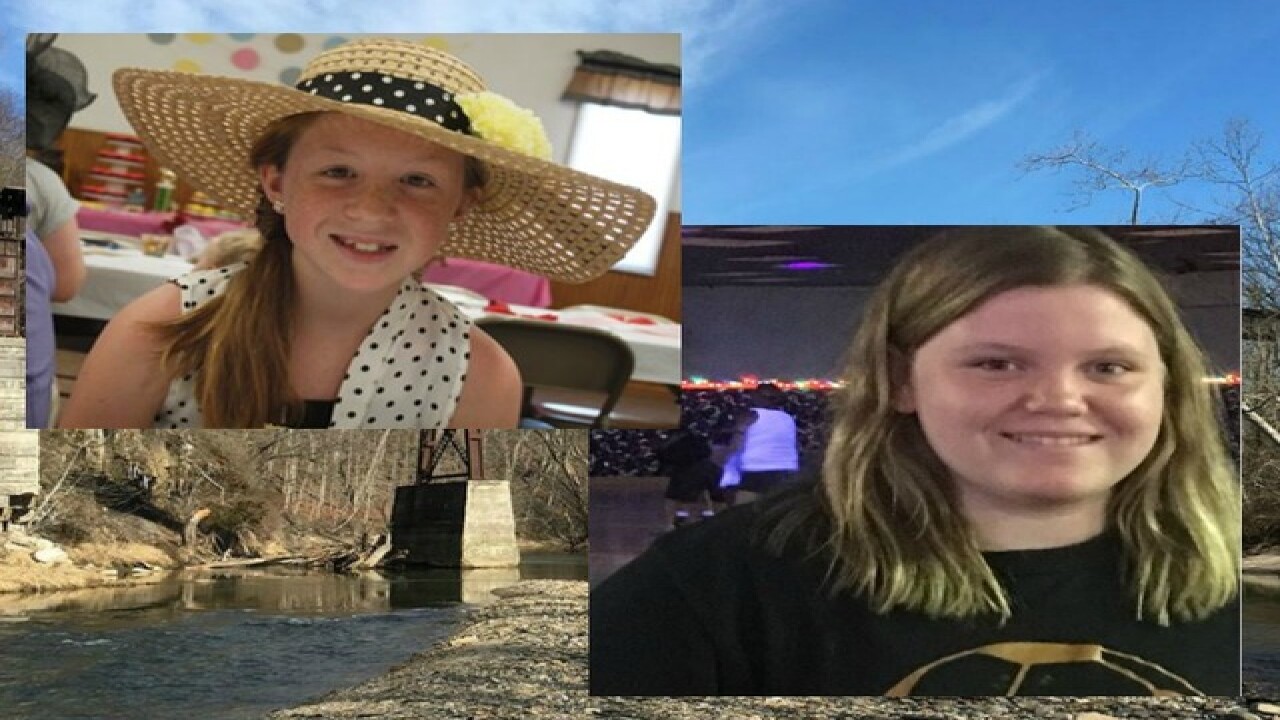 Liberty "Libby" German, 14, and Abigail "Abby" Williams,13, were reported missing Monday afternoon after they were dropped off to go hiking near the Monon High Bridge just outside of Delphi.

New Tip Line has been setup for information regarding deaths of Liberty Germa & Abigail Williams. Number is 844-459-5786.

Family, friends and rescue crews combed the area through the evening Monday and could not locate the two teens.

It wasn't until Wednesday afternoon that the bodies were positively identified as the missing girls. Their deaths are being investigated as a homicide.

The mystery surrounding the teens' disappearance has had the small community of Delphi on edge; police do not have any suspects in their deaths at this time.

Indiana State Police released the photo below on Wednesday. They say this man was on the Delphi Historic Trail around the time that Abby and Libby were there. They want to speak to him about what he may have seen.

Carroll County Sheriff Tobe Leazenby said in a press conference Wednesday this is the first double homicide and child murder he can recall since becoming sheriff.

Although there are no official suspects at this time, Sheriff Leazenby said he still feels those living in Carroll County are safe, but everyone should be more cautious and attentive moving forward.

Sergeant Kim Riley with Indiana State Police vowed to track down whoever is responsible for the crime.

"I mean, we have nobody in custody at this time. So as far as I'm concerned there is somebody out there who did this crime and we're going to track them down," said Sgt. Riley.

Police are asking anyone who may have been on or near the Delphi historic trail on Monday to contact them. Specifically, anyone that was near the Monon High Bridge and may have seen someone else there. Police are also looking for any photos from that day.

"We are going to get to the bottom of this, we feel confident. And we’re going to do everything we can within our resources to reach justice in this situation," said Sheriff Leazenby.