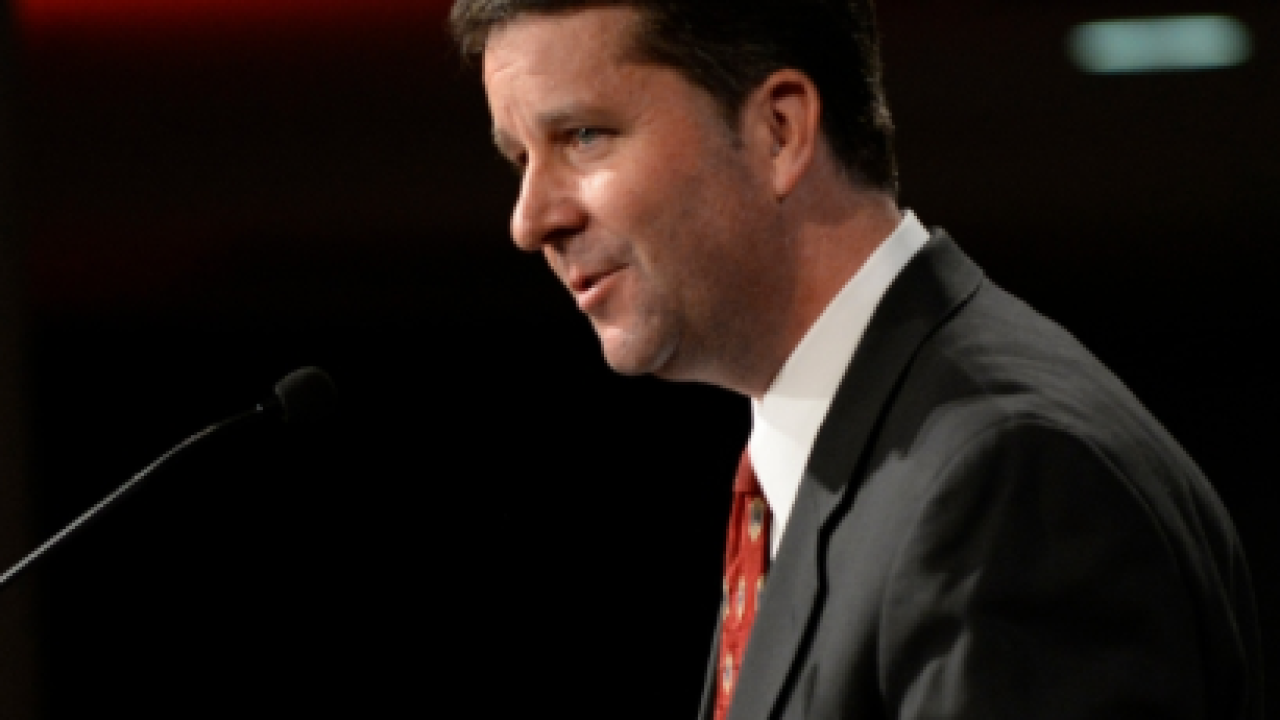 BLOOMINGTON -- The man picked to become Indiana University's next director of intercollegiate athletics does not need a road map to find his way around the Bloomington campus.

Scott Dolson, who has spent the last 11-years as deputy director and chief operating officer of intercollegiate athletics, was appointed to the top job Tuesday by IU President Michael McRobbie. The IU Board of Trustees is expected to give formal approval in April.

Dolson replaces Fred Glass who announced his retirement in December and as been athletic director since 2008.

"Given his background and experience in helping to oversee the recent growth and development of nearly every major area of IU's large athletics operation, Scott is extremely well-positioned to lead our intercollegiate athletics program and further its longstanding and storied traditions of excellence as well as build on Fred Glass' outstanding achievements of the last 10 years," McRobbie said. "For more than two decades at IU, he has demonstrated an unwavering commitment to ensuring that our student athletes achieve success both on and off the field, compete within the rules and represent IU with passion, integrity and distinction."

Prior to being deputy director and chief operating officer of intercollegiate athletics, Dolson headed the IU Varsity Club, a job he kept atfer moving up to deputy director.

A 14-member search committee made Dolson its pick. IU Vice President for Government Relations and Economic Engagement Bill Stephan chaired the committee. "The committee reviewed a number of highly qualified candidates from around the country who were attracted to IU's athletics traditions and values, culture of success and consistently well-run programs," Stephan said. "In the end, we found in Scott Dolson an individual who possessed the right combination of experience, integrity, drive and passion for IU sports to lead our athletics program toward a bright and banner-achieving future."

"I am honored and humbled by the opportunity to lead the Indiana University Department of Intercollegiate Athletics, a place I have served for more than two decades and have long had a tremendous love and passion for," Dolson said. "I want to thank President McRobbie, search committee chair Bill Stephan and the entire search committee for the trust they have shown in me to lead the department into a very promising future.

The Michigan City, Indiana, native graduated from IU with a bachelor's degree in management. Under Bob Knight, he was a student manager for the men's basketball team for four seasons and head manager in 1988. He joined the Varsity Club in 1989.