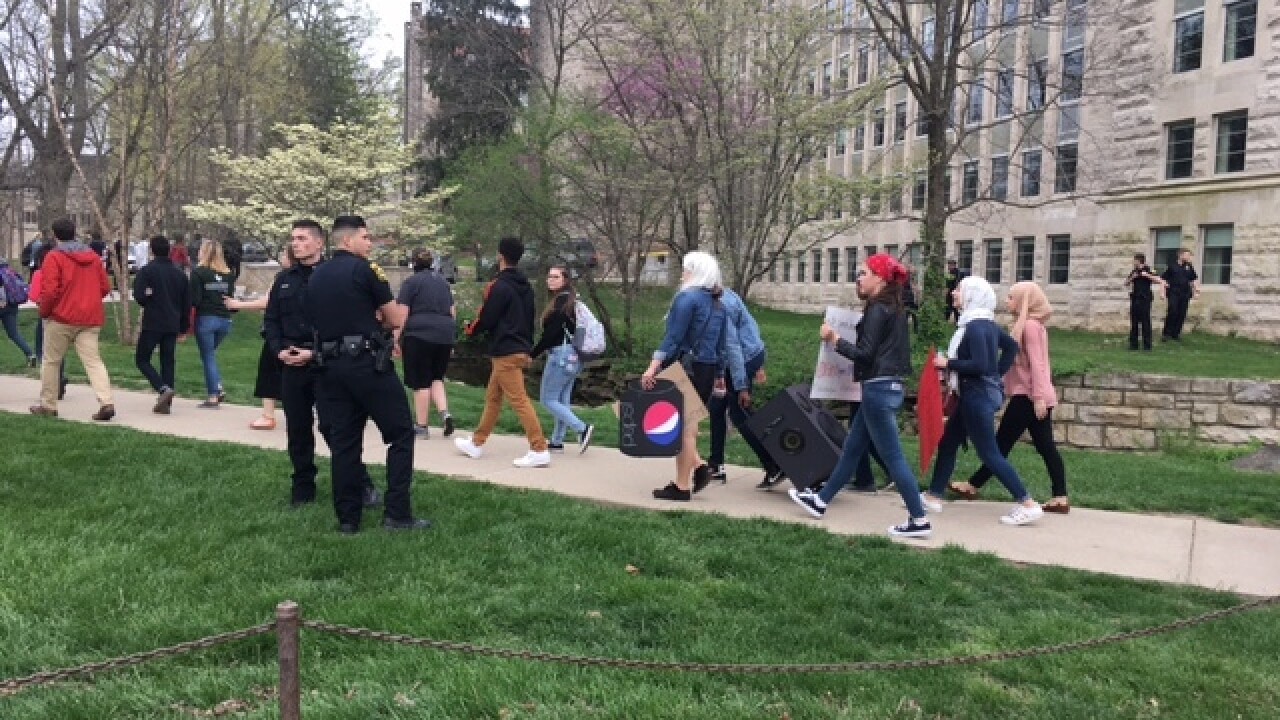 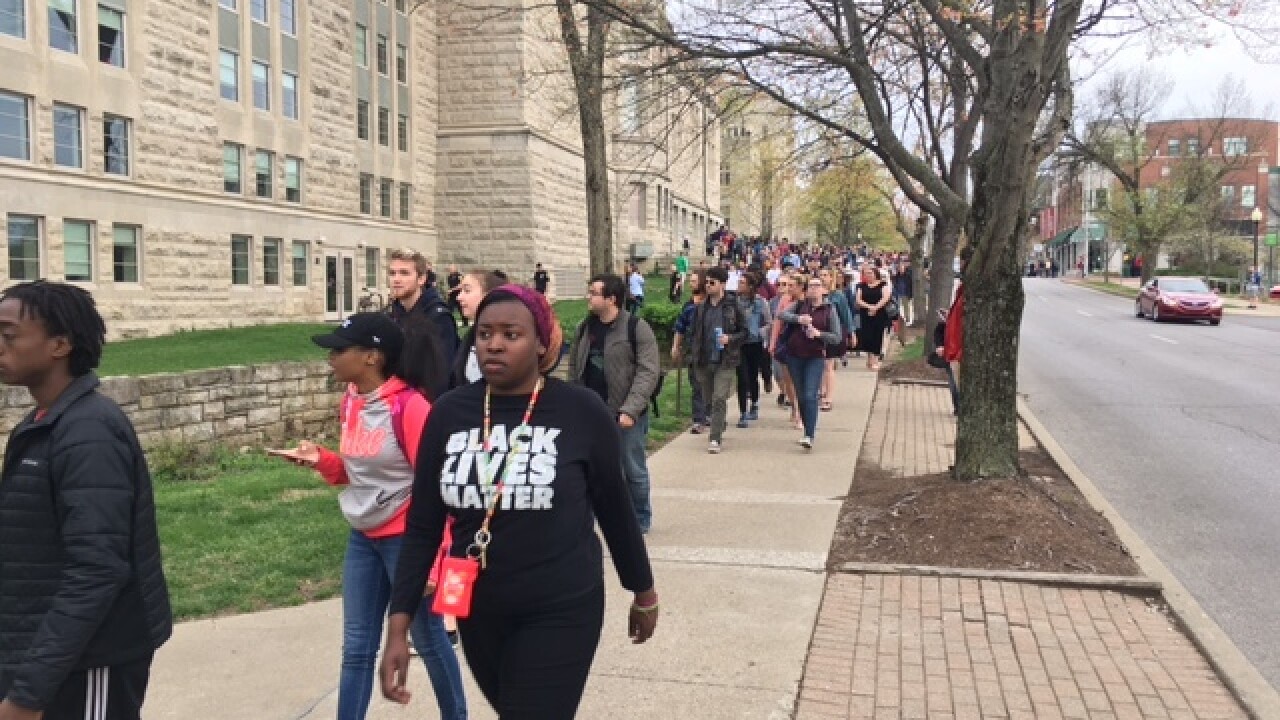 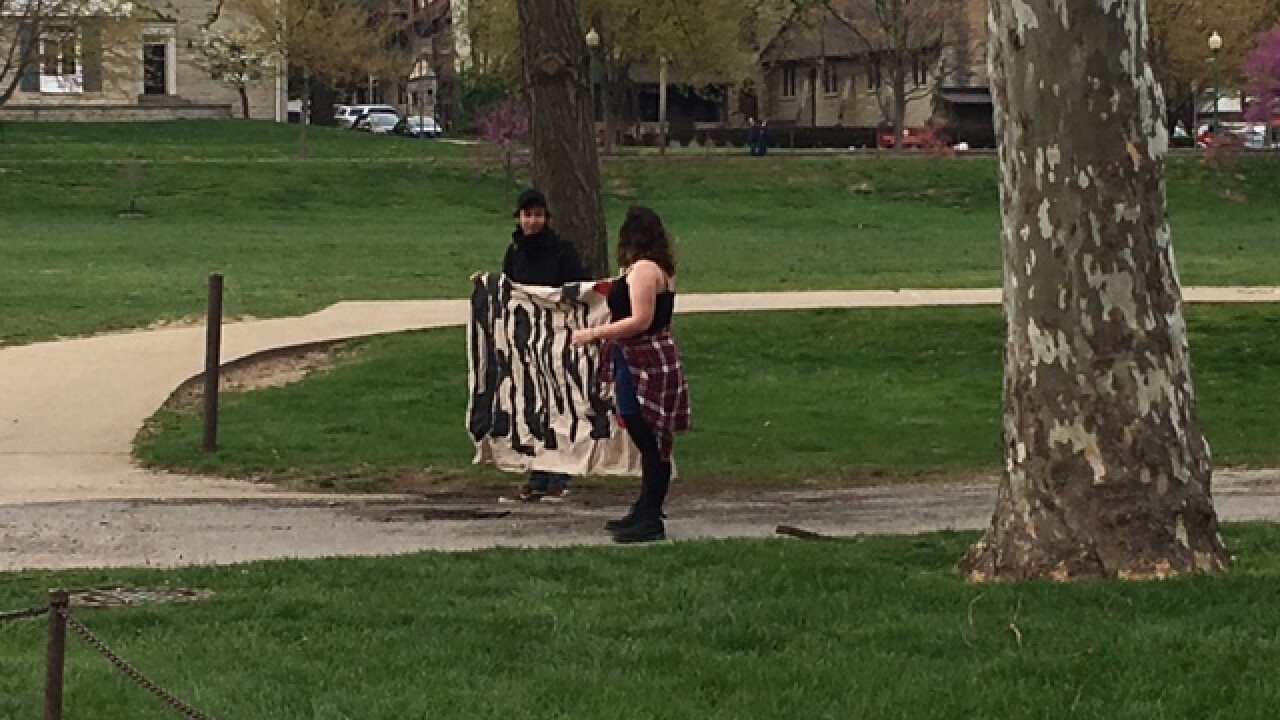 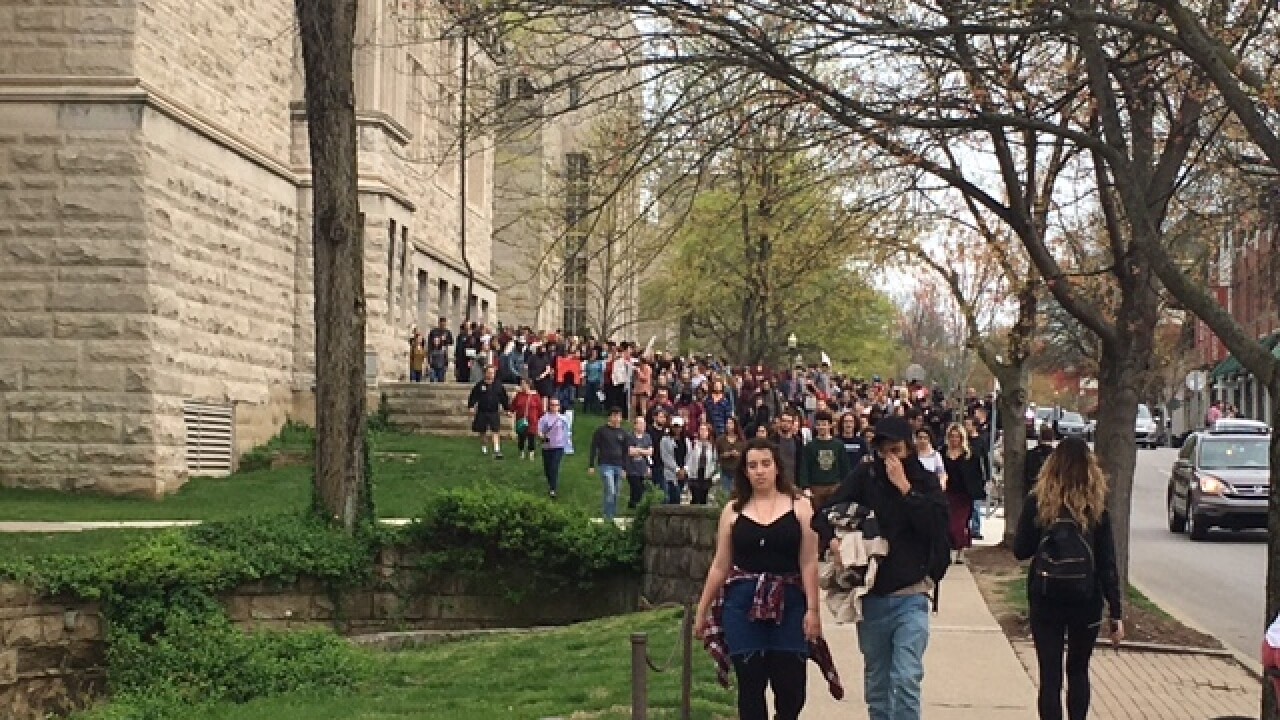 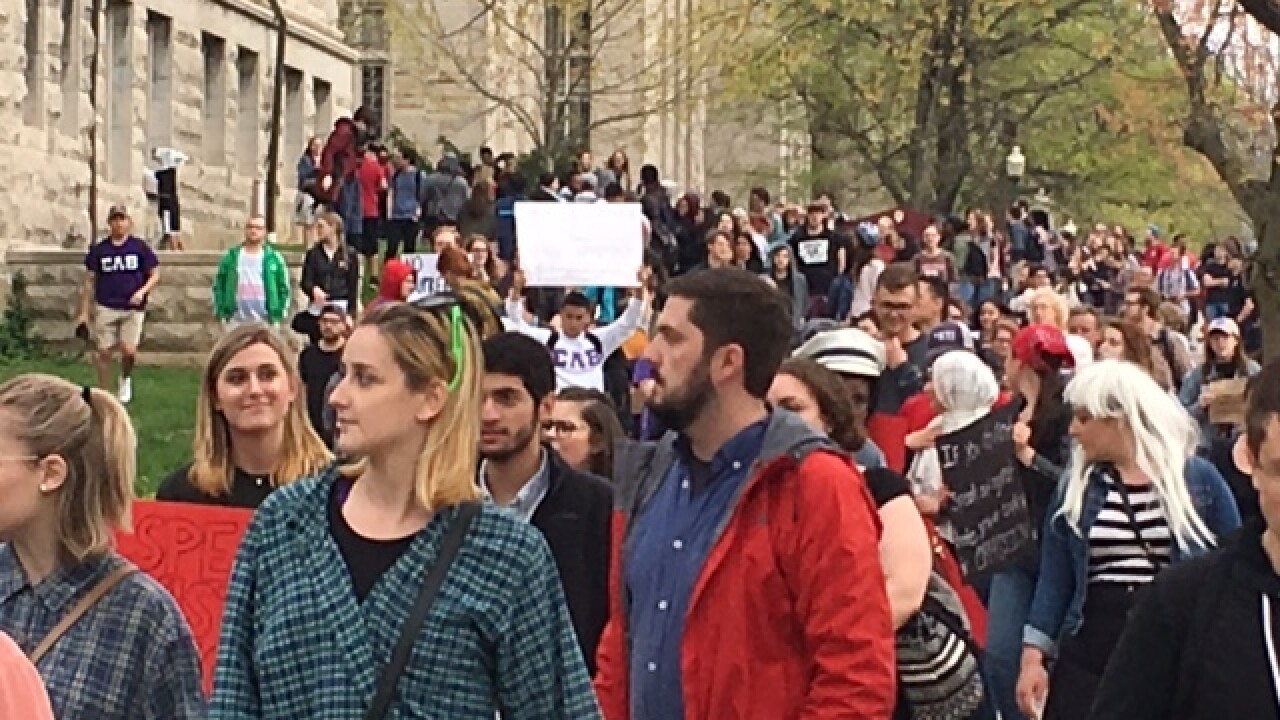 The 74-year-old author of "The Bell Curve" and "Coming Apart: The State of White America" was invited to speak at the university by the American Enterprise Institute Executive Council and the Tocqueville Program. Tuesday's event is titled "The 'Coming Apart Election.'"

Only students who had tickets to the event were allowed inside Franklin Hall.

"This is not free speech, " said freshman Savannah Powell. "Free speech is not allowing a hate monger to come onto campus."

Nearly 200 students, staff and faculty signed an open letter to the president and the program sponsors denouncing Murray's visit to campus.

"We believe that providing a platform to Charles Murray is highly irresponsible and detrimental to the university community," the letter stated.

The IU talk is not the first controversial appearance for Murray. In recent weeks he has faced protests at several campus visits across the country. He has stated in numerous interviews that the protests will not keep him from his speaking engagements.