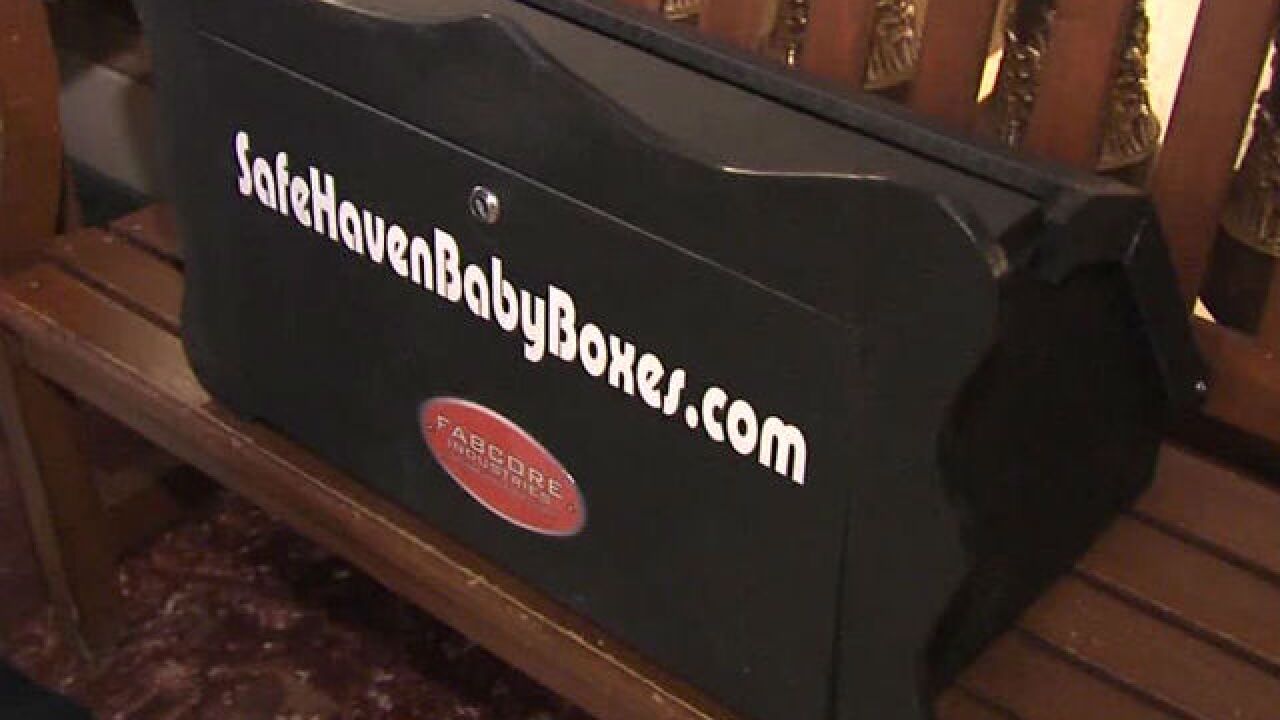 SOUTH BEND, Ind. (AP) - The director of the Indiana Department of Children Services has warned an organization that installed two baby boxes at firehouses where mothers can drop off unwanted newborns anonymously to remove them.

According to letters obtained by The Associated Press, DCS Director Mary Beth Bonaventura wrote the Safe Haven Baby Box organization saying she questions the safety of the boxes. She also said the agency would have to investigate the use of such a box as a case of child abandonment.

Kelsey said she plans to install two more baby boxes in Indiana, another in Ohio, and a total of 30 in the next year. Her attorney, James Bopp, said the two will be installed in urban areas in central Indiana.

Indiana lawmakers said since said they are revisiting a proposal to establish baby boxes.

There has been criticism from advocates of safe haven laws, who contend the proposal would make it easier to surrender a child without exploring other options and could deprive mothers of needed medical care.

Copyright 2016 Scripps Media, Inc. The Associated Press contributed to this report. All rights reserved. This material may not be published, broadcast, rewritten, or redistributed.