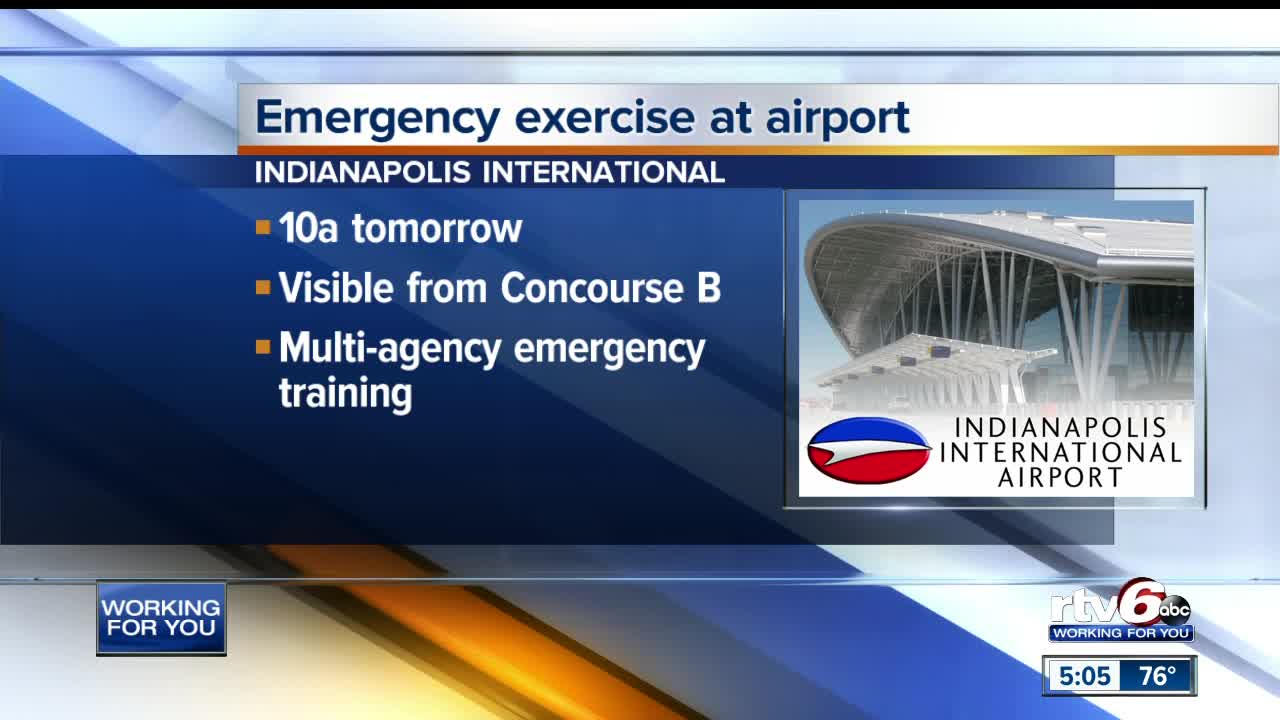 INDIANAPOLIS — Don't be alarmed if you see a fire Tuesday morning at Indianapolis International Airport.

The Indianapolis Airport Authority said it will conduct a major emergency training exercise, complete with a possible fire. Among the emergency plans being evaluated are incident command and control, rescue methods and procedures and triage of injured victims.

The exercise might be visible from Concourse B around 10 a.m.

People partipating will include members of 30 agencies and organizations in the Indianapolis area, as well as 75 Indianapolis Airport Authority fire, police, security, dispatch and other operations personnel. Another team of 10 out-of-state experts will observe the drill, and around 100 volunteers will serve as diaster victims and survivors.