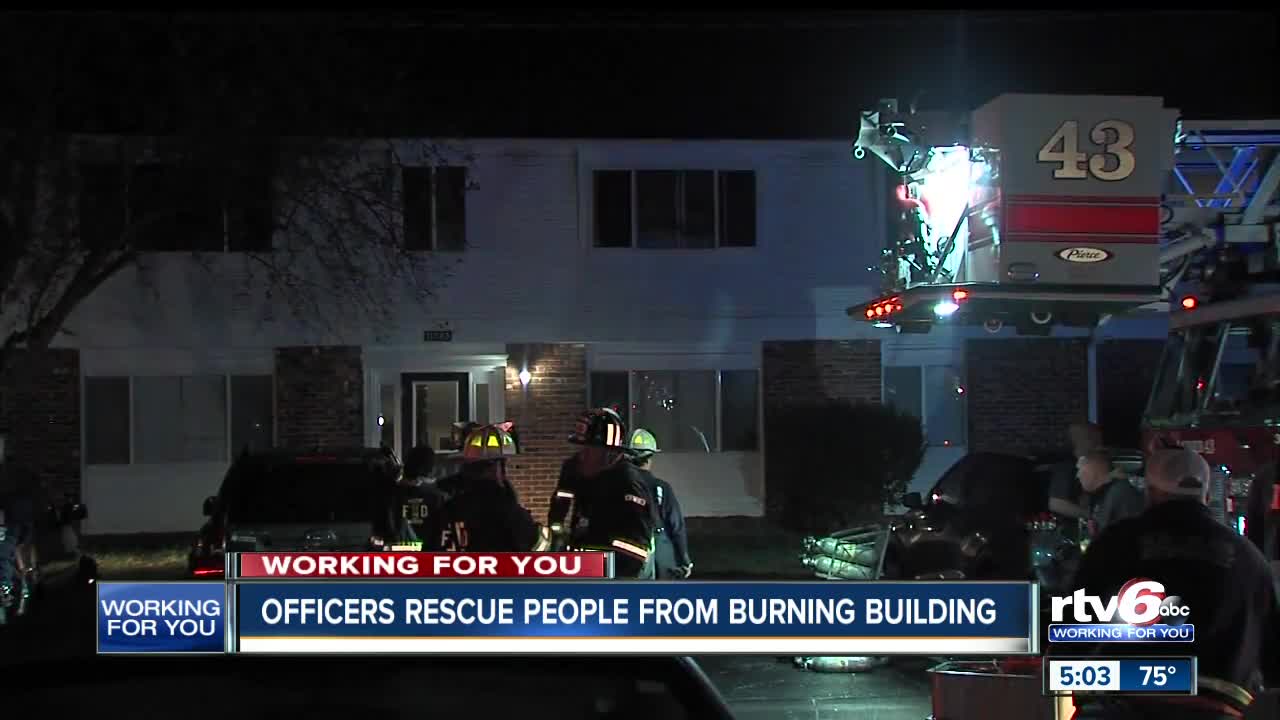 A look at body camera footage showing officers risking their lives to save a child and others trapped in a burning building. 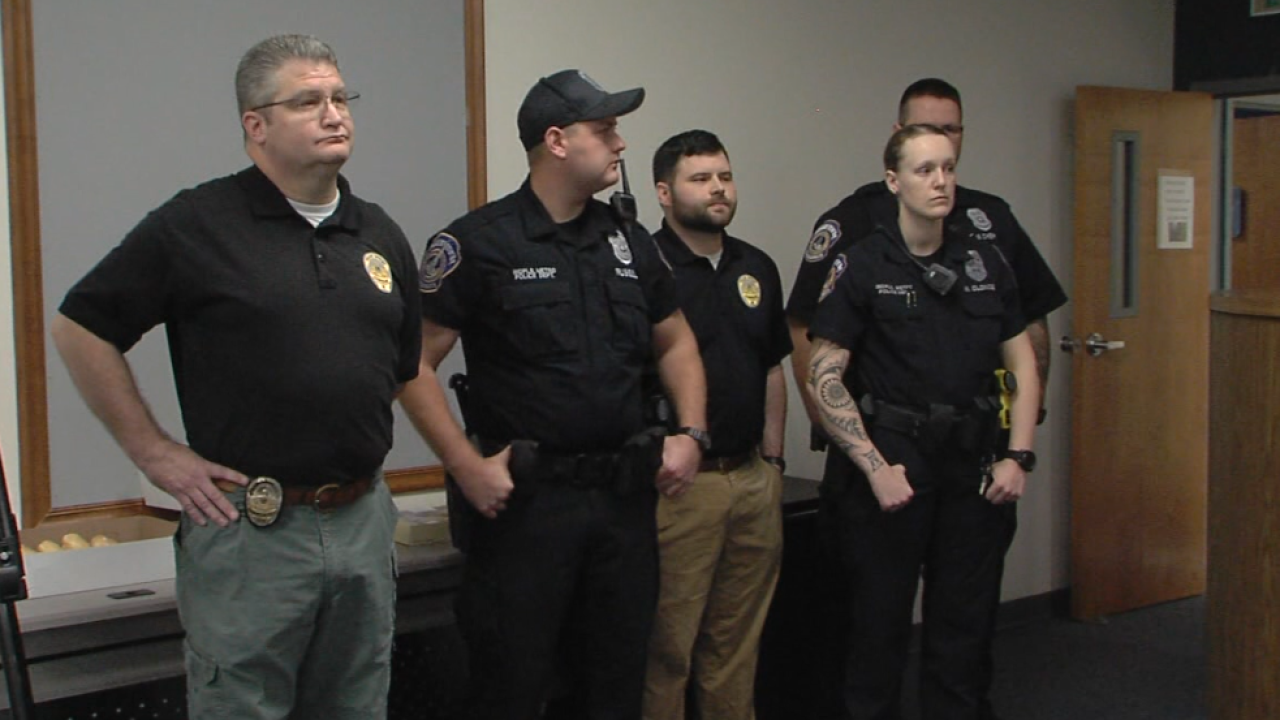 INDIANAPOLIS — Four police officers are being hailed heroes after saving several people from a burning apartment complex in Cumberland on Tuesday morning.

Three of the officers were from the Indianapolis Metropolitan Police Department, and one was from the Cumberland Police Department. They're all responsible for saving a family of three and a 16-year-old from a burning apartment building.

During a press conference on Wednesday, the four officers said they were just doing their job.

"These are actions that officers, troopers, deputy sheriffs, do every day in Central Indiana, in the state, and across the country," Officer Megan Clonce said. "What we did people think is unique and extremely over the top, but on our district, on our shift, that's the norm. That's how everyone is on our entire shift, so it didn't really surprise me the way we acted. That's just how we do things."

The officers arrived on the scene a couple of minutes before firefighters arrived and knew there were people asleep upstairs.

"When we walked up the stairs, I didn't really know how bad it was going to be," Officer Ryan Russell said.

"And then he said get down and breathe, so I followed him, and when he pushed the door open, there was more smoke than we thought," Russell said.

When Russell and Lt. Roger Waggoner made it upstairs, one went right, and one went left — and that's when Russell saw a 7-year-old boy asleep on the couch.

"Just instinctively, I said, 'I got the kid.' So at that point, I stood up, kind of stopped caring about the smoke, grabbed the kid, and put his face in my shoulder ... put one arm around him, and at that point, he obviously woke up," Russell said.

Russell and the boy made it out of the building safely, leaving Lt. Waggoner and the boy's parents in the bedroom.

"I opened the back bedroom, saw him getting them together, I hollered, 'we need to go,'" Waggoner said. "And she started following me, but when we got to the door, the fire had started to spray into the other apartment, and everything went black from the smoke, and we just felt our way out."

All of this can be seen from Waggoner's body camera footage. The hallway completely filled with smoke, leaving Lt. Waggoner and the man to find another way out.

The man jumped off the balcony, and Waggoner called for someone to bring him a ladder. Both made it out safely.

"It's just what you do — us being police officers, firefighters — people come together as people," Officer Colons said. "I even saw neighbors comforting neighbors, you know. It didn't matter what you did for a living; everyone was just helping each other out."

When firefighters arrived on the scene, they were able to get into the apartment where the fire started. They found a 40-year-old woman unresponsive.

Officials say the fire alarms in the unit where the fire started were not working.