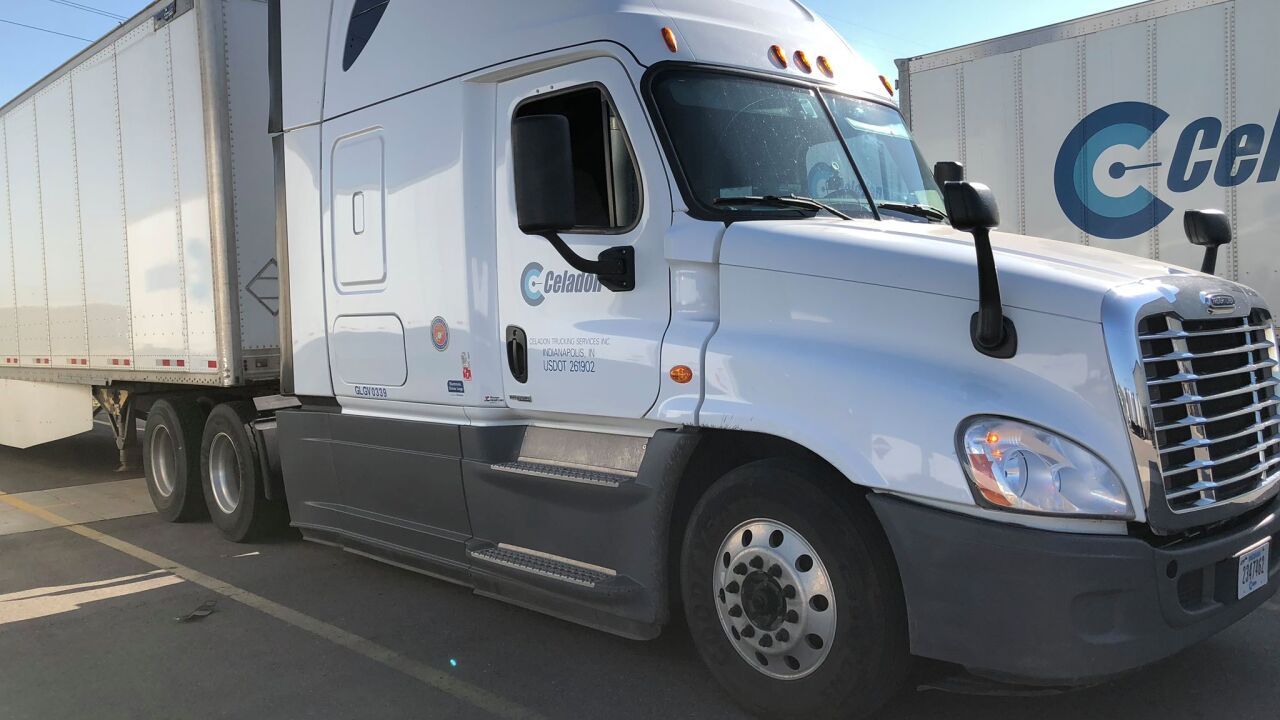 An Indianapolis-based transportation trucking company has filed bankruptcy, leaving thousands of truck drivers without a job.

Celadon Trucking, which is based in Indianapolis, issued a press release Monday morning saying the company was filing for Chapter 11 bankruptcy and "winding down operations" just a week after two former senior management officials were indicted on fraud charges.

The shut down does not include the Taylor Express business headquartered in North Carolina, according to the press release.

"We have diligently explored all possible options to restructure Celadon and keep business operations ongoing, however, a number of legacy and market headwinds made this impossible to achieve," Paul Svindland, Chief Executive Office of Celadon said in the press release. "Celadon has faced significant costs associated with a multi-year investigation into the actions of former management, including the restatement of financial statements. When combined with the enormous challenges in the industry, and our significant debt obligations, Celadon was unable to address our significant liquidity constraints through asset sales or other restructuring strategies. Therefore, in conjunction with our lenders, we concluded that Celadon had no choice but to cease all operations and proceed with the orderly and safe wind down of our operations through the Chapter 11 process."

And just last week, two former senior management officials with the company were charged in a securities and accounting fraud scheme.

William Meek, 39, and Bobby Lee Peavler, 40, were named in an indictment unsealed December 5 federal court in Indianapolis, the U.S. Attorney’s office for the Southern District of Indiana said. Both men appeared in court and were released on bail.