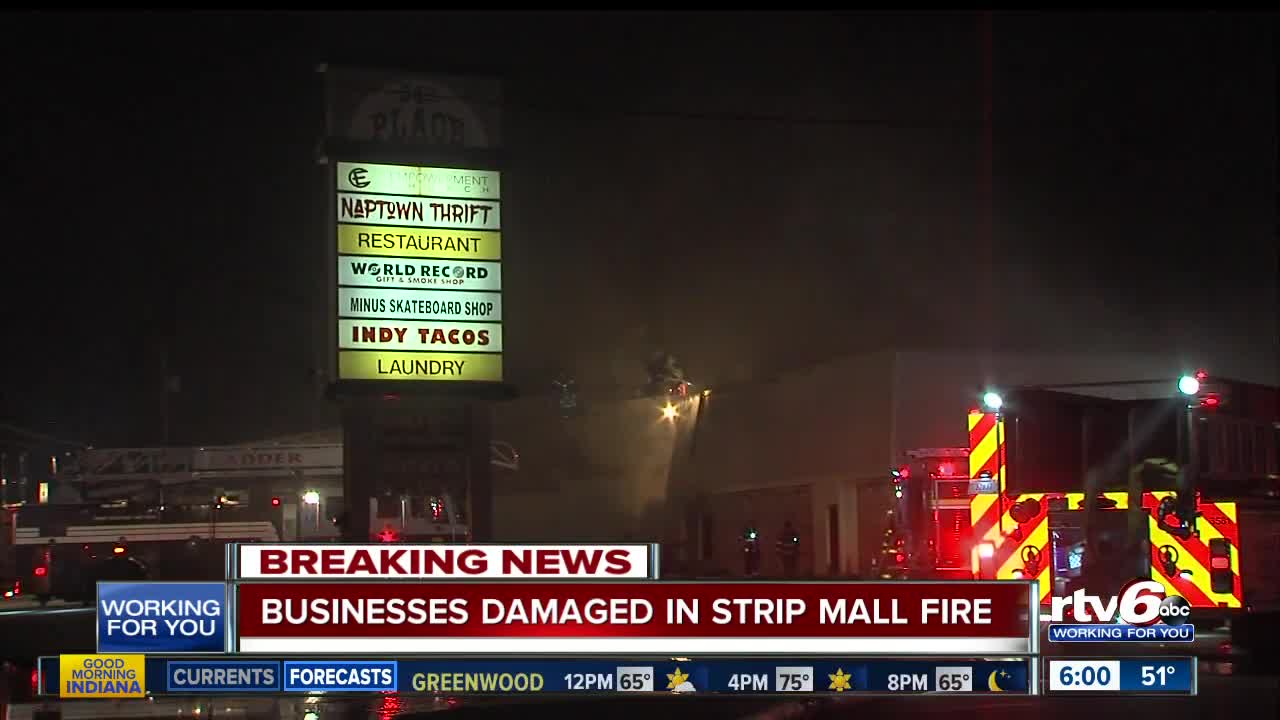 An Indianapolis business is damaged after a strip mall caught on fire. The fire department is investigating.

INDIANAPOLIS — Indianapolis fire officials are investigating a fire that occurred inside of a strip mall.

The scene unfolded near 54th Street and Keystone Avenue around 1 a.m. on Wednesday.

Investigators say most of the fire damage was to a restaurant called 'Mississippi Belle.'

A few other businesses did have some smoke damage.