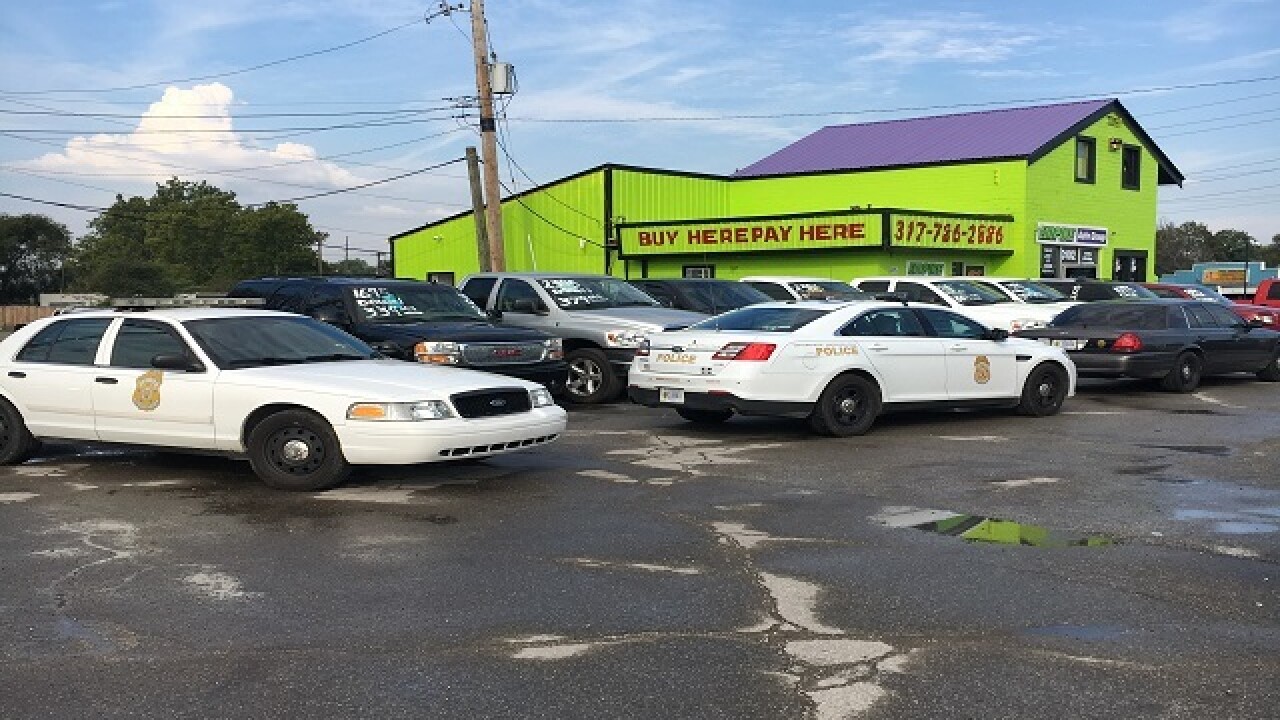 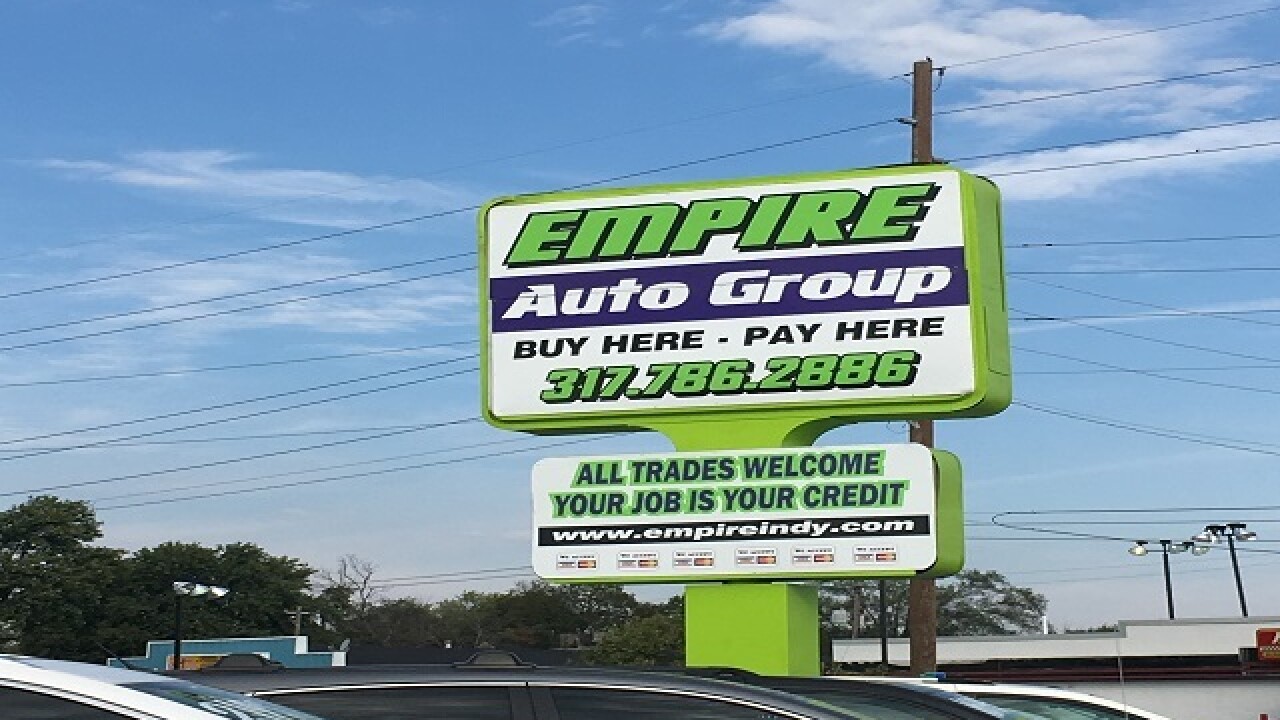 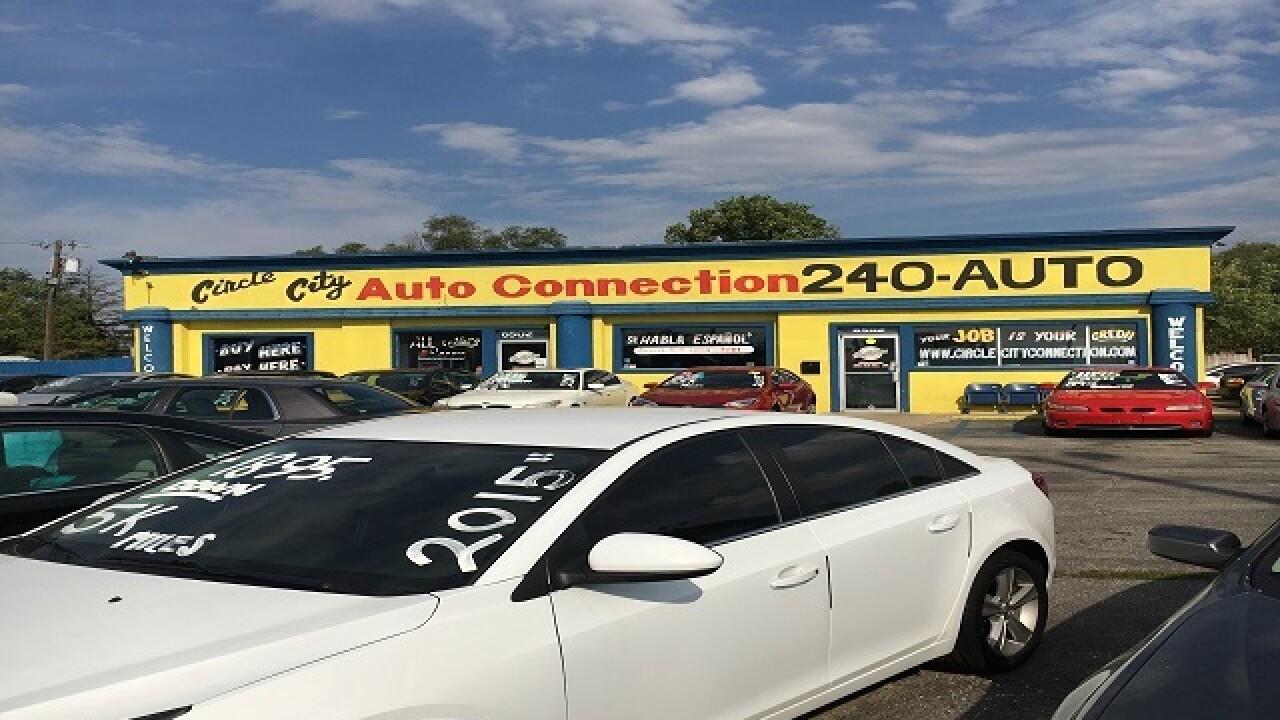 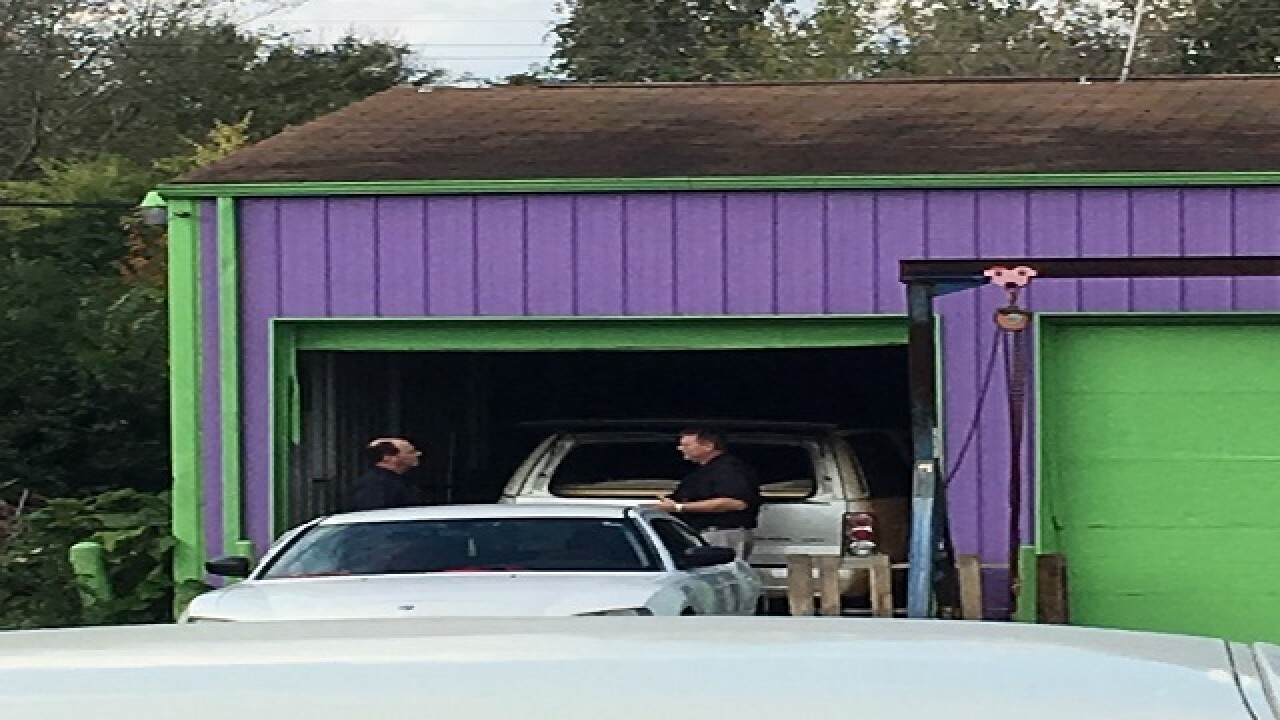 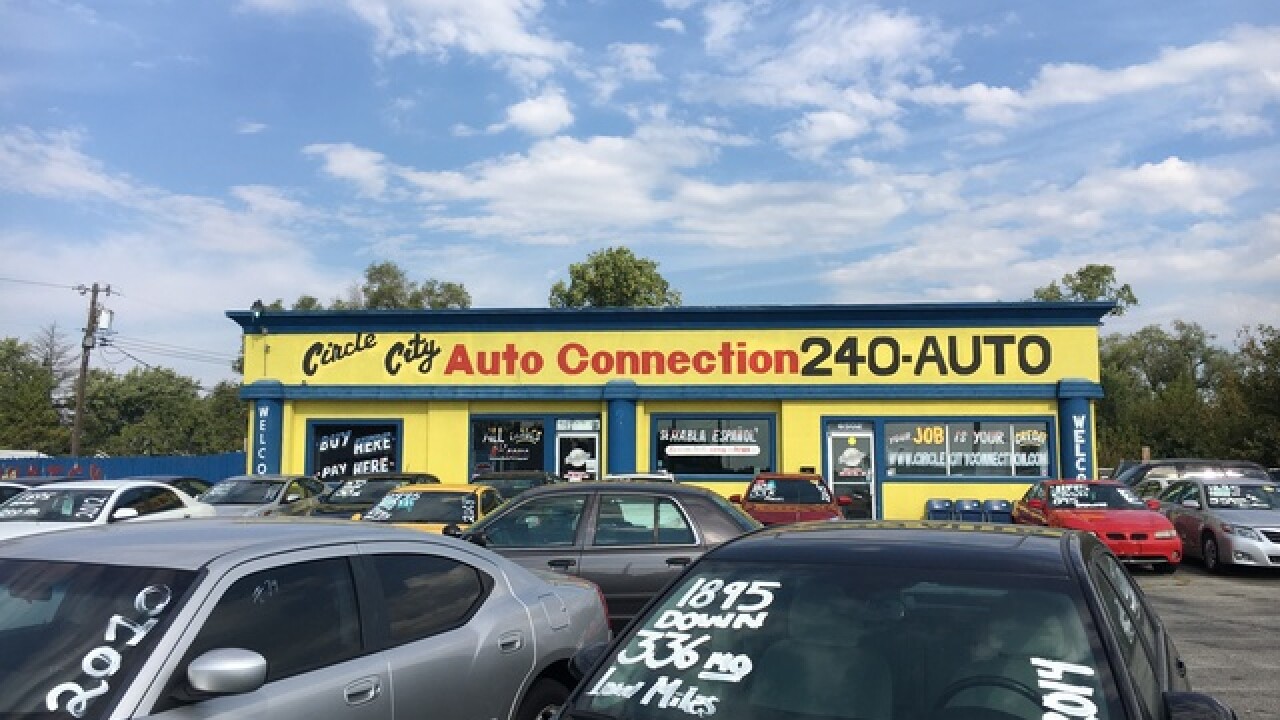 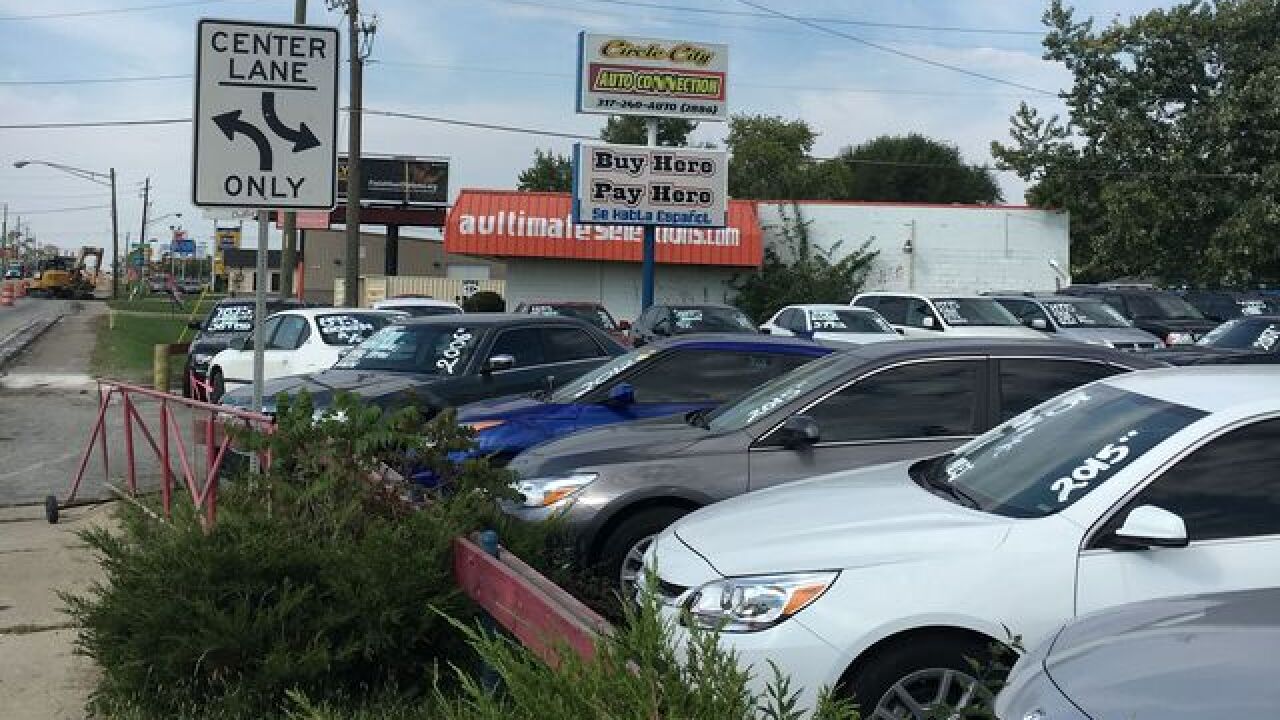 INDIANAPOLIS – Police raided two car dealerships on the city's south and west sides amid concerns from consumers about the car lot’s business practices.

Police removed boxes of documents and computers, inspected vehicles and spoke with employees at both car lots.

Empire Auto on Madison Avenue was previously known as Circle City Auto Exchange until last month when they closed, and reopened under a new name, records show.

Call 6 Investigates exposed the car lot in 2015 for failing to disclose a car’s crash history.

Customers told Call 6 Investigates they were confused when they showed up to buy a car and instead encountered police.

“I didn’t know what was going on,” said Kevin Price, who stopped at the West Washington Street location to look at a car he saw advertised on Craigslist. “I’m glad police got here before I did, because I might be out of some money.

Richard Richardson and Candice Pirtle contacted Call 6 Investigates after they learned of the raid.

They bought a 2007 Dodge Charge from the Madison Avenue location and said it does not have a Vehicle Identification Number on the windshield.

“When you sell a person a car, they should be happy walking out, and I was never happy with the car,” said Richardson.

Pirtle said they were unaware the car has an open recall for airbags on both the driver and passenger sides.

“I was happy they were raided, because when we tell them about our problems, they act like we’re crazy,” said Pirtle.

Richardson and Pirtle hope the raid eventually leads to customers getting their money back.

Call 6 Investigates has spoken with more than a dozen customers of Circle City Auto over the past year and a half, some of whom have filed complaints with the Indiana Secretary of State’s office.

A spokesperson for the Indiana Attorney General’s office said they were not involved in the raid and it is unrelated to their civil lawsuit against Circle City Auto and its owners, which is scheduled for trial in mid-2017.

The Attorney General’s office became concerned about Circle City’s relationship with Empire Auto and recently the court granted the AG’s request to add Empire Auto to their lawsuit against Circle City.

“The State is alleging Empire is involved in the same acts as previously alleged against the other Defendants in the State’s lawsuit, Circle City Auto Exchange, Circle City Auto Connection, and Circle City Sales & Service,” said Monica Hernandez, spokesperson for the Indiana Attorney General’s office.

The Secretary of State’s Office said it can help alleged victims with title delivery and dealer complaints. They can be reached at 317-234-7190.

It is unclear if Circle City Auto Connection on West Washington or Empire Auto on Madison Avenue will reopen Thursday.

Empire Auto’s incorporator is listed as Kiona Waters, and the registered agent is Brandi Pierson.

Pierson is a manager at Circle City Auto, according to the lawsuit filed by the Indiana Attorney General.

The Indiana Attorney General’s Office recommends these steps if you’re dealing with a car dealership that has closed or shut down: