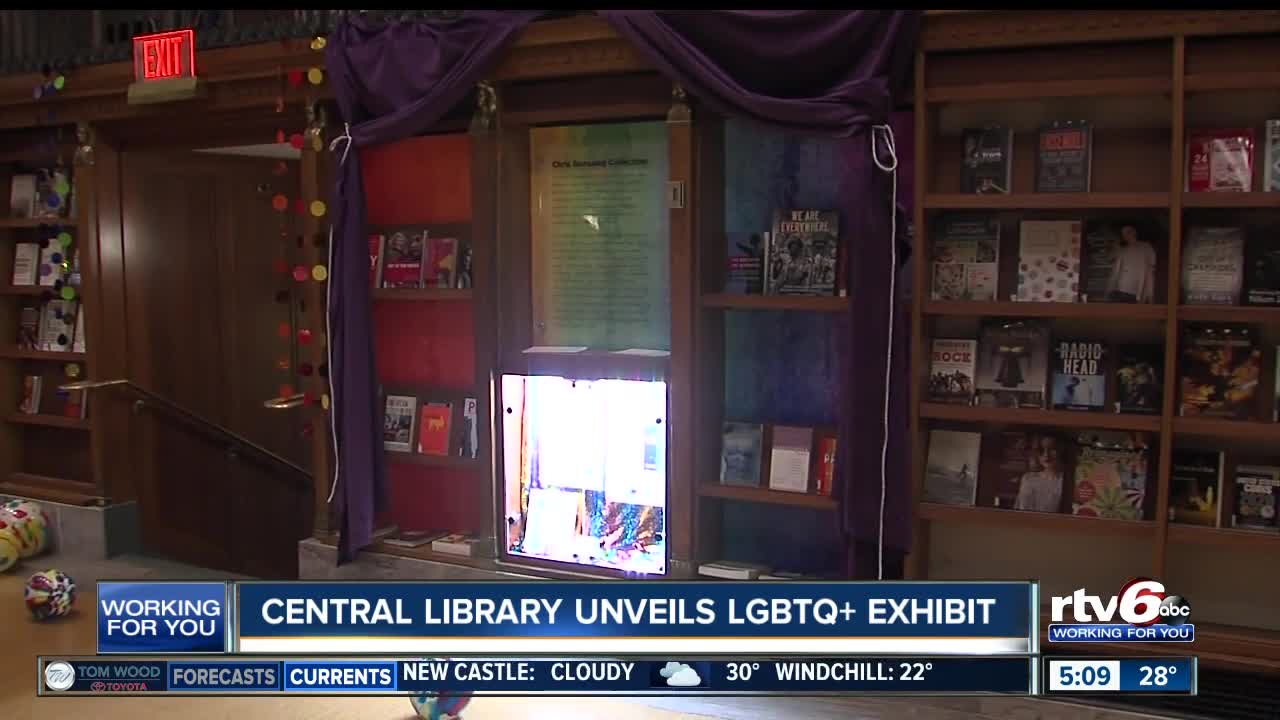 INDIANAPOLIS — The Indianapolis Public Library has unveiled a new section dedicated to history, culture and stories from the LGBTQ+ community.

The permanent exhibit was opened yesterday at the Central Library in Downtown Indianapolis. The collection opened with more than 6,000 items, and the CEO of Indianapolis Public Library wants that number to grow.

"Indy Pride has helped make this material available, and we have pledged to grow this collection in the future," Jackie Nytes, CEO of IPL, said. "I don't want anyone to think that this is one and done; now we've got our gay collection — it's not that at all. I really see this as a starting point."

Last year, Indy Pride and the Indy library announced a partnership to integrate the Chris Gonzalez Library and Archives into the Central Library.

Chris Gonzalez was a community activist and founder of Indiana Youth Group. Gonzalez died in 1994.