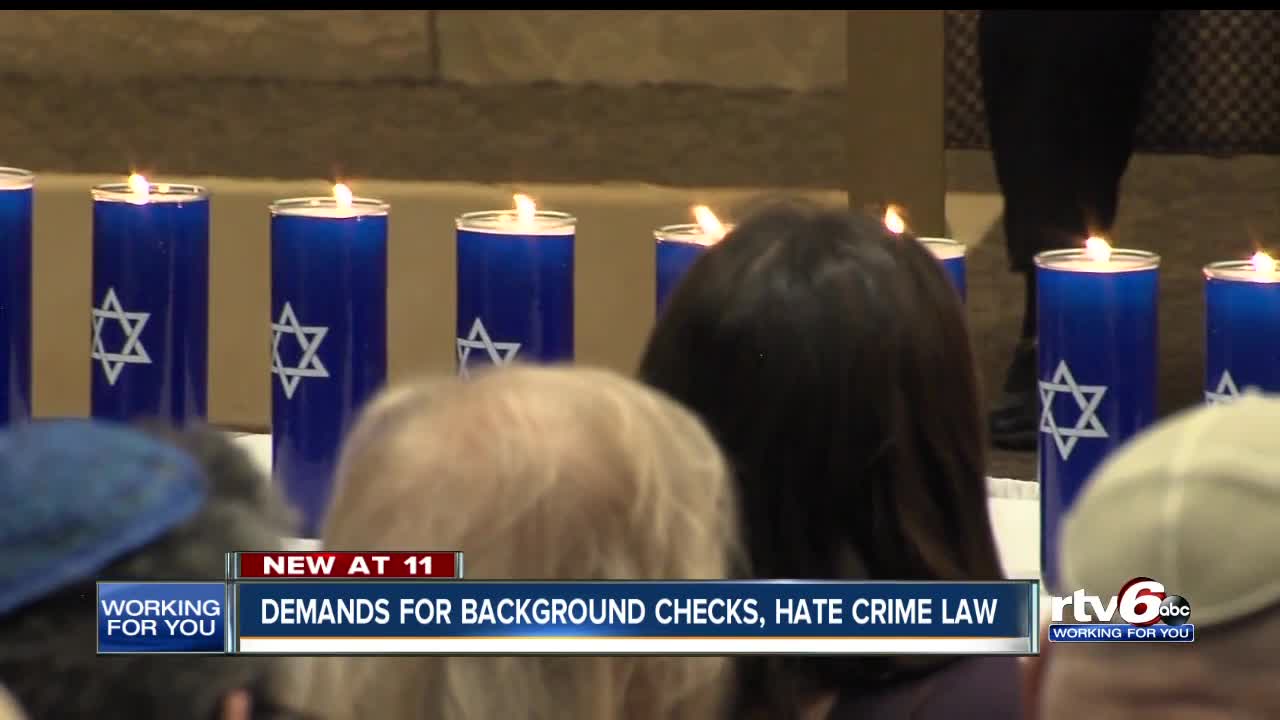 Organizers say more than 1,000 people attended the service and several interfaith and civic leaders spoke to the crowd, calling on elected officials to take steps to protect religious minorities and all Indiana families.

INDIANAPOLIS — Hundreds of people gathered at the Indianapolis Hebrew Congregation Monday evening to remember the 11 people killed in the mass shooting at a Pittsburgh synagogue on Saturday.

Organizers say more than 1,000 people attended the service and several interfaith and civic leaders spoke to the crowd, calling on elected officials to take steps to protect religious minorities and all Indiana families.

"The people of the Tree of Life congregation were in the midst of prayer as they were violently gunned down," said Rabbi Dennis Sasso with the Congregation Beth El Zedeck. "We need more than prayer.

Rabbi Sasso urged the congregation not to ignore the proliferation of guns in the US, "This is not a time for arms, this is a time to lock arms together."

"It's about time Indiana joined the rest of the nation and have a hate crime law," said Hiser. "There is a need for a hate crime law. That there is a difference between a normal crime and crime perpetuated out of hate."

A report from the Anti-Defamation League shows the number of anti-semitic incidents across the nation was 60 percent higher in 2017 than in 2016. In the Midwest, the number has gone up 113 percent.

Eleven people were killed on Saturday when a gunman opened fire at the Tree of Life synagogue in Pittsburgh.

Federal prosecutors have filed hate crime charges against Robert Bowers, 46, in the rampage.

Bowers surrendered to authorities after Saturday morning's deadly shooting. It is believed Bowers made anti-Semitic statements during the shooting and targeted Jews in posts on social media that are a focus of the investigation, according to a federal law enforcement official.

Bowers faces 29 charges in all.