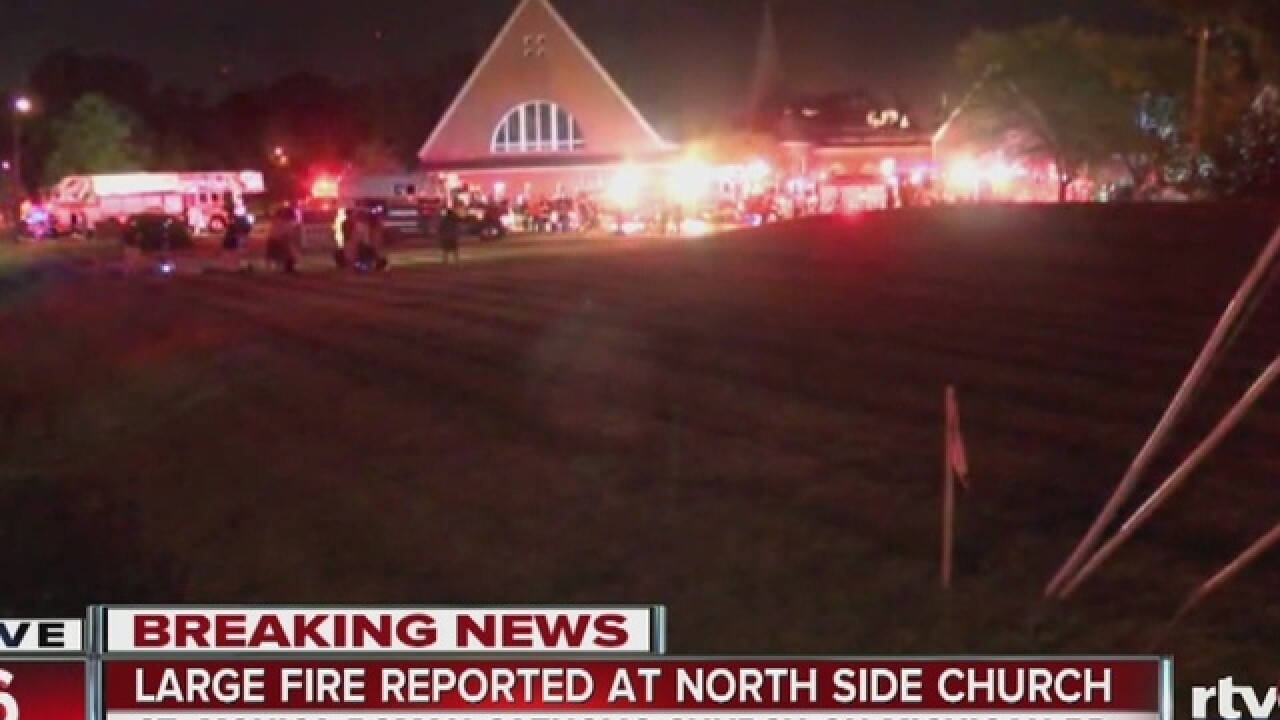 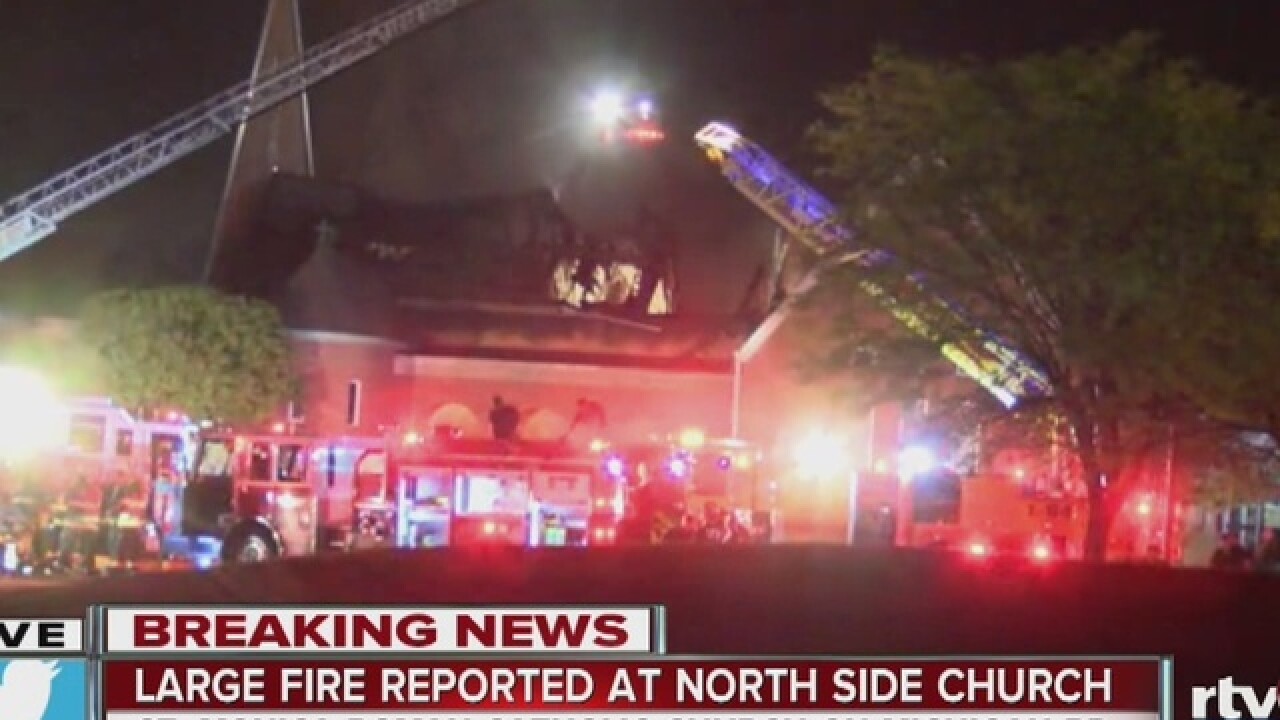 INDIANAPOLIS – After flames ripped through St. Monica Catholic Church on the northwest side of Indianapolis, faith is now helping those who attend the church to keep it together.

Members of the church have taken in the damage and admit it's tough to take.

Classes at the church's school are canceled until at least Monday, and students might switch to E-learning for the rest of the week.

The church plans to hold a scheduled 5:30 p.m. mass Wednesday night in the school's gym.

Watch our video in the player above for a full look at how parishioners and the church are recovering after the destructive fire.

This has been an update to our original story below.

A school was shut down on Indianapolis' northwest side after a large fire broke out in a connected church.

That church is connected to a school -- the St. Monica Catholic School.

According to the church's Facebook page, it appears the fire started in the narthex, similar to a porch. The fire didn't enter the church, although smoke and water damage is expected.

The offices are closed, but Mass was celebrated at 8 a.m. in the school gym.

St. Monica church caught on fire around 3:00am this morning. It appears the fire started in the narthex. It did not...

It is currently unknown what started the fire.