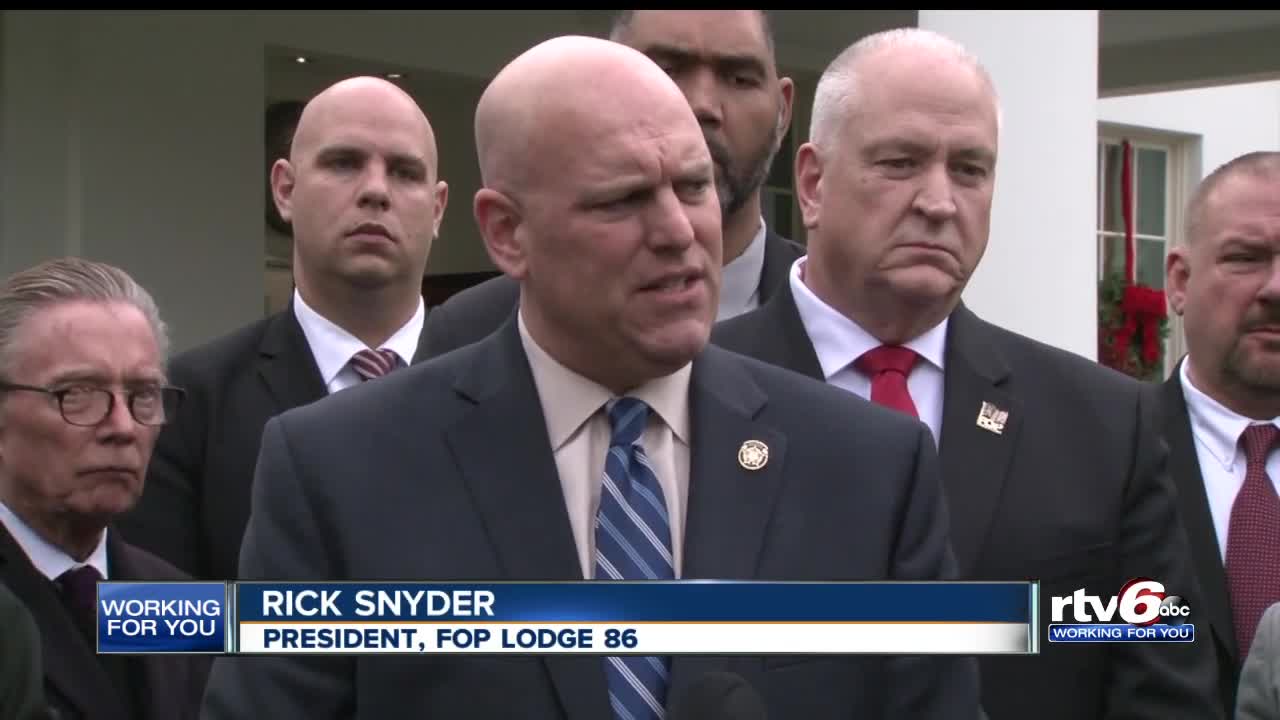 Members of the Indianapolis Fraternal of Police met with President Donald Trump this week at the White House.

WASHINGTON — Indianapolis Fraternal Order of Police President Rick Snyder was one of several people who met with President Donald Trump on Friday.

After the meeting, Snyder spoke about what he calls a broken system of "catch and release" criminal justice in Indianapolis.

"It's when our citizens and our officers sit down at the table and talk about these things that we can address them," Snyder said. "But in the meantime, it doesn't matter how many people that we arrest, it doesn't matter how many talks that we have, if we are allowing criminals that are victimizing our community back out onto the streets, we will never make any progress."

In a tweet, Snyder says he was grateful for the opportunity to meet with Trump.

GRATEFUL for the opportunity to meet with the President at the White House today to discuss the surging violence in Indy and our broken system of Catch and Release Criminal Justice. Powerful to hear the President say #IAmOutraged pic.twitter.com/cFACSfp96S