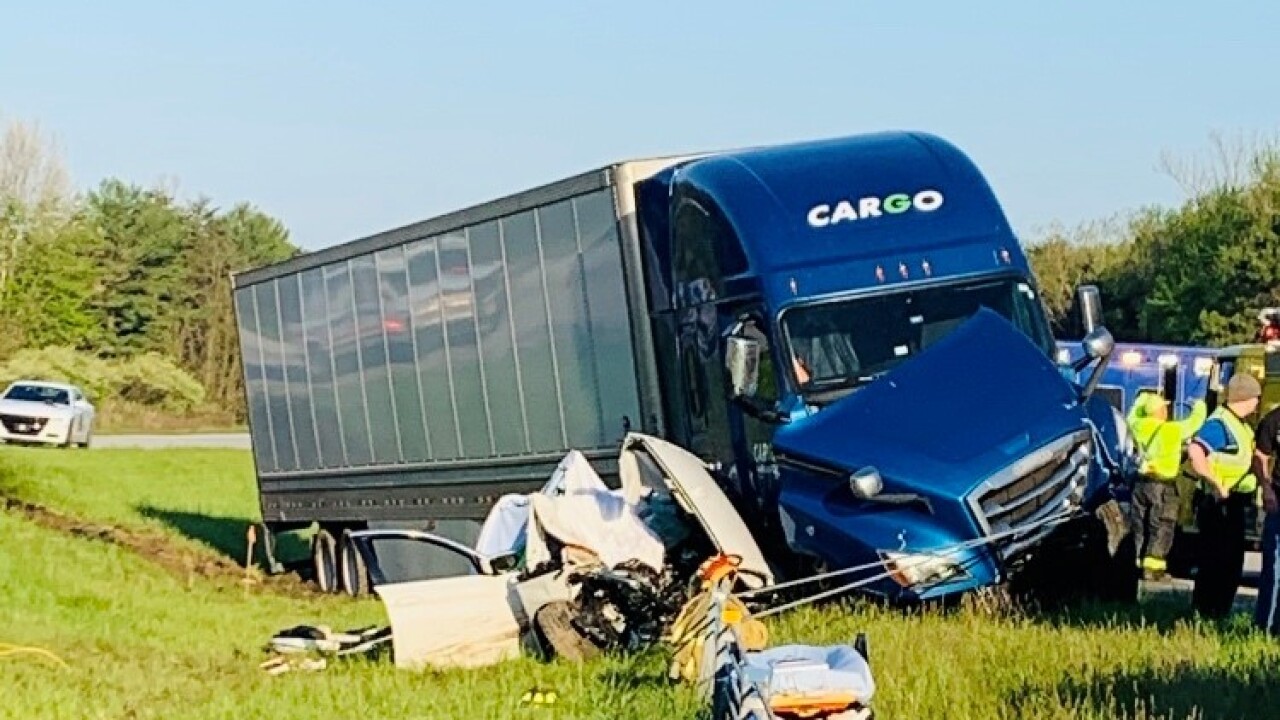 Indiana State Police
An Indianapolis died in a wrong-way crash on Interstate 70 in Clay County on Saturday, May 2, 2020. 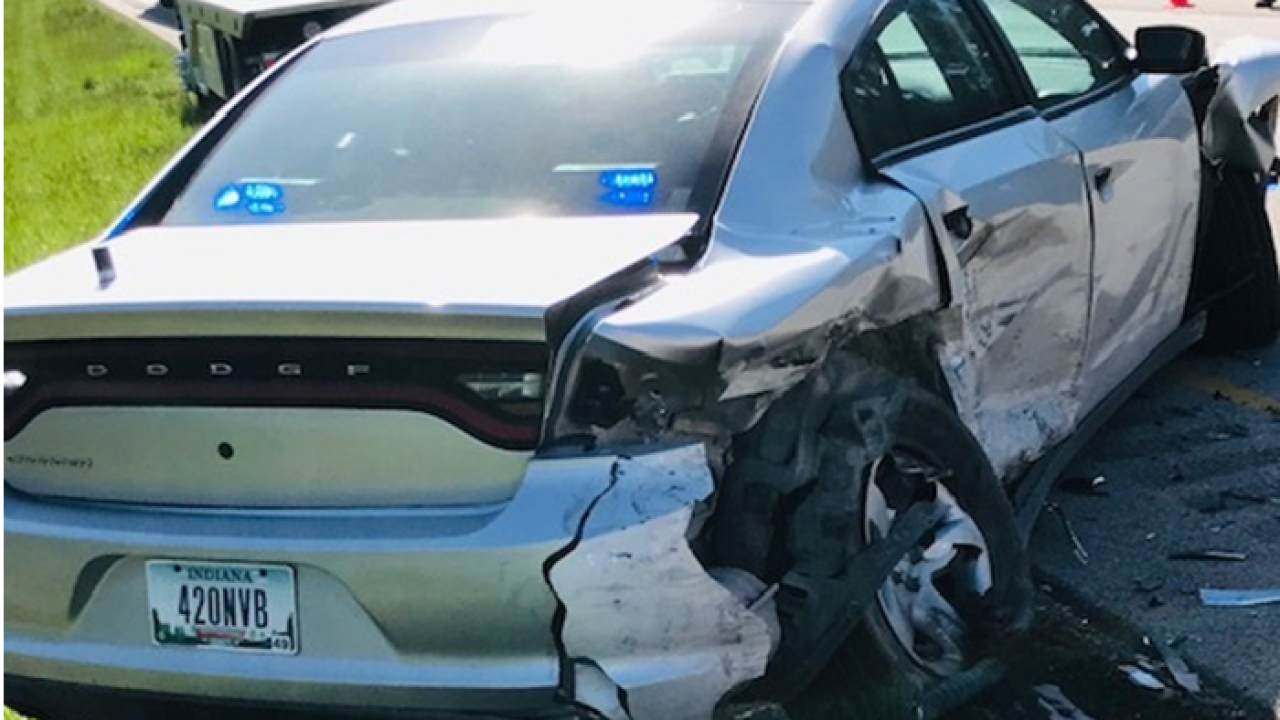 CLAY COUNTY — An Indianapolis man died Saturday morning in a wrong-way crash on Interstate 70 in Clay County, and an Indiana State Police trooper suffered injuries when his cruiser was struck by a motorist's vehicle during the investigation.

John D. Slack, 72, of Indianapolis, was driving the wrong way in the eastbound lanes of I-70 near the 22 mile marker at 6:05 a.m. Saturday when he collided with a semi-truck driven by a 21-year-old Ontario, Canada man, according to a news release from Indiana State Police.

Slack was pronounced dead at the scene, while the truck driver and his co-driver were not injured.

During the investigation into the crash just after 9:15 a.m., Indiana State Police Trooper Troy Cobb was injured when a motorist, Holly J. Hedden, 21, of Terre Haute, collided with his cruiser while driving a 2006 Buick.

Cobb is resting at home after he was treated and released from Terre Haute Regional Hospital, state police said. Hedden was not injured in the crash.

Cobb, who was inside his police vehicle with its emergency lights activated, was assisting with traffic direction during the investigation into the wrong-way crash.

State police said neither drugs nor alcohol were contributing factors in either crash.

Clay: @ISPPutnamville is currently working a fatal accident on I-70 at the 22 mm east bound. While working the accident a Trooper’s vehicle was struck. Please use caution in the area or find an alternate route. pic.twitter.com/hoMWincq28