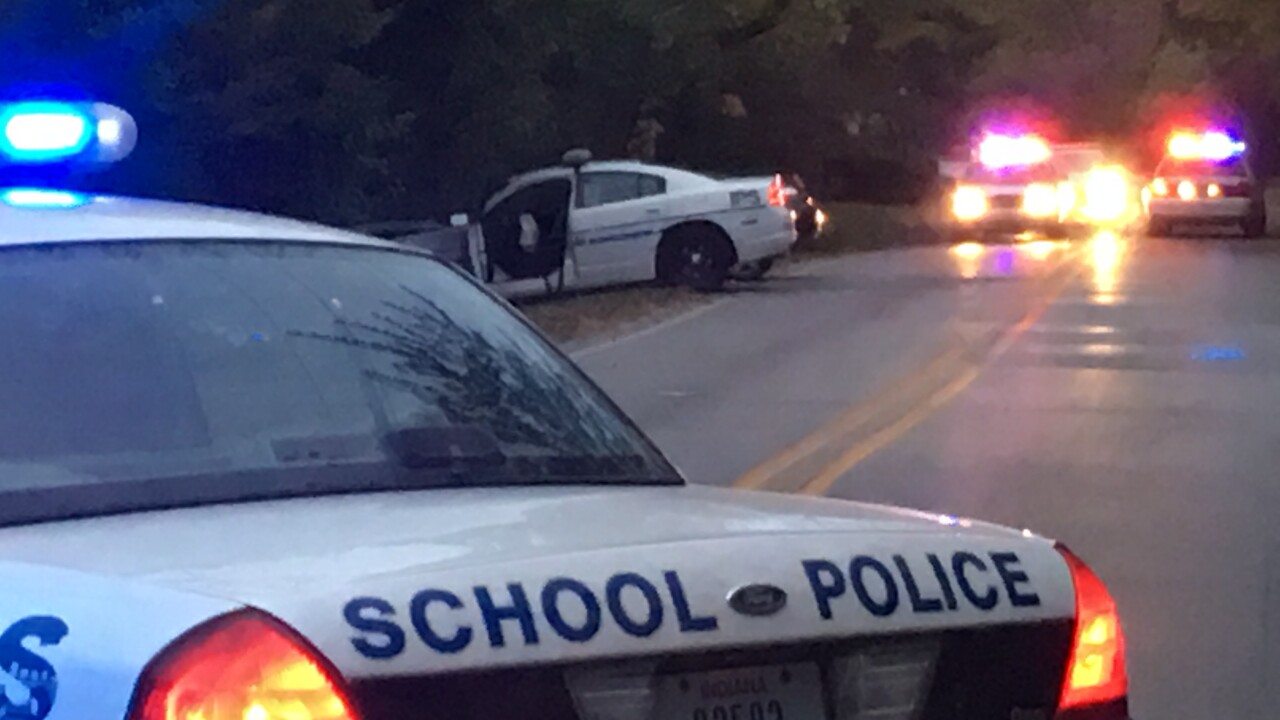 Cameron Ridle
An Indianapolis Public Schools police officer suffered minor injuries in a crash on Tuesday, October 29, 2019, on the northeast side of Indianapolis. One other vehicle appeared to be involved. <i>Cameron Ridle/RTV6 Photo</i>

INDIANAPOLIS — An Indianapolis Public Schools police officer was injured in a crash Tuesday evening on the northeast side of Indianapolis.

The crash happened around 6 p.m. near East 46th Street and Millersville Road and appeared to involve an IPS police officer and one other vehicle.

An IPS police officer suffered minor injuries in the crash, Carrie Black, communications manager for IPS, said in an email.

Indianapolis Metropolitan Police Department officers were seen at the scene of the crash.

At this time, additional details have not been released.

RTV6 has reached out to IMPD by email for more information is awaiting a response.