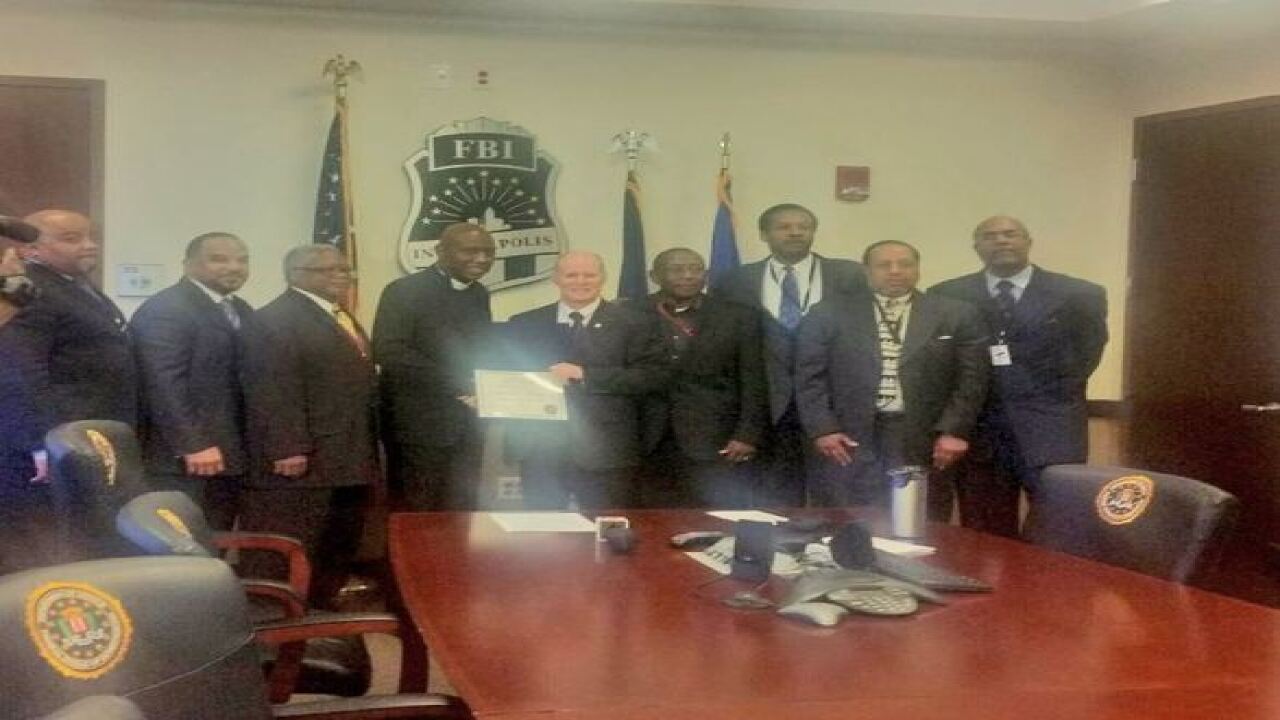 INDIANAPOLIS -- An Indianapolis group received on Monday a prestigious award from the Federal Bureau of Investigations for their efforts to curb crime and reach those affected by violence.

The FBI awarded the Indianapolis Ten Point Coalition the Director’s Community Leadership award for their work in the Butler-Tarkington, Crown Hill and United Northwest neighborhoods.

“The coalition serves as a catalyst for change here in Indianapolis and their partnership with local law enforcement is vital to the community,” said W. Jay Abbot, FBI Special Agent in Charge, Indianapolis Division.

Abbot believes groups like Ten Point help curb the violence in the communities they’re involved with.

“Nationally Indianapolis has risen much less than other large metropolitan size communities,” said Abbot. “That doesn’t mean that’s great, it’s still not acceptable. But it seems like we’re getting a little bit of traction here and doing better. And the hope is that with partnerships like this we can continue to make those in-roads.”

The bureau will fly a member of the Ten Point Coalition to Washington D.C. in April where FBI Director James Comey will present the group with an official award.

Only 56 of the awards are given out each year.