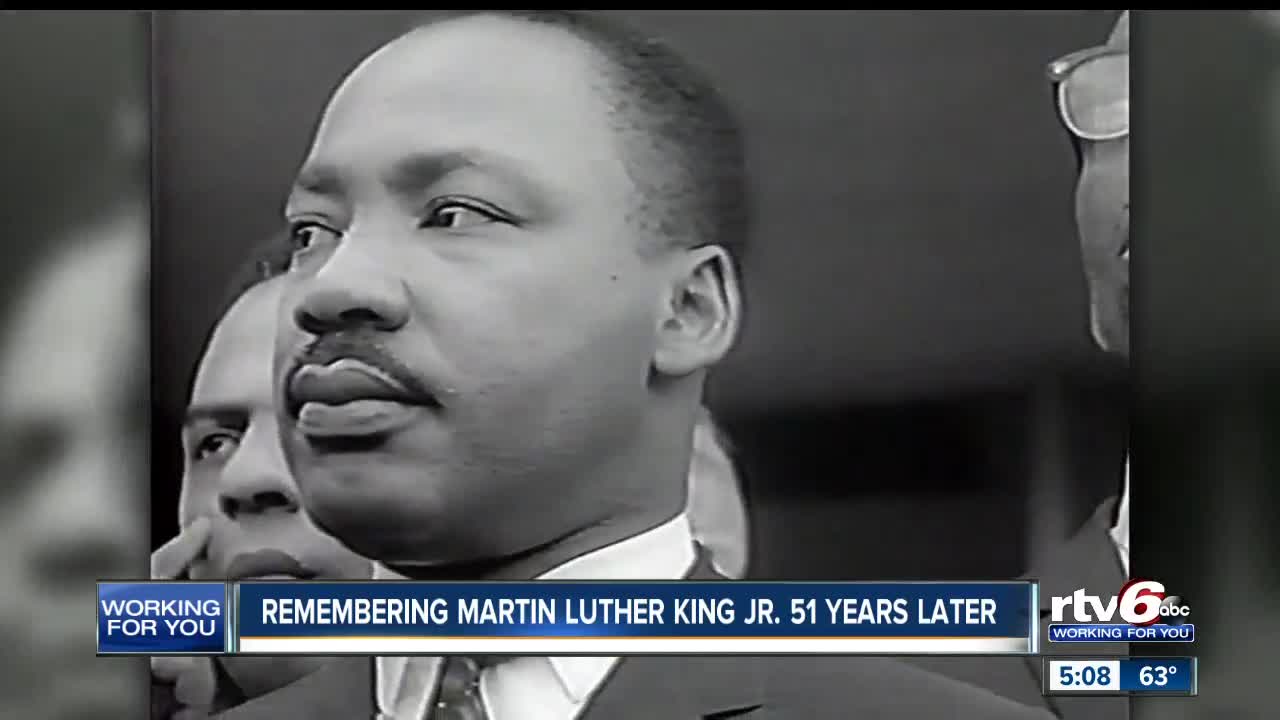 On the 51st anniversary of the assassination of Dr. Martin Luther King Jr. a speech made by Robert Kennedy in Indianapolis on the night King was killed is remembered.

INDIANAPOLIS — April 4 is a historic date. On that day in 1968, Dr. Martin Luther King Jr. was assassinated at the Lorraine Motel in Memphis, Tennessee.

Dr. King has been gone for 51 years, but his message remains loud and clear.

The night the civil rights leader died, Robert F. Kennedy gave a speech to Indianapolis crowds that helped stem the flow of outrage over the killing of Dr. King.

"I have some very sad news for all of you... and I think for all of our fellow citizens, and the people who love peace all over the world and that is that Martin Luther King was shot and killed tonight in Memphis, Tennessee (cries and screaming)."

That moment the iconic words from Kennedy that began a night where Indianapolis kept the peace instead of rioting as many other cities did in response to the assassination.

On Thursday, Indianapolis residents gathered at the exact spot where Kennedy gave his famous speech 51 years ago.

People gathered to remember the significant impact Dr. King had on our country, and how Kennedy's speech shaped history.

Following the gathering, Mayor Joe Hogsett shared why he remains optimistic in moments of despair.

Here, on these sacred and hallowed grounds, a place that today we call Dr. Martin Luther King Jr. Park — one group of Americans learned that yet another disciple of our nation’s great promise had died by an assassin’s bullet. pic.twitter.com/cXXUJeAn1k

"It’s why I’m optimistic we will endure, why I know we as a people will continue to persevere," Mayor Hogsett tweeted. "Because if we could find grace amidst such despair, surely we can find it amidst our own divisions."

It’s why I’m optimistic we will endure, why I know we as a people will continue to persevere. Because if we could find grace amidst such despair, surely we can find it amidst our own divisions. pic.twitter.com/OVyUp2bhF7