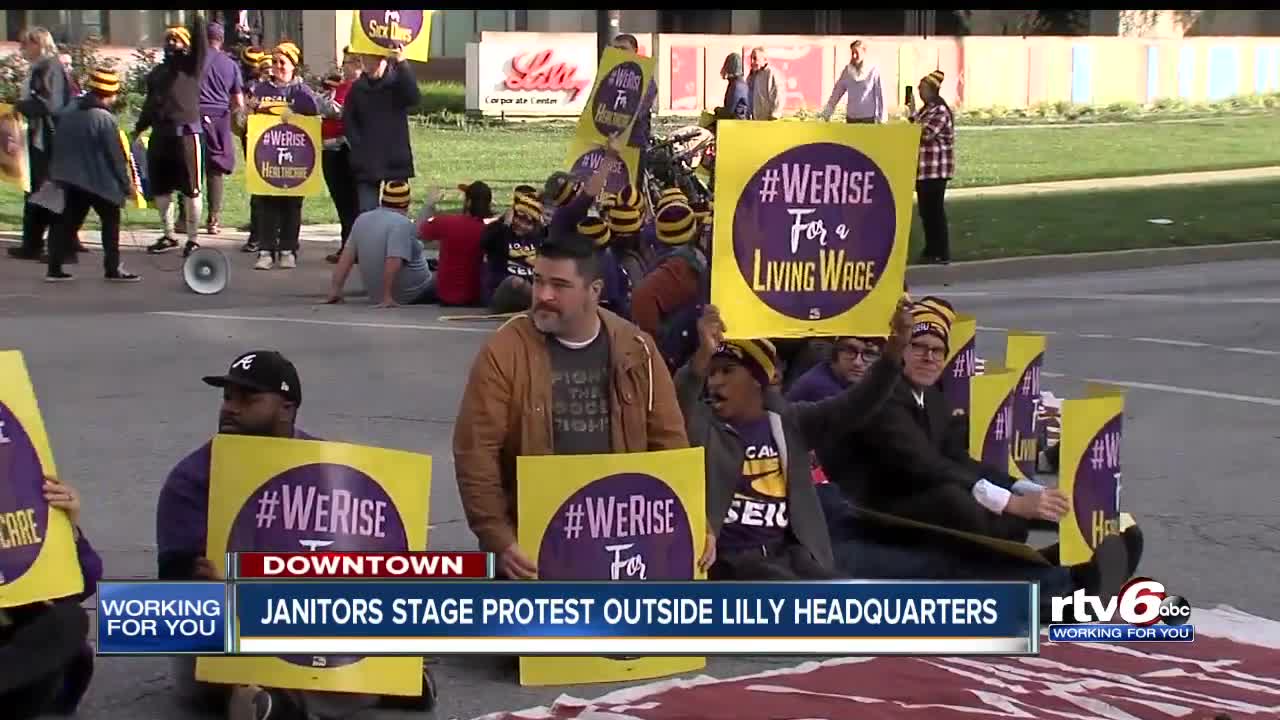 Indy City-County Councilors Zach Abramson and Duke Oliver were among the 48 protesters cited during the janitors protest in front of Eli Lilly headquarters on Thursday.

The workers protested Thursday evening outside Eli Lilly's headquarters near the intersection of McCarty and Delaware streets.

They say they clean buildings for a multi-billion dollar pharmaceutical company, but many can't even afford health care.

The custodians are not directly employed by Eli Lilly. They work for cleaning companies like SBM that subcontract them.

A spokesperson with the Indianapolis Metropolitan Police Department said 48 protesters were peacefully removed and written a summons for violating a city ordinance.

It shall be unlawful for any person, whether an operator of a vehicle or a pedestrian, to willfully fail or refuse to comply with any lawful order, signal or direction of a police officer, a fire department official or of any other person authorized to perform any duties under this chapter or by state law.

City-County Councilors Zach Adamson and Duke Oliver were issued summons by officers during the protest.